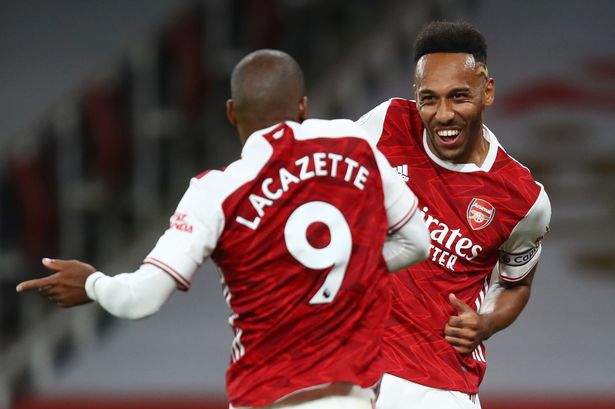 There’s no such thing as a one-man team – and here’s two of them.

The results of Arsenal and Leicester (7.15pm) are so closely associated with the form of Pierre-Emerick Aubameyang and Jamie Vardy that it is easy to muddle those two things up.

But Leicester’s record last season says they did better WITHOUT Vardy, winning eight of the 10 games he missed.

Same story for Aubameyang – Arsenal were W8 D5 L0 when he didn’t start.

Big stats, though of course with rotation and injury we’re comparing oranges to apples…

Is it going pear-shaped for Mikel Arteta?

Arsenal fans are now wondering if he’s just Unai Emery in one of Pep’s old jumpers. The Gunners boss will be having to wrap up against Vardy’s possible return today, but Arteta can at least count on the absence of several other big Foxes.

Now there’s no one leaving early to beat the traffic, a lot of football is happening in that Twilight Zone beyond 90 minutes.

Steve Bruce had Newcastle in the zone against Manchester United last week, changing a draw into a defeat, then a defeat into a drubbing.

This late-late culture will probably kill off ‘time of last goal’ betting at some point. But it hasn’t yet.

Dominic Calvert-Lewin’s brilliant Golden Boot start at 80/1 is brightening up this vale of tiers – but he can’t do it all on his own.

Richarlison is banned and James Rodriguez a big doubt for Everton ’s trip to Southampton (2pm).

It’s shaping like a game of small margins, so think big. Get on Michael Keane at 16/1 (Bet365) ‘anytime scorer’ – he’s looking high up on Carlo Ancelotti’s Plan B list.