John Leslie took to social media to thank well-wishers who had supported him through his court case after he was found not guilty of groping a woman at a Christmas party 12 years ago.

The former Blue Peter presenter, 55, posted a picture of himself looking into the sunset from a balcony and told his supporters he would be ‘spending some time putting my family back together again’.

Leslie, whose real name is John Leslie Stott, was accused of grabbing a woman’s breasts at the Soho Revue Bar, in Greek Street in London’s West End in 2008 but said the incident never happened.

The woman said she came forward after being ‘inspired’ by the MeToo movement, but Leslie was cleared of sexual assault by a jury of nine men and three women after just 23 minutes deliberation.

In a post on Instagram, the former presenter wrote: ‘Thank you to everybody who has supported me through this ordeal. I will be spending some time putting my family back together again.’

It comes just days after he successfully contested sexual assault charges at Southwark Crown Court for a second time.

Following his not guilty verdict, an emotional Leslie banged his forehead on the glass of the dock before putting his hand over his face and weeping.

The court had previously heard a woman claimed, out of nowhere, that the ‘over-excited’ presenter who ‘didn’t get out much’ grabbed her breasts and gave a ‘hearty laugh’ when she introduced himself to him.

Witnesses in the West End bar testified they were told about the alleged incident 12 years ago, but did not see it.

The woman eventually decided to report the incident to the police in December 2017, in the wake of the MeToo movement.

The woman, who cannot be named for legal reasons, told jurors that she spotted Leslie walking up towards her in the stairs as she was standing at the bar.

Recognising his face, she extended her hand and told him ‘nice to meet you.’

The woman said: ‘He shook my hand and he was smiling, and immediately he grabbed both of breasts, one on each hand. It was quite confident and I was very shocked.

‘It wasn’t a kind of quick grab. It was a solid grab and then after a period of three seconds he let go and he was laughing. I remember I didn’t say anything, I was a bit stunned, I was annoyed I think. I was shocked and he walked off with a laugh.’ Leslie, whose real name is John Leslie Stott, was cleared of sexual assault by a jury of nine men and three women after just 23 minutes deliberation Jocelyn Ledward, prosecuting, said: ‘The young woman was stunned and spoke to people about it at the time, but made no report to the police. In 2017, she decided she had to report the matter.’

Ms Ledward said the woman felt there was ‘a different climate and attitude towards sexual offending of this nature and she did not think her complaint would be taken seriously.’

Leslie told the jury he could not remember being at the party, and described the single allegation of sexual assault from as ‘crazy’ and ‘ludicrous’.

Giving evidence, he said: ‘I would not have touched her like some mannequin and walked off.’

During the trial famous faces Fern Britton, Anthea Turner, Yvette Fielding and Diane-Louise Jordan, from his time presenting This Morning and Blue Peter, all gave character statements to support their friend, calling him a ‘gentleman’.

The former presenter’s career first took a downward spiral when he was falsely accused of raping Ulrika Jonsson by the TV presenter Matthew Wright. Wright later apologised, saying he had given his name in error. Several other women have made claims of sexual misconduct against Leslie, and he was arrested in December 2002 on one count of rape and two concerning indecent assault.

In June 2003, he was charged with assaulting a woman twice between May 25 and 28, 1997. The charges were dropped at Southwark Crown Court on July 31, 2003 after new information emerged about the alleged victim.

In her summing up Judge Deborah Taylor had warned the jury not to ‘speculate’ about previous allegations against Leslie.

The judge said: ‘You’ve heard about a case in 2003 which was discontinued.

‘An allegation about Ulrika Jonsson and a police investigation into a further allegation which was discontinued in 2008.

‘It’s important you don’t speculate about past history, make any assumptions or come to any conclusions about it, you must concentrate on this charge.

‘It’s for you to consider the evidence for a whole to decide whether she’s been consistent and whether her evidence is true.’

In her closing speech, Leslie’s barrister Gudrun Young told jurors at Southwark Crown Court his accuser was able to orchestrate a ‘clever lie’ because her client was ‘a bit of an embarrassment’.

‘Since his fall from grace in 2002 he became notorious, infamous not for his TV work but for allegations of a sexual, scurrilous, scandalous nature,’ she said.

‘Trial by media is the worst and most unfair way of being judged. They can ruin you without a single shred of evidence.

‘People with all sort of motives can say anything about you. It’s difficult to defend yourself against that isn’t it?’

Summing up the defence, Ms Young accused the alleged victim of being unreliable and claimed she was influenced by his ‘notorious’ reputation.

‘It’s her undoubtedly imperfect memory of an event 12 years ago that lasted three seconds or thereabouts,’ she said. The former presenter was accused of grabbing a woman’s breasts at the Soho Revue Bar, in Greek Street in London ‘s West End but said the incident never happened

‘The briefest sliver of time. An event that no other single person witnessed. Nor is there forensics or DNA. Nor do we know exactly what she did or didn’t say to others.

‘Does she really remember what happened? Did she want her own MeToo story? Not every MeToo story told is authentic. True ones get mixed up with false ones. People lie or say things that aren’t true.’

‘She was changing, adapting, massaging her evidence to account for the bizarre fact that she says that this man went up in full view of others to commit this brazen sexual assault but no-one seems to have seen it.’

She pleaded with the jury to return a not guilty verdict and added: ‘Its just not credible.

‘It just didn’t happen. He knows he’s done nothing and he has nothing to hide.

‘There are two John Leslies. The John Leslie that’s been portrayed as a sex pest in the press.

Leslie presented Blue Peter between 1989 and 1994, and has also hosted Wheel Of Fortune and This Morning.

He was also the studio host for the first series of the UK version of Survivor, which aired on ITV in 2001. 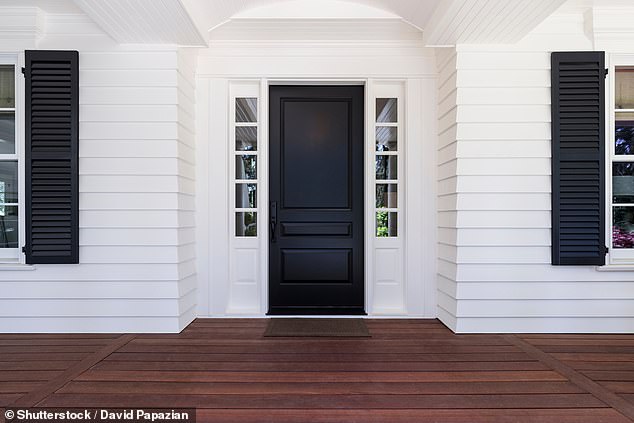 Here are the colours you should pick to optimise your rooms, according to an expert