This is the heart-stopping moment an elderly man descended a mountain crevasse without ropes – head first.

Incredible footage shows the Russian man, Diduh Andrey Andronovich, deftly dropping down the precipice from a huge height and finishing in the splits.

The clip was filmed at the Stolby Nature Reserve, near Krasnoyarsk, in Russia on September 19 and posted online.

Andrey who, according to local reports, is at least least 70 years old has a unique way of descending.

He chooses to slide down the vertical cliff head-first, without protective clothing or abseiling ropes.

He is instead dressed casually in ripped baggy jeans and a green hoodie, and is sporting a long white beard.

He uses his hands to steady his controlled fall and push off the rock in Spiderman-like movements.

The pensioner miraculously makes it to the bottom of the cliff unharmed and stands up straight to the applause of the audience gathered below.

His daredevil performance is not over yet as he shows off his agility by stretching one leg over the gap and finishing in the splits. 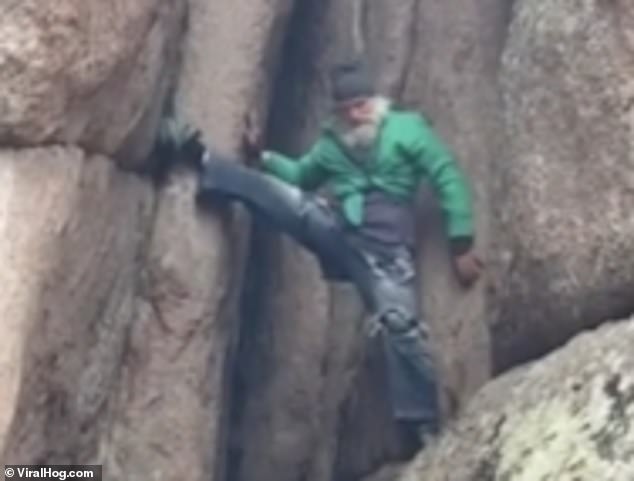 Andrey finishes off his performance with a leg stretch against the rocks, showing surprising flexibility for a septuagenarian

The person who filmed the footage gave away the unbelievable age of the man, saying: ‘His name is Andrey and he is 70 years old!’

Ezulwini the friendly elephant scrapes a safari car with his tusks 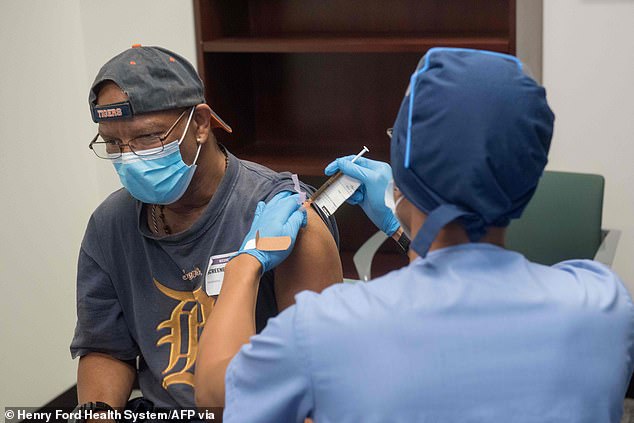 New online tool reveals when YOU can get the coronavirus vaccine 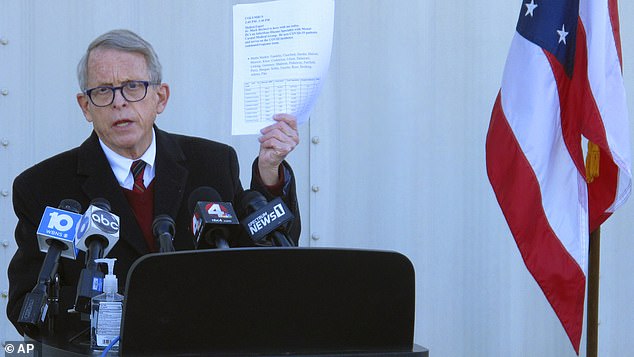