Two pubs in the same village have been hit with different Covid rules – meaning locals are free to socialise with friends in one but banned in the other.

A mere 350 yards separates the The Eight Bells and Three Horseshoes, both of which are in the small English village of Bures.

However, despite being in the same village, the two watering holes are actually in different counties.

Bures straddles Suffolk and Essex, with a tiny bridge over the River Stour – which splits the two parts.

But now the village, home to around 1,400 residents, has a new invisible divide after the two counties were put into different categories of the government’s Covid alert system.

While Suffolk was classed as a Tier 1 area, neighbouring Essex was classified as a ‘high risk’ infection zone – making it Tier 2.

A mere 350 yards separates the The Eight Bells and Three Horseshoes, both of which are in the small English village of Bures

However the The Three Horseshoes (pictured), which is on the Suffolk side of the village, is under Tier 1 restrictions

Those living in the Essex half of the village are now no longer able to meet for a drink with other households, while those on the Suffolk side can, providing they stick to the government’s rule of six.

What are the rules under Tier 1 and Tier Two restrictions?

Under Tier 1 restrictions, currently in place across most of the country, including, in this case, Suffolk, people living in these areas must adhere to the current national Covid-19 rules.

These include the 10pm pub curfew, the Rule of Six, which prohibits social gatherings of more than six people in any setting, and face masks in public places.

Under Tier 2 restrictions, currently in place in areas such as the north east, parts of the north west, London and Essex, people in those areas must adhere to stricter rules.

The major change is in household mixing, with people in Tier 2 banned from mixing from other households in indoor settings. The Rule of Six still applies to outdoor settings, including pub gardens.

It means that The Eight Bells, in Essex, and Three Horseshoes, in Suffolk, now face different rules.

Willy Amos, 83, landlord of the Eight Bells, said: ‘It is a bit confusing, they can come over here and we can’t go over to there – it’s a tale of two villages.

‘We have only really had one day of it, we don’t have a clue what is going to happen, it certainly is not going to help.’

Willy also says trade has dropped dramatically due to Covid and he fears what will happen to his Essex pub after it was moved into the High Tier.

The great-grandad said: ‘It is down two thirds. Before this happened we would have had 30 people in the two bars, now we can only have 10.

‘I’ve never known anything like this in my 40 years running the pub.’

Just a stone’s throw away in the Three Horseshoes over the Suffolk border Essex residents are now barred from drinking with friends inside.

Landlady Pat Mulcahy , 71, says she won’t act as a border guard and check drinkers’ passports before serving them.

She said: ‘I suppose there’s a temptation to mix but a long as my rules are followed its up to the individual really.

‘It is not my job to check passports, it is hard enough as it is.

‘When we reopened things were good as everyone was in the garden and my trade increased. Now we have colder weather and the 10 o’clock curfew.

Willy Amos , 83, landlord of the Eight Bells, in Essex, said it was ‘a bit confusing’. Pat Mulcahy , 71, landlady at the Three Horseshoes, Suffolk, says she won’t act as a border guard and check drinkers’ passports before serving them.

Those living in the Essex half (left) of the village are now no longer able to meet for a drink with other households, while those on the Suffolk side (right) can, providing they stick to the government’s rule of six

The village of Bures is made up of two civil parishes, Bures Hamlet in Essex and Bures St Mary in Suffolk

‘This is the toughest it has been in the 25 years I have been here, it is just a nightmare for everyone and it doesn’t end.’

The split came into force at midnight on Saturday after bosses at Essex County Council lobbied to be moved from Medium to High tiers – despite not meeting the infection threshold.

Neighbouring Suffolk County Council has made no approach to government and at present will remain medium due to its low rates.

Defending the move Leader of Essex County Council, councillor David Finch, said: ‘We think the government has decided correctly and been guided by the science. The fact is that the number of cases in Essex is rising exponentially.

‘We understand that the move to the high COVID alert level may affect people’s lives and businesses and we understand the very strong feelings about this.

‘However, we have a duty of care to the people of Essex, and we firmly believe that this is the best route to minimise disruptions, to save lives – not just for those with the virus, but for other patients as well – and to protect businesses.’

Bures: The small English village split by a river and a county boundary

Mentioned in the Doomsday Book of William the Conqueror’s era, the village of Bures, which today straddles the modern-day counties of Essex and Suffolk, is referred to as ‘Bura’ or ‘Bure’.

It is documented as having a church with 18 acres of free land.

Though it is not know the exact origin of the village’s name, it may come from the Old English word ‘Bur’, meaning cottage, or the Celtic word for ‘boundary’.

Alternatively, its name may come from the name of a French village, had it not been named before the Norman Conquest, with at least eight French villages having the same name.

During the Victorian era, Bures (pictured) was an industrial village with its own tannery, maltings, brickworks, abattoir, gas works, electricity generator and many other small industries

During the Victorian era, Bures was an industrial village with its own tannery, maltings, brickworks, abattoir, gas works, electricity generator and many other small industries.

At one time, the village had eight public houses.

Before the invention of civil parishes in the 1870s there was no division, apart from the county division.

Now it is made up of two civil parishes, Bures Hamlet in Essex and Bures St Mary in Suffolk.

The village, which has a population of around 1,700 people,  is erved by Bures railway station and has a football team, Bures United F.C. 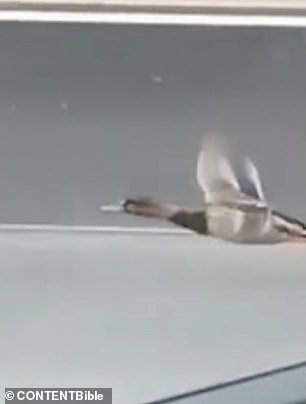 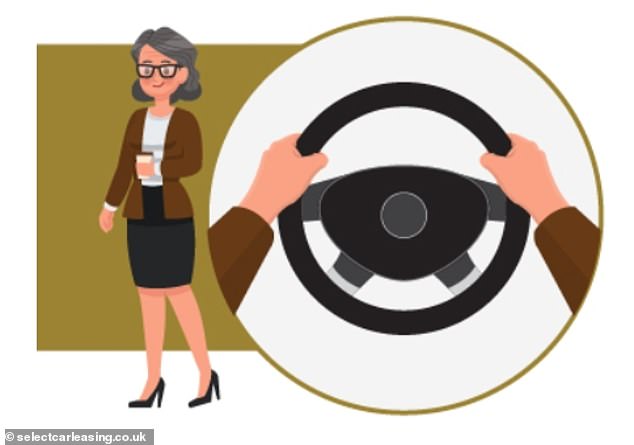 How do YOU hold the steering wheel? Expert reveals what position of hands says about you