Sweden has taken its first step towards regional lockdowns by bringing in tougher rules for Uppsala hours after revealing plans to ease restrictions for the elderly.

The 170,000 citizens have been asked to work from home, avoid social gatherings, physical contact and public transport, although the rules do not affect schools or restaurants.

‘It is not a lockdown as that would mean that you shut down the whole society,’ said Anders Tegnell, the architect of Sweden’s liberal approach to the pandemic.

It comes after the epidemiologist said that he wanted over-70s to ‘live a bit more of a normal life’ after months of being told to avoid social contact and do their shopping online.

The city of Uppsala, north of Stockholm, is the first to be placed under new local guidelines which were ratified on Monday (stock image) Sweden has seen a rise in cases since the summer low point, but the country’s top epidemiologist said the increase is less ‘dramatic’ than in much of Europe Sweden recorded another 676 cases of coronavirus on Monday, though there were no deaths.

The rules for Upsala follow the approval yesterday of a legal framework for local restrictions to be imposed by the government in Stockholm.

Tegnell said the decision had been made with local authorities after it emerged that the virus was not spreading in clusters but was moving through broader society in the city.

Earlier he told a press conference that he wanted to reassure the elderly that they could be careful without shutting themselves away like their counterparts throughout Europe.

The promise comes despite official figures showing that 70 per cent of Sweden’s coronavirus deaths have occurred in care homes for older people – but Tegnell rejected claims that the Nordic country has ‘sacrificed the elderly’ to stay open.

Cases have risen since the summer but Tegnell says the increase is less ‘dramatic’ than elsewhere in Europe, while deaths remain stagnant.

Sweden has never gone into lockdown, and bars, shops and restaurants have stayed open throughout the pandemic along with primary schools.

However, over-70s were told to ‘limit close contact with others’ and ‘maintain contact with your nearest and dearest via telephone or computer’ rather than in person.

Older people were also encouraged to avoid public transport and ‘ask for assistance with food shopping and performing errands’.

‘Basically we mean that we will send a message to elderly people, you don’t need to completely isolate any more,’ said Sweden’s state epidemiologist. 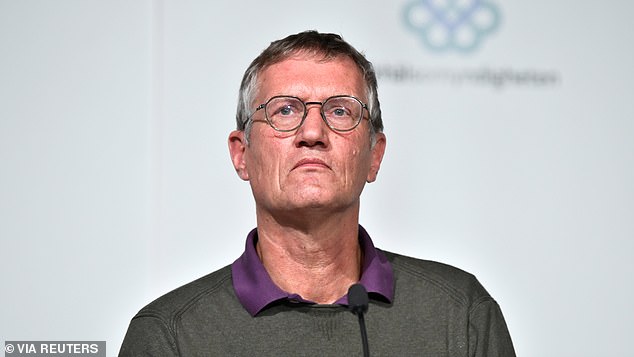 Anders Tegnell (pictured), the architect of Sweden’s no-lockdown policy, said it was a ‘priority’ for Sweden to ease restrictions for older people ‘We send the same message to them that we send to the population in general: avoid big gatherings, keep your distance.’

Sweden’s total death rate is higher than in the rest of Scandinavia, but current rates are low with an average of only three fatalities per day.

‘Unfortunately our death rates, everybody would wish that they didn’t happen and I would also like to say that this is nothing we really anticipated,’ Tegnell said.

‘This is not any kind of risk we took willingly or knowingly. I know critics have said that we sort of sacrificed the elderly in Sweden but that is absolutely not true.

‘But the epidemic in Sweden was different, especially in Stockholm and the surrounding area, than in many other parts of our neighbouring countries.’

A review by Sweden’s health and social care inspectorate found in June that 70 per cent of Covid-19 deaths were linked to care homes for older people.

However, new regulations in the country’s 1,700 care homes allowed a visiting ban to be lifted on October 1.

Tegnell has previously cited the high rate of care home deaths as evidence that a lockdown among the general population would have been pointless.

But Tom Britton, a maths professor at Stockholm University, argued in an interview with The Local published today that tighter restrictions could have saved 4,000 lives or more.

‘I think that if we had done a more serious lockdown, we would have saved more lives, but we would still probably have had maybe 1,000 or even 2,000 dead people,’ he said. Sweden’s current death toll is 5,918.

Britton added that once Sweden had initially stayed open, ‘they probably realised, if we want to completely stop this now, there would have to be a sort of tremendous lockdown.

‘And I think that they probably thought that this would be impossible to do. We would have had to close everything.’

After bringing cases to a minimum in late summer, Sweden has seen a resurgence along with most of Europe in recent weeks.

Last week saw 4,749 new cases added to the tally, compared to only 1,027 in the first week of September. 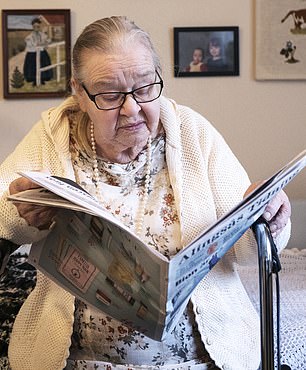 However, Tegnell said the increase was less ‘dramatic’ than in much of Europe and was already showing signs of easing.

‘A couple of weeks ago we had an increase of 20 per cent from one week to the other, now we are down to 5-6 per cent,’ he said.

‘We have a problem in the Stockholm area, it seems to be stabilising in Stockholm, we hope that continues.’

Tegnell added: ‘You shouldn’t underestimate how much people have changed their lifestyles in Sweden.

‘Restaurants are run in a completely different way, we work from home a lot more, we travel very much less than we used to and many things have changed in Sweden.’

Sweden has also been an outlier on masks, where Tegnell has maintained that there is little evidence of their effectiveness.

He pointed to the fact that most of Europe is seeing a sharp rebound despite imposing mask rules ass a sign that face coverings do not stop the spread.

‘I think it’s dangerous to think that masks will make a huge difference when you have an epidemic like this running,’ he said, adding that the evidence was ‘weak’.

Tegnell also said there was a ‘mixed picture’ on immunity, dampening hopes that Sweden’s strategy would bring the virus to a standstill once enough people have recovered.

The idea of ‘herd immunity’ has been touted by those opposed to lockdowns but Tegnell has maintained that it is not part of Sweden’s strategy.

‘So it’s a really mixed picture and what it means is probably that the spread in the society is very, very uneven.

‘So I don’t think we’re leaning too much on that, we’ve never done, but now we’re mainly looking at number of new cases try to trace them back to their source and doing quite a lot of contact tracing and testing to stop the spread as effectively as possible.’

With goals from Cristiano Ronaldo and Álvaro Morata, Juventus advanced to the last 16 of the Champions League | The State

Mexico, Argentina and Peru are the worst countries to live in during the coronavirus pandemic | The State