The message of the organizations is strongly focused on families with mixed immigration status, so that they understand the power of raising their voice in the Presidential Elections

The student of Ecuadorian origin, Evelyn Bueno is the first in her family to be able to vote in a presidential election.

With only hours to complete the agonizing effort of the 2020 Census last week, community-based coalitions repowered all their machinery to now focus on boosting the Latino vote of the youngest in the neighborhoods of the Big Apple, with the presidential election just two weeks away.

The calculation of organizations that defend the rights of immigrants in New York City is very clear: in 15 days the most important elections in recent history will be held and although in theory thousands of undocumented people could be out of this accountIn practice, within the so-called mixed families, every day more voters are added that can define these challenging elections.

“Every 30 seconds a Latino turns 18, according to our investigations. And those young people now of voting age, from a very young age are seeing their parents sacrifice themselves in this country. They also suffer how they are treated for their immigration status “, said Yesenia Mata, director of the organization La Colmena de Staten Island, who drives the initiative “My vote is our vote.”

The activist assured that in these next few days they will accelerate, in multiple ways, the expansion of the message so that thousands of Hispanic working class people understand that they can have within their reach “the power to transform the country through voting.”

🗳 Today we are officially launching, “My Vote, Our Vote” – our voting outreach campaign to turn out Latinx voters on Staten Island. We will be in the airwaves, social media, & in our neighborhoods to ensure the voices of our immigrant & Latinx community are heard this election! pic.twitter.com/fIPqUM8r1v

“Undocumented do have a voice”

“We have observed that in every corner of the city the cases of parents who cannot afford to pay are multiplying, but their children born in this country do have that right. This is an indicator that the undocumented do have a voice. to transform this state of fear, xenophobia and racism, where our people suffer, but also our economy, ”said Mata.

The central message of the campaign that started this Monday on the different social platforms is that many immigrant parents have made an effort to give their children a promising future in this country, and now it is the children who have the power to decide for their parents by voting in these next elections.

Much of the young New Yorkers who are part of this campaign have siblings or cousins ​​who are beneficiaries of Deferred Action for Childhood Arrivals (DACA). Such is the case of New Yorker Evelyn Bueno, 18, who studies in Queens collegue to be a teacher and It is the first of a family of Ecuadorian immigrants you have the option to pay.

“What motivates me to be part of this initiative is that finally I am the voice of my family group. My sister is 21 years old and is covered by DACA. I want us to get ahead. Many times we young people think that voting is not worth it. I am currently the only one in my family who has this opportunity and I am going to take advantage of it ”, she commented.

Looking for a “polite vote”

La Colmena’s initiative is not the only one. The New York Immigrant Coalition (NYCI), the Hispanic Health Network and the Latino Commission Against AIDS promote the ‘Together, Together we are stronger ’” that through their different networks and community contacts try to encourage participation in this electoral process.

“After having closed a very complicated census that will give many challenges in responding to the health problems of the most vulnerable, we are in a civic race to get an educated vote, that it be a step towards economic, migratory and inclusion relief for those who suffer most ”, argued Guillermo Chacón, director of Hispanic Health Network.

The strategy of ‘Together, Together we are stronger’ is to integrate in the short way of two weeks of the electoral campaign and a few days before the beginning of the early voting period, other ethnic groups of youth such as African Americans They share the same challenges of overcoming poverty and discrimination.

“These are various groups that have been under attack and have responded in a divided way. Through our community contacts and social media campaigns, a key means of communication, we are trying to educate for the vote. One of the lessons of 2020 is the need to integrate”Said the activist.

Also the organization Make the Road New York (MRNY) has oiled its machinery to promote this week the massification of messages on the importance of voting.

“We have already driven more than 100,000 calls and we have sent more than 50,000 text messages to immigrant, Latino and black voters, focusing especially on places like Long Island. And we will continue to lead these efforts because we know that we need to go out and vote for a dignified future for our people, ”he reported. Antonio Alarcón, Coordinator of Civic Participation 2020 of MRNY. 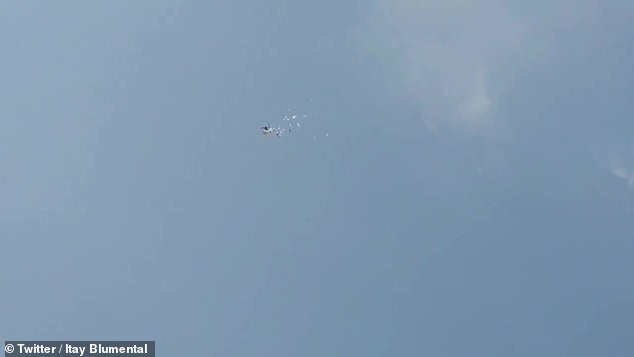