Kim Kardashian pops out of a birthday cake in a shimmering bikini to show even her milestone 40th can be a marketing masterclass.

The stunt by the reality TV star-turned-business mogul signals not just the start of a new decade in her life but also the launch of a new beauty range.

It will be released to eager fans at the precise minute on Wednesday that Kim celebrates turning 40.

But while her beauty business may come first, Kim is keen not to brush off the years she has racked up.

The mother-of-four, who lost her father to cancer when she was just 23, said: “I’m proud my kids get me here another year.

“I always think about that.

“Particularly losing your dad or a parent, or someone close to you, at a young age.”

Dad Robert – best known as one of the lawyers who defended OJ Simpson – was just 59 when he died.

Kim, arguably the most famous face in the world, added: “I obviously do what I can to try and feel youthful or to look a certain way. But I’m not one that gets nervous about getting older.”

Since the launch of reality show Keeping Up with the Kardashians in 2007, Kim has led the charge in learning to monetise the fame it brought.

She is worth an estimated £700million, while she and her siblings together have a total fortune in the billions of dollars.

Canny Kim now runs two businesses. There is her makeup label KKW Beauty, the ‘“W” from her marriage to rapper Kanye West.

And then there is her shapewear range, Skims – on course to become a billion-dollar brand. It reportedly took $2million in minutes following its launch last year.

Kim is also now following in her father’s footsteps and training as a lawyer, all while raising daughters North, seven, and Chicago, two, and sons Saint, four and Psalm, 17 months.

And she also gets involved in causes close to her heart, last year visiting the White House to back law reforms helping released prisoners find work.

Kim said: “I’ve never worked this hard. Back in the day, we’d get up and do satellite media tours.

“We’d start hair and makeup at three in the morning to be live at five. I thought that was working hard.

“Now I feel just juggling a relationship, kids, being a mom, work… it’s just a different kind of experience.”

So it may be a relief that the pandemic has forced her into slightly quieter plans for her 40th.

They have been known to hire sports venues and teams, or commandeer theme parks.

This year Kim will have a low-key do with Kanye, 43, and their kids at her £46million Los Angeles mansion.

She had intended to throw a huge Wild West-themed party.

Kim said: “I had the best plan. It was going to be called Wild, Wild Miss West’s 40th Birthday. I had Manfred Thierry Mugler make me a metal cowgirl costume. It’s insane.

“I don’t even want to waste it on a party for myself with five people. I want it to be something. So, maybe next year. 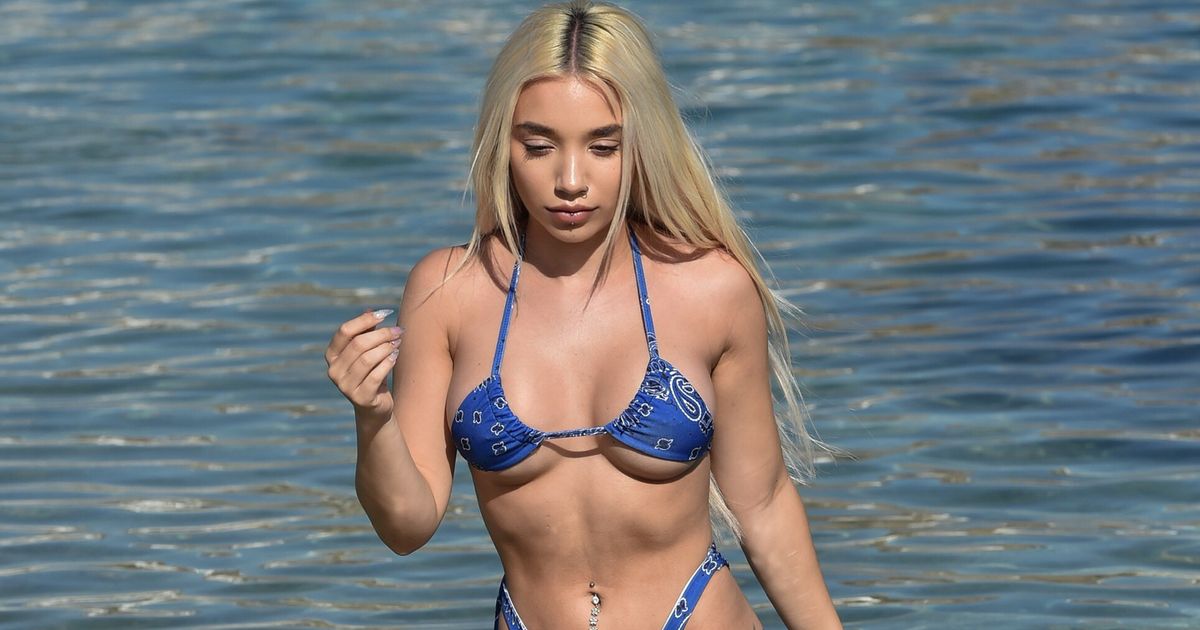