Kim Kardashian gave fans an early birthday surprise by hopping out of a gigantic cake! The ‘KUWTK’ star was promoting her glittery new makeup collection that’s dropping on her 40th birthday.

The sweetest birthday surprise! Taking a cue from that classic scene in the 1952 film Singin’ In The Rain, Kim Kardashian literally jumped out of a life-size birthday cake (well, not a real one) during a photo shoot to promote her 40th birthday makeup collection, Opalescent, named after the Opal birthstone for October. The collection launches on Kim’s actual birthdate — Oct. 21 at 10:46 a.m. — but Kim’s KKW Beauty brand shared a photo from the shoot on Oct. 16.

The makeup collection features a pretty range of shimmery colors inspired by the opal stone, which Kim previewed for the very first time on her Instagram Story on Friday as well (see the video below). To match the metallic shades in her new KKW Beauty products, Kim dressed up in a metallic silver bikini top that she coordinated with figure-hugging glitter pants in the same color for her cake-themed photo shoot!

“To celebrate turning 40, I wanted to create a collection that was unique from the products and shades down to the packaging,” Kim captioned the photo from her sugary photo shoot. The Keeping Up with the Kardashians star added, “As I was developing the product range, I thought of my Opal birthstone because there are so many different colors that come from the stone based on the refraction of light.”

The metallic silver outfit that Kim rocked for her photo shoot channeled major early 2000’s energy, which is the exact vibe Kim has been going for as of late. After all, her fame did start in the aughts! Kim’s other retail brand, SKIMS, is also launching a new line of velour loungewear that’s like a 2020 version of the Juicy Couture tracksuits that Kim often wore in her 20’s. She even teamed up with her fellow aughts icon — BFF Paris Hilton — to model the SKIMS tracksuits at a gas station, which HollywoodLife shared photos of on Oct. 16. Like the Opalescent collection, the new loungewear line drops on Kim’s birthday.

Kim also reminded us of a pop star from our current era — Ariana Grande — while rocking a sky-high ponytail in another photo to promote the Opalescent makeup collection. The mother of four stunned in a cherry-colored corset top and leather pants that time! 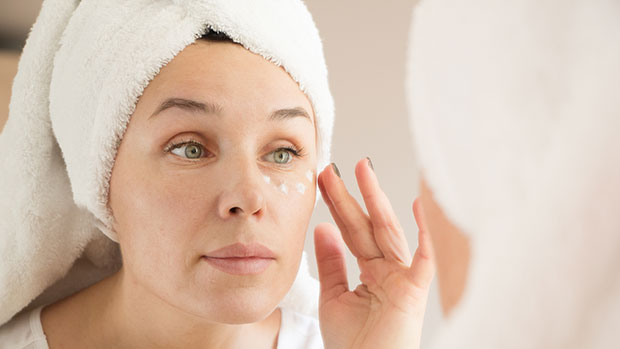 Loose Neck Skin? The New No Laser Way To Get Rid Of ‘Tech Neck’ 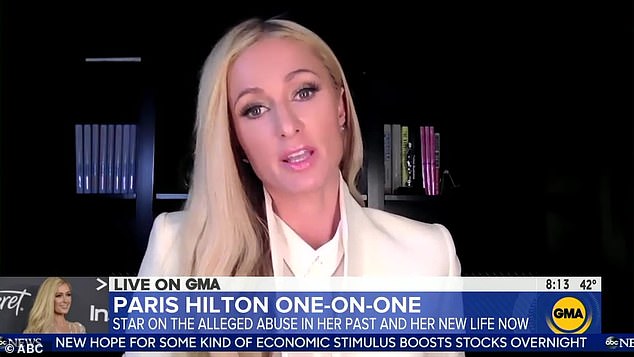