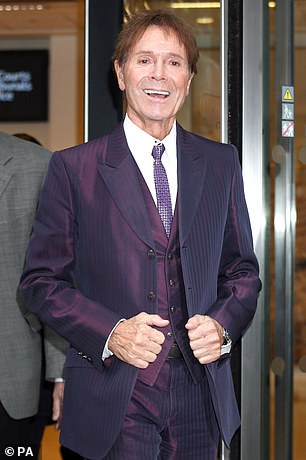 Only two years ago he emerged triumphant from his High Court battle against the BBC which had, he said, left his reputation ‘forever tainted’.

But in the week he turned 80, Sir Cliff Richard has given startling proof that he lives up to the Christian precept of loving your enemy — by recording a special edition of the Beeb’s flagship religious programme Songs Of Praise.

I can reveal the programme was filmed in St Paul’s Cathedral last week with the working title ‘Britain’s Favourite Carol’.

But an insider assures me that there is no question about who the star of the show is.

‘It’s Cliff,’ he tells me. ‘The BBC showed him the idea of the programme — it was wonderful. He sang Bethlehem and a less well-known carol and talked about his faith.

‘It’s set to go out before Christmas. The deal was that he would be ‘the star’.’ Nevertheless, anyone who had suffered Sir Cliff’s experiences might have demurred.

He described as ‘heartbreaking’ a BBC report in which a helicopter was deployed to record a police raid on his house in Berkshire in 2014.

Sir Cliff subsequently took action against both the BBC and South Yorkshire Police. The latter apologised and paid him damages. The BBC issued an apology — but refused a pay-out, only for the case to be resoundingly settled in his favour with the Corporation ordered to pay him £210,000, as well as £850,000 of his legal costs.

‘Cliff explained that he doesn’t hold grudges and that the only way in life is to move on and move forward,’ I’m told. ‘His view is that all is good again.’

Sir Cliff has been a devout Christian since the mid-1960s. It was at a Billy Graham event, in front of 27,000 people at Earls Court in London, that the star revealed his new-found faith.

She has revealed she was once groped on set by a famous actor.

But Bond actress Naomie Harris now says the Me Too Movement has had a positive impact on boorish behaviour.

‘I recently did a film where the producer stood up before we had even started shooting, and he said, ‘This is an environment which is not tolerant of any abuse towards women.’

‘I’ve never had a producer say that before. I feel as though lots of men are running scared — and I don’t mean the good men as the vast majority of men have nothing to fear — but there were some really bad apples and they’re getting their day now in court.’ 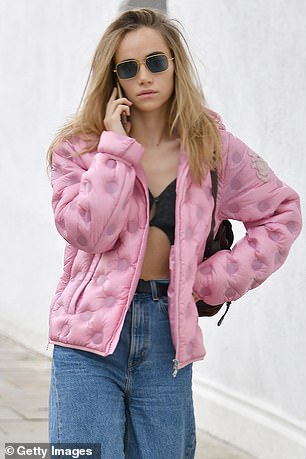 Suki Waterhouse out and about in London

Because shirts are SO last season darling, says Suki

Her boyfriend Robert Pattinson is filming Batman in Liverpool, and subject to Tier 3 strictures.

The model was not feeling the autumnal cold yesterday as she was spotted out wearing just a black bra under her pink jacket.

He returned to the set following his recovery.

Now there are fears that shooting may have to be halted again.

However Liverpool City Council is insisting safety measures are being adhered to and will not impact on filming in the city.

The Monty Python actor and travel documentary maker would like to return to ‘the Himalayas without falling down the mountain this time’.

‘I would like to go Central Asia. I’d like to go to the Stans and go to that wild area, where Genghis Khan and the Mongolian invasion started, because they have a huge impact on our history.

‘I think there’s going to be slightly more of a world of mistrust in the years ahead. We’ll be very careful about who we should talk to and what foods we should eat and if we could hug a local — that probably won’t happen for a year or two years, who knows?’ Indeed . . .

Edie Campbell proves that she’s the real thing when it comes to promoting recycling.

The model wore an outfit made out of Coke cans for a fashion shoot for More Or Less magazine.

When the Vogue covergirl was dating Bryan Ferry’s son Otis, she admitted she rather enjoyed the contents of pop cans. ‘I don’t worry about chemicals,’ she said. ‘There are enough chemicals entering my body through all the fizzy drinks I consume to worry if my lip balm is 100 per cent organic.’

Just don’t get her all shook up!

How baroness bounced back

Confidence is all in the jeans according to Michelle Mone.

The former bra tycoon, who revealed in spring that she had lost 8st after years of dieting, admits that when she was younger she had body confidence issues.

But she felt able to face the world after trying on a pair of designer jeans that fitted her shape.

‘I remember the moment when I started getting my confidence back,’ says Lady Mone. ‘I was out shopping with my mum and spotted some lovely jeans in the window of Karen Millen.

‘My mum started trying to convince me to go in and try them but I wouldn’t. I never felt comfortable enough with my body to shop there. Eventually, I relented and slipped into the changing room. ‘ ‘Oh my god!’ I shouted. ‘They fit!’ ‘

Fergie’s in Wonderland as she hits 61

Sarah, Duchess of York was not short of love on her birthday yesterday.

Princess Eugenie marked her mother turning 61 with a throwback picture of Fergie sitting on an imitation toadstool. ‘You are one of a kind. There were too many pictures to choose from that show how completely unique you are,’ gushed Eugenie.

The Duchess made light of her low-key celebrations in a video message, saying: ‘Sixty-one, still red-headed and not out.’

Do not mess with Christopher Eccleston. He has a fiery temper according to Homeland star David Harewood, who witnessed him having an on-set tantrum. ‘I’m not going to have a stand-up row in the middle of a set with somebody because I want to do it one way and you want to do it another way,’ says Harewood . ‘Some actors would. I’ve seen one stand-up row, Chris Eccleston one time really took a strip off a director, which I thought was a bit out of order.’

Kylie Minogue’s bid to become the first female artist to score No. 1 albums in five different decades could be thwarted by Little Mix, who are releasing their new collection Confetti on the same day as the Aussie star’s Disco. ‘Look, you’ve always got to be up against someone,’ muses Kylie of the impending chart battle. So why should music fans opt for Disco? ‘If you want to feel a little nostalgic, but find some new dance moves as well, then my album’s for you.’ Better the devil you know, one might say. The crash diet: How I went from almost being killed in a car accident to riding a 100mile bike race 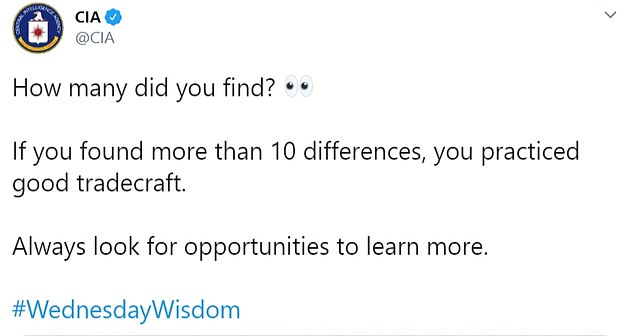 Twitter users beat CIA at their own trivia game

Sir Trevor McDonald, 81, is seen for the first time after ‘splitting from his second wife, 65’