Salvador Cienfuegos, alias “El Padrino”, was Secretary of Defense in the government of Enrique Peña Nieto

It is the same court where he was tried and convicted Joaquín “El Chapo” Guzmán Loera and where the former Mexican Secretary of Public Security faces similar accusations, Genaro Garcia Luna, during the government of Felipe Calderon.

Court documents indicate that “The Godfather”, also referred to in the underworld of crime as “Zepeda”, faces accusations from a Grand Jury for conspiring in the production and distribution of heroin, cocaine and methamphetamine between December 2015 and February 2017.

“The Godfather” is related to Cartel H-2, which was led by Juan Francisco Patron Sánchez, alias the “H2” or “El Chico”, one of the leaders of the Beltrán Leyva Cartel, from which the Sinaloa Cartel emerged and they became enemies. Patron Sánchez was killed by the Armed Forces on February 9, 2017, in Tepic, Mexico.

“The defendant served as Secretary of National Defense in Mexico from 2012 to 2018. The defendant abused that public position to help the H-2 Cartel, an extremely violent Mexican organization… he trafficked thousands of kilograms of cocaine, heroin, methamphetamine and marijuana in the United States, including New York City “, indicates the East District report. “In exchange for bribe payments, he allowed Cartel H-2, a cartel that routinely engaged in outright violence, including torture and murder, to operate with impunity in Mexico.”

“’El Padrino’… along with others, knowingly and intentionally conspired to: (i) carry out one or more financial transactions in and that affect interstate and foreign commerce, namely: the transfer and delivery of Mexican and US currency, whose De facto transactions involved products of a specified illegal activity, namely: narcotics trafficking, ”the document dated August 14, 2019 indicates.

In the case history, the Brooklyn-based court indicates that Cienfuegos was wanted at the end of 2019 and on January 1 he was reported as a “fugitive,” while various law enforcement authorities, such as the DEA, worked “ various options for his arrest ”.

The assistant prosecutor Michael P. Robotti, who is also leading the case against García Luna, will be the one who represents the United States Government in the accusations.

Cienfuegos was arrested in Los Angeles California while traveling with his family, confirmed the Mexican Foreign Secretary, Marcelo Ebrard.

The former head of the Mexican Armed Forces was part of the former president’s cabinet Enrique Peña Nieto and has been classified as one of the most controversial figures in the fight against drug trafficking, noted for his alleged involvement or knowledge in high-impact cases: the disappearance of the 43 Ayotzinapa students and the execution of 22 witnesses in an Atlataya winery, Mexico state.

General Cienfuegos will have his first court hearing in California, but in the next few days he will be transferred to New York, where he could be sent to a prison in Manhattan, the same prison where Guzmán Loera was, or in Brooklyn, where he has to García Luna.

Salvador Cienfuegos, “El Padrino”, is related to the operations of the H-2 Cartel, which was led by Juan Francisco Patrón Sánchez, alias the “H2” or “El Chico”, arm of the Beltrán Leyva, later enemies of #ElChapo. pic.twitter.com/6aU9TEiAsa

The name of Cienfuegos was not publicly revealed in the Guzmán Loera trial, but Jesus “The King” Zambada, a former partner of Guzmán Loera, claimed that “a general” was bribed, who was allegedly paid $ 50,000 a month to protect members of the Sinaloa Cartel.

The Colombian Alex Cifuentes, a former partner of “El Chapo” also mentioned a “general of the nation” in Mexico who was tried to bribe with $ 10 million dollars, but did not accept it, because “he did not like Guzmán Loera.”

It should be noted that the indictment does not mention the criminal organization now led by Ismael “El Mayo” Zambada and the sons of Guzmán Loera.

The Mexican president, Andrés Manuel López Obrador, indicated that in Mexico there was no open investigation against Cienfuegos Zepeda. 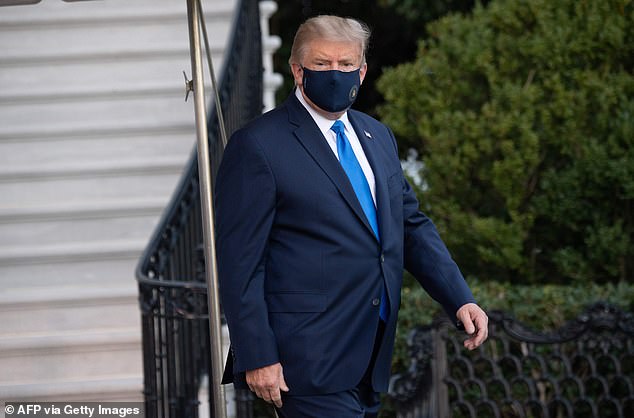 With a hidden camera, a TV program ambushes a pedophile expert in child pornography in a park in Colombia | The State