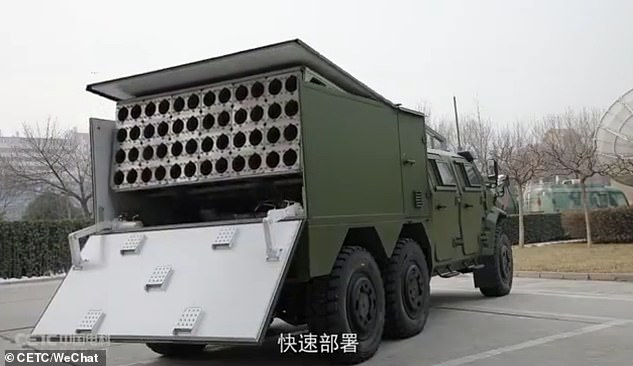 China has flaunted its latest military drones: a team of small attacking aircraft that can be launched in swarms and work together in midair to destroy targets on the ground.

The weapon, dubbed ‘suicide drones’, can be launched from the back of a truck or a helicopter and strikes the enemy precisely, a propaganda video shows.

This is the first time China has put into use a group of unmanned aerial vehicles that operate as a unit to complete military tasks, according to their state-controlled manufacturer.

Footage released by China Electronics Technology Group Corporation, the drones’ developer, shows the weapon’s ground launcher: a military truck with 48 launching cells at the back 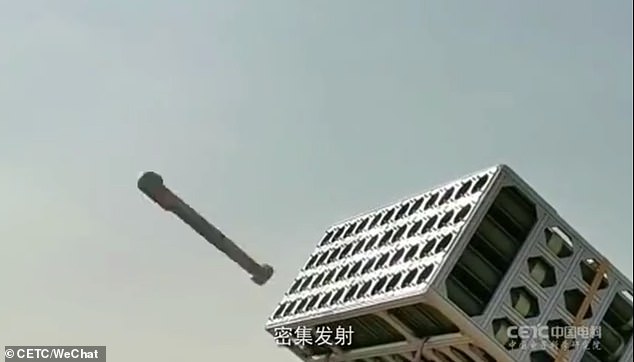 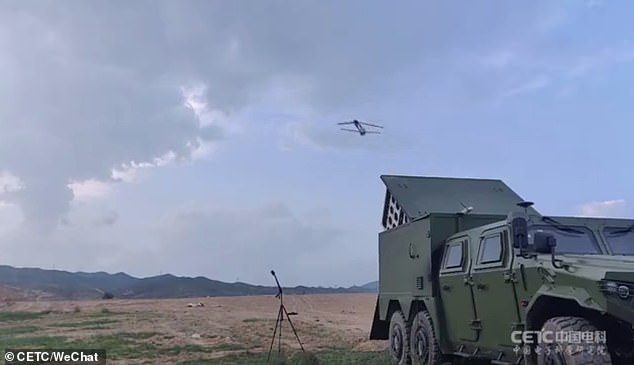 China has stepped up its military drone race with the United States in recent years.

Among others, its arsenal includes unmanned stealth fighter jets fitted with AK-47 rifles and deadly drone bombers which can fly 35 hours without refuelling.

Although the developer is yet to reveal the exact model of the drones, they appear to be similar to the CH-901, a type of loitering munition developed by the Chinese military. 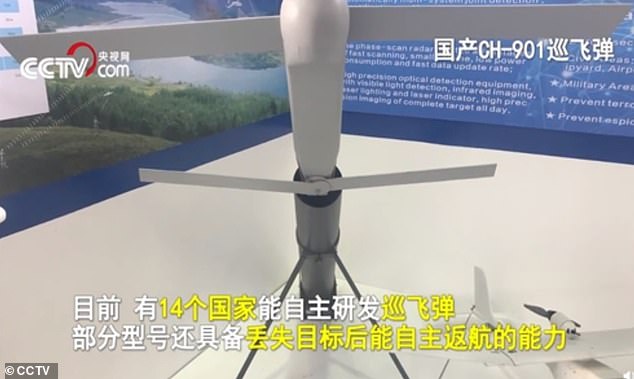 The CH-901 is classified as a ‘suicide drone’, an analyst told China’s state-run newspaper the Global Times earlier this year.

Suicide drones are a kind of weapon that can offer various new tactics to the army, especially the capabilities of attacking time-sensitive targets.

Chinese military expert Wei Dongxu branded them as a ‘perfect combination’ of a drone and a cruise missile.

‘During reconnaissance, as soon as it discovers valuable targets, it will instantly turns itself into a cruise missile to strike the ground target precisely,’ he told state broadcaster CCTV. 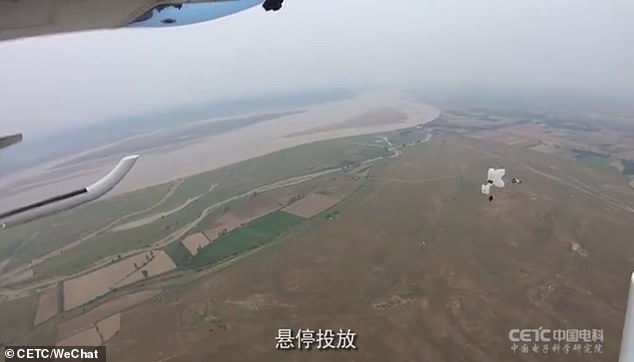 The drones can also be dropped from a higher altitude by helicopters, as the footage shows 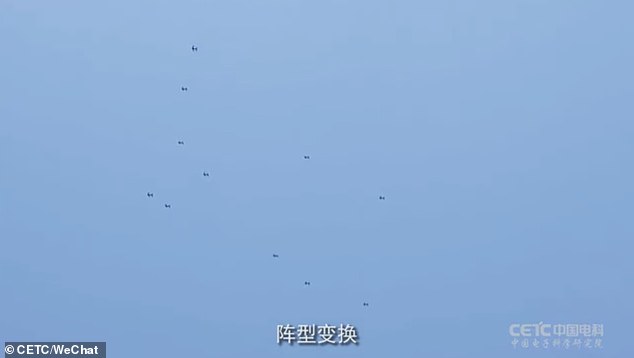 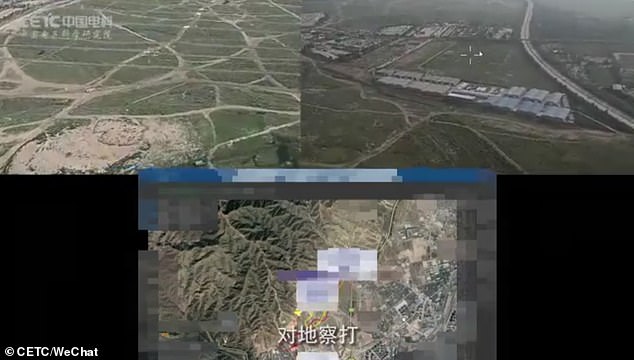 In a social media post from Tuesday, the CETC claimed that the team of drones could be deployed quickly and flexibly. They can be fired from the ground by a truck or dropped from the air by a helicopter.

The firm stated that members of the drone swarm could be shot up from the back of a truck in quick succession, creating a formation in the air accurately and changing its arrangement according to commanders’ needs.

They are also capable of carrying out air-to-ground reconnaissance and take down targets precisely.

A propaganda video of a drill shows a military truck with 48 launching cells at the back catapulting the airborne weapons into the sky before they form different patterns while flying.

Paul Scharre, a former senior Pentagon official and an expert on drone warfare, expected China’s swarm drone systems to be ready for battle in ‘a few years’.

Commenting on CETC’s video, Mr Scharre told The Times: ‘We can’t see from the Chinese video whether the drones are communicating and co-ordinating with each other.

‘It could just be a launch of drones like the launch of missiles from a multiple-launch rocket system.

‘However, the test shows that China is developing swarm drone systems and they could be operational in a few years.’

The insider said the PLA were still ‘in the early development stage’ and that a main concern was how to stop the communications system from getting jammed.

According to Chinese state media, the country’s army is developing two types of ‘suicide drones’.

Apart from the CH-901, engineers are also working on the WS-43, which can be fired from a rocket launcher with a maximum range of 60 kilometres (37 miles). It is said to be capable of hovering above its target for as long as half an hour.

The weapon appeared during a recent combat exercise in southern China, according to a report.

The rotary-wing aircraft is also said to be capable of firing guided munitions and conducting various missions, including tactical reconnaissance and midair interceptions. 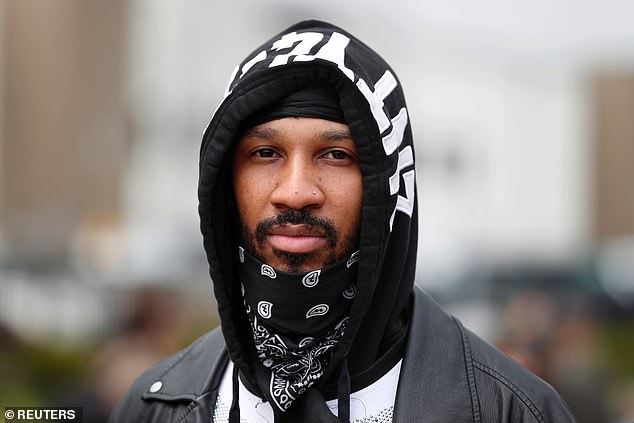 Who is the baby that Adamari López was carrying in her arms? | The State 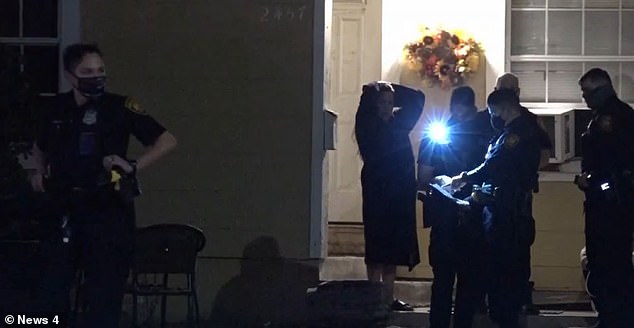