Dubai: A new 20-second song and video competition on handwashing; a running challenge and handwashing awareness drives for school children were some of the activities held in Dubai as part of the Global Handwashing Day celebrations on Thursday.

October 15 is Global Handwashing Day, a global advocacy day dedicated to increasing awareness and understanding about the importance of handwashing with soap as an effective and affordable way to prevent diseases and save lives. Experts say “the COVID-19 pandemic provides a stark reminder that one of the most effective ways to stop the spread of a virus is also one of the simplest: hand hygiene, especially through handwashing with soap.”

The Dubai Municipality, represented by Children’s City, participated in the Global Handwashing Day, by partnering with Dettol in releasing a new 20-second song on handwashing. A competition was also launched where children can participate and appear in the next Dettol video by submitting video clips of them washing their hands and singing the new ditty.

“The competition was launched to encourage children to follow the proper and ideal preventive approach, and to make them aware of the correct steps for washing hands,” according to Dubai Municipality.

Nyla Al Mansouri, Director of the Municipality’s Children’s City, said: “In Dubai Municipality, we are keen on strengthening partnerships with various government and private sector organizations, believing that it will contribute to achieving goals and accomplishments.”

Al Mansouri added: “The initiative with Dettol is an embodiment of the efforts aimed at promoting children’s culture with safe foundations and daily habits, which in turn contribute to ensuring their safety and maintaining their health, such as washing hands.”

Stuart Lees, marketing director at Dettol Middle East, said: “We are pleased to collaborate with Dubai Municipality and Children’s City in launching a new song on hand washing to contribute to educating children about the best preventive practices in a fun way. We hope all children and parents will support the Dettol competition and be part of this celebration that coincides with the Global Handwashing Day.”

Children between five to 12 years old can participate by submitting a video clip of no more than one minute to [email protected] The contest starts from October 15 and will run until November 20. The video must contain only the lyrics of the song.

As part of its #ShareTheLove campaign, Dubai-based company Rentokil NPC planned a series of hand washing awareness campaigns among their staff and business partners, besides school children.

Sean Baker, UAE country manager at Rentokil NPC, told Gulf News: “At Rentokil, our mission is to protect people and enhance lives and today (Global Handwashing Day) demonstrates our commitment to that. Our #ShareTheLove campaign launched in May has allowed us to give something back to the amazing communities we live and work in. Following the correct handwashing practices are an important, effective way to protect people and save lives.”

Dubai-based British national Ahmed Ali, 32, and his friends has joined a global running challenge called #Sweat4Soap, where for every kilometre they logged, one bar of soap will be donated; and for every 100 km, a handwashing station will be donated to a community in need by the organisers.

Ali told Gulf News the #Sweat4Soap campaign was launched on October 10 and will run until October 17. “The idea was born by Mina Guli, an ultra-runner and water warrior fighting to avert the world water crisis. Together with Project Maji, an NGO based in Dubai and member of International Humanitarian City, the #sweat4soap campaign was developed to create a movement for action,” he added.

“The campaign currently has more than 2,000 official registrants from 50 countries. Our supporters are walking, strolling, running, and hiking across the globe to cover distances they want, at any time around the clock between October 10 and October,” added Ali, who is targeting to cover at least 50kms, which is equivalent to 50 bars of soap, throughout the campaign.

Organisers said the project beneficiaries are underprivileged communities across Ghana, Kenya, Congo, Peru, Nepal, Cambodia, Syria, Panama, Tanzania and Burundi. The Maji Bucket – zero-touch handwashing stations – will be donated across 28 rural communities in Ghana while handwashing trainings will be held in other communities. The soaps are made from recycled hotel soaps

Anyone can join the challenge by either running or walking during the week of October 10-17. They just need to share a picture of their run or walk and the distance covered by posting photos on social media and tagging #Sweat4Soap. 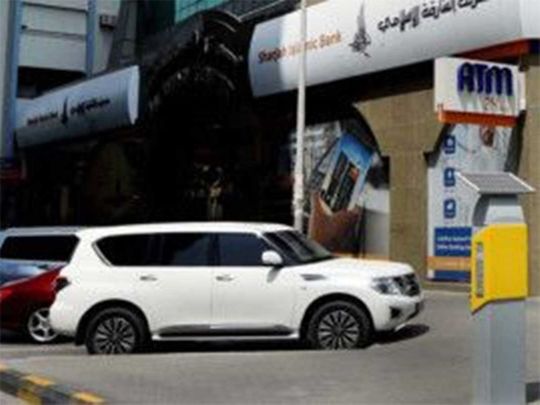