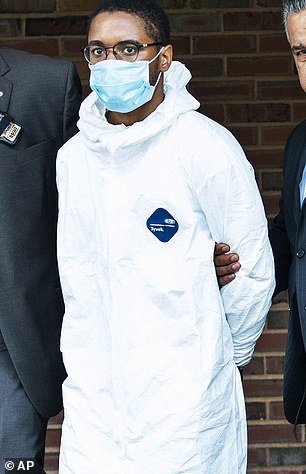 A grand jury has indicted the assistant of a decapitated tech entrepreneur found dead in his apartment earlier this year on first degree murder charges, after being told that he kept stealing money from him for days after the killing.

Tyrese Haspil, 21, was arrested earlier this year on second degree murder charges in connection with the gruesome killing of his boss, Fahim Saleh, 33.

Saleh’s limbless body was found in his apartment on the Lower East Side. Police believe he’d been killed days earlier.

They claimed Haspil was stealing money from him and took more than $50,000 between 2017 and August this year, when the murder happened.

On Tuesday, a grand jury in New York increased the charge Haspil was facing to first degree murder, which is unusual in the state and normally only applies to killings where there are special circumstances like the murders of a police officer.

He pleaded not guilty via video-link. He had already been facing life behind bars. 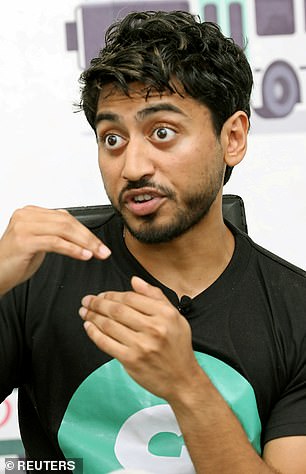 The grand jury decided that the special circumstances in this case were that he ‘was a witness to a crime committed on a prior occasion and the death was caused for the purpose of preventing the intended victim’s testimony in any criminal action or proceeding whether or not such action or proceeding had been commenced’.

They say that over the course of three years, he stole more than $50,000 from Saleh in PayPal and Intuit transfers, and that he kept transferring money to himself four days after Saleh had died.

Detectives started investigating Haspil after finding text messages in which Saleh accused Haspil of stealing the money, according to police sources.

Police have not confirmed when the alleged theft occurred and how much money Haspil owed the victim.

Investigators believe Saleh was killed on Monday – a day before his body was found by his cousin inside the apartment.

Saleh was tasered and then stabbed multiple times before being dismembered. Police leaving the building on July 14. They found Saleh’s limbs in trash bags

Surveillance footage from inside the 265 East Houston apartment building showed Saleh was followed into the elevator by a man – believed to be Haspil – who was wearing a black suit and mask.

Investigators say Saleh, who was dressed in shorts and a t-shirt, appeared suspicious when the masked-man fumbled with the elevator, which requires the use of a key fob to operate.

The footage shows the victim collapsing to the ground as the elevator doors opened directly into Saleh’s full-floor apartment. The elevator doors then closed and obscured the camera’s view of what happened next.

Police have only confirmed that Haspil assaulted his boss. It is not yet clear if Haspil is also accused of killing and dismembering Saleh. 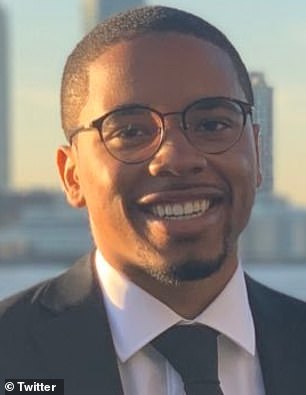 Haspil’s credit card was allegedly used after the murder to purchase a power saw and cleaning products at Home Depot.

The card was allegedly also used to pay for travel to and from Saleh’s apartment.

When police arrived at the scene, Saleh’s torso was found in the corner of his living room and his head, arms, and legs had been separated into plastic bags.

An electric saw that was still plugged in, a vacuum cleaner and cleaning products were found nearby.

When the alleged killer returned the following day to clean up, police believe they may have been interrupted by Saleh’s cousin who stopped by to check in on him.

His cousin likely pressed the buzzer of Saleh’s apartment before entering the building, alerting the killer and forcing him to abandon his efforts to dispose of the remains.

The killer is believed to have fled the building through a fire escape while his victim’s sibling rode the elevator up, police said.

Saleh, who was born in Saudi Arabia but grew up in New York in a Bengali family, bought his luxury apartment for $2.25 million last year, records show.

Police sources said initially they believed the murder was financially motivated and likely the fatal result of a soured business deal.

Prior to the personal assistant’s arrest, investigators had been looking into Saleh’s business affairs for any possible motives or suspects.

Haspil, who is from Elmont, New York, had worked for Saleh at his investment firm Adventure Capital.