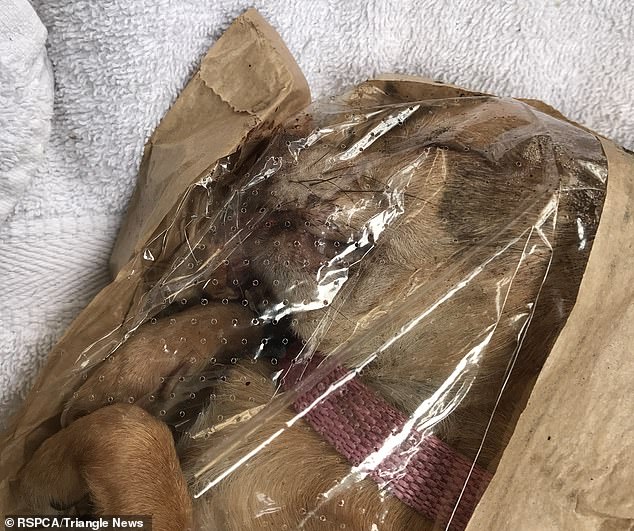 By Emer Scully For Mailonline

The body of a Chihuahua found stuffed inside a bread bag in London has sparked an RSPCA investigation.

The two-year-old dog was found curled up inside a brown paper bag with a clear plastic window in north-east London on September 7.

Trainee RSPCA inspector Shahnaz Ahmad said it was a ‘very strange and upsetting discovery’ and the dog’s death was ‘extremely suspicious’.

Ms Shahnaz said: ‘The poor dog was curled up inside the bag and dumped on the pavement beside the road.

‘The small, tan-coloured Chihuahua is smooth-coated and we believe she’s around two years old. She was wearing a pink collar but had no ID tag.

‘Rigor mortis had set in but her body had not begun to decompose so I believe she’d been dumped there either earlier that morning or the night before.’

Photographs show the small dog inside a bag used by supermarkets for freshly baked bread.

Ms Shahnaz took the body to the charity’s Harmsworth Animal Hospital and vets found the dog was microchipped.

A former owner told investigators they were forced to give up the dog while she was still a puppy.

Ms Shahnaz added: ‘I managed to trace the chip to a previous owner but she had been forced to rehome the Chihuahua when she was just a puppy and, unfortunately, I was unable to track down who to. ‘I’m making enquiries in the local area and will also be checking CCTV but I’d also be keen to hear from any locals who may have seen any suspicious activity in the area overnight on the 6 September and into the morning of 7 September.

‘I want to find her owners and establish exactly what happened to her so I’d ask anyone who recognises her to contact the RSPCA appeal line on 0300 123 8018.’ 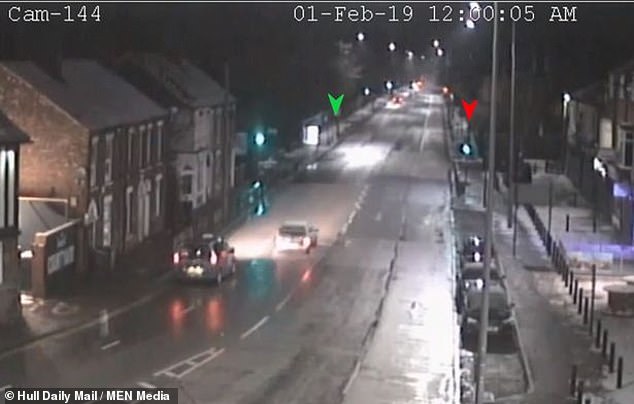 Man accused of raping and murdering student Libby Squire, 21, says he ‘felt sorry for her’