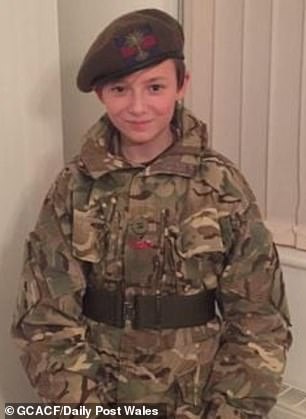 Schoolgirl, 13, is found hanged in her bedroom as tributes are paid to caring and popular Army cadet

By Faith Ridler For Mailonline

A caring and popular schoolgirl who had ‘wonderful potential’ was found hanged in her bedroom, an inquest has heard.

Army Cadet Chantelle Jones, 13, was discovered at her home in Wrexham, north Wales at around 6pm on October 1.

Paramedics and the air ambulance rushed to the scene, but despite frantic efforts to save her Chantelle was pronounced dead at 6.35pm.

Opening an inquest at Ruthin County Hall on Monday, coroner John Gittins said the teenager was ‘found hanging, not conscious or breathing’.

She was pronounced dead upon her arrival at Wrexham Maelor Hospital, however the coroner said it was likely she ‘passed away while at home’. 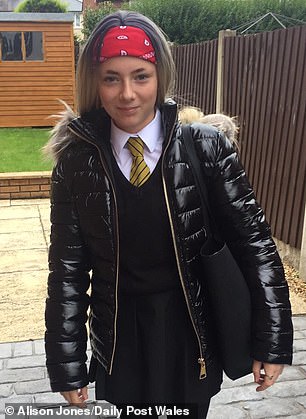 Army Cadet Chantelle Jones, 13, was discovered at her home in Wrexham, north Wales at around 6pm on October 1 Tributes have poured in for the teenager since her death on October 1, with hundreds also attending a balloon memorial (pictured) to the Army Cadet

A post-mortem examination was carried out but the medical cause of death was deferred until a full inquest.

Mr Gittins said: ‘It appears the circumstances presented to me indicate an apparent act of self-harm.’

Investigations are ongoing into what the coroner described as a ‘tragic death’. The inquest was adjourned to a full hearing.

Tributes have poured in for the teenager since her death, with hundreds also attending a balloon memorial to the Army Cadet. In a statement, her school said: ‘Chantelle had such a lovely way of showing she cared, and this was evident to all, but especially those in her close friendship group.

‘She had both spirit and character, and we all recognised her wonderful potential. No family or community should ever have to experience a loss of this kind.

‘School does not feel right without Chantelle. We will all miss her.’

Her heartbroken parents said last week that her friends will be able to say goodbye to Chantelle when her funeral cortege passes by Castell Alun High School.

In a statement released alongside acting head Paul Edwards, they said: ‘Chantelle loved school and was excited at the thought of attending daily.

‘She would have wanted to say goodbye to her many friends at Castell Alun but was cruelly deprived of this opportunity, and so her final journey will see her enter the school grounds whereupon she will be clapped and cheered by her peers.’

Chantelle was a part of the Brynteg branch of the Clwyd and Gwynedd Army Cadet Force in Wrexham. Hundreds of travellers descend on village for annual horse fair 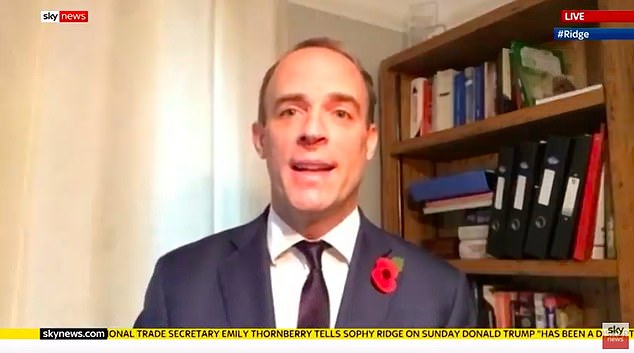