A Washington state woman and two teenage boys have been arrested on charges related to an attempted murder-for-hire plot against her ex-husband.

Police said that Kelley had promised to pay one of the arrested 17-year-old boys $13,000 for killing Li.

On July 10 at about 8.30am, Li was walking to his car when one of the teens allegedly shot him nine times – in the legs, arms and chest – at the Overlook at Lakemont apartments in Bellevue, Washington.

During the shooting, Li ‘fell to the ground, the suspect stood over him and continued to fire,’ Bellevue Police Major Travess Forbush said, KOMO News reported. He added that ‘Something like this is rare.’

Court documents revealed that the day of the incident, the suspected shooter had asked his friend to drive him from Mount Vernon, Washington, to the apartment complex in Bellevue, where ‘he was going cap someone and empty the clip.’

According to the documents, Li – who survived the shooting – told police that the only person who might want to kill him would be his ex-wife, Kelley. 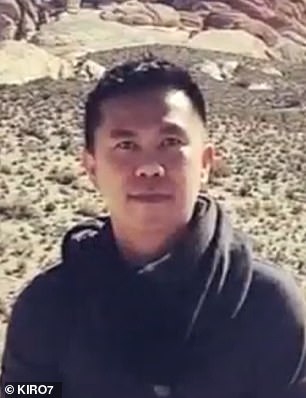 Baron Li, 48 (left), was shot nine times while he was walking to his car at his apartment complex. He is pictured at right in the hospital after the shooting 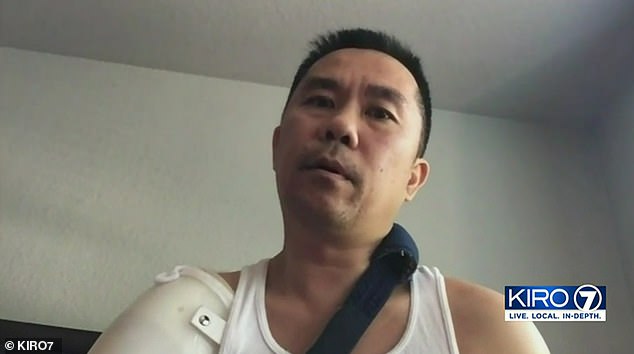 Authorities said after Li (pictured) fell to the ground, the shooter stood over him and kept firing Li was shot as he was walking to his car at this apartment complex in Bellevue, Washington

He said that ‘they were in the midst of a very acrimonious custody battle that also included a financial motive for Kelley to have sole custody of their child,’ the court documents stated.

During the investigation, detectives said they learned that Kelley bought a GPS tracking device found under Li’s car, which they were able to connect to the second suspect in the murder-for-hire plot.

Forbush said that ‘There is evidence that she conspired to commit the murder.’

Detectives were able to figure out the identity of Kelley and the two teens and find them by using surveillance video, technology, social media and search warrants.

One of the surveillance videos captured the license plate of a pickup truck that was believed to be the teens’ getaway vehicle, which was registered to one of the boys’ fathers, police said, Patch.com reported.

In addition, cell phone records showed that the boys had made a roundtrip from Mount Vernon to Bellevue the morning of the shooting, according to police.

After his arrest, one of the boys admitted to his role in the shooting, police said. It’s unclear whether the boy was the alleged shooter or the alleged getaway driver, however.

During Kelley’s first court appearance Friday, a judge found probable cause for a first-degree attempted murder charge. Her bail was then set at $2million.

Formal charges are expected to be filed against her next week.

Authorities have not revealed what charges the teen boys might face.

While recovering from the shooting, Li told KIRO in August that he was ‘just worried about the rest of my family. That could have been me walking out with my kids.’

Li, who has remarried, has two sons and a daughter, the youngest of which is six years old. It’s unclear which of the three children is the one he shares with Kelley, however.

According to a GoFundMe fundraiser, set up for Li, doctors were able to remove two of four bullets that were were stuck in his body. The remaining two were said to ‘too dangerous to remove and will remain.’

Li’s right arm was said to have been ‘shattered’ after multiple bullets hit it while he was using it to protect himself. Li is expected to need additional surgeries to repair the arm, in addition to a hip replacement. 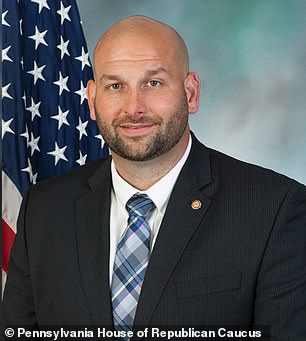 Jamie Foxx reveals his sister DeOndra Dixon has died at 36