Bedlam. Shortly after 10pm on Thursday, I wandered outside after a business dinner in Central London and tried to get home. The streets were packed with people and cars. No one was going anywhere fast.

The buses were full. The nearest Underground station was backed up with a long queue. Everywhere pedestrians were packed together like sardines. There were no available taxis and in the end I walked two stops to another Tube station.

So much for the Government’s latest big idea to keep Covid-19 at bay – the 10pm curfew of chaos.

I shouldn’t have expected anything different. Like pretty much everything else it has tried to do in the pandemic, the Covid clampdown on pubs and restaurants has been bungled.

Bedlam. Shortly after 10pm on Thursday, I wandered outside after a business dinner in Central London and tried to get home. The streets were packed with people and cars. No one was going anywhere fast. People are seen out socialising in London ahead of the 10pm curfew in Soho, London

The rationale was not properly explained, the risks were not properly assessed, the restrictions introduced in a panic with unintended consequences.

The result is an object lesson in how to spread the virus while telling everyone you are acting to contain it.

This lack of foresight and strategic thinking is mirrored by another disaster in the making that’s facing British business.

I am involved with a number of UK companies, both public and private, and broadly they fall into three equal groups – those dealing with Covid well; those just about managing; and those having serious problems.

Extrapolate that across the nation and millions could be thrown out of work. The situation’s that serious.

One of the first lessons I learned in business is that you should never over-promise and under-deliver, but this is exactly what the Government has done during the crisis.

Remember the ‘world-beating’ coronavirus app that failed dismally on the Isle of Wight, the ‘world-leading’ testing facilities plagued with problems and the billions spent on a track and trace system that still traces only two-thirds of contacts? The Government is in power, but it doesn’t seem in control. The country seems to have no direction and no declared destination – with nobody paying attention to the thing that drives everything else: the economy. London Bridge is seen above at the end of last month

But the Government’s biggest blunder is yet to come – the looming new lockdown that would cripple our economy, completely decimating some sectors, not only putting millions out of work but blighting the lives of a whole generation of school and university leavers who should now be starting their careers.

Furthermore, the evidence shows it will do little or nothing to hinder the virus. The cities of the North already under local lockdown have seen rises, not reductions, in Covid infections.

The lockdown regulations are unpopular, confusing and, in the case of the 10pm curfew, counterproductive. Worse still, local leaders are sounding the alarm bells.

They are already seeing warning signs of an entirely avoidable economic catastrophe on a scale that could dwarf the Great Depression and render whatever assistance Chancellor Rishi Sunak is prepared to offer irrelevant and unaffordable.

There’s only one way to avert this looming economic crisis and that’s to get people back to work as soon as humanly possible.

And the only realistic way to do that is for us, as a country, to have a grown-up conversation with a starting point that Covid is not going to go away any time soon. The much hoped-for vaccine might not be a panacea and might not arrive any time soon.

Once we’ve accepted that we are in this for the long term, we can start deciding rationally and with all the information available how we are going to balance the risks between lives and livelihoods, between deaths from Covid and the collateral deaths that will occur because ten million people can’t access the NHS treatment they need… and even if they can, are still too frightened to go to hospital.

This needs a total reset of Government. So far, they have kept the necessary information tight to their chests, while passing legislation telling us what we can and cannot do.

The habitual secrecy reminds me of how, a generation ago, doctors didn’t tell people they had cancer for fear of upsetting them. That has now changed – and patients have been empowered to choose whether to have palliative care, say, or gruelling chemotherapy.

They can even quit their job, sell their house and go around the world ticking off their bucket list.

This is exactly the sort of honest conversation we need to have as a nation, starting with the ‘Protect the NHS’ slogan. Actually, the NHS is there to protect us.

Yes, we all have an interest in not allowing it to be swamped, but we need to balance the Covid threat with the needs of those who need heart operations, cancer care and much else.

We need to be honest about the other costs of Covid – mental and physical as well as social and economic. We need to be focused and rational – for example, the Government seemed surprised that hundreds of students have tested positive for coronavirus.

Put 20,000 students in any one city and what do you expect? Covid isn’t a disease that kills healthy young people, it preys on the old, the unfit and the infirm. We’re told the infection rate is rising, but 80 per cent of people report no symptoms.

Only last week, the Government dribbled out a statistic that Covid had killed three times as many people as flu or bronchitis. This is little better than propaganda.

Early spring was mild, there wasn’t a virulent flu strain and many of the deaths had Covid listed as a contributory factor to deaths made inevitable by other underlying conditions. What possible explanation could there have been for releasing it other than to terrify the nation into being compliant?

We don’t need to frighten people any more. We need to educate them and give them the confidence to go about their daily lives in as near a normal way as possible. We need to ask: why is it OK for train and bus drivers, delivery men, shop workers and the NHS to be at work, while millions of healthy people are furloughed and encouraged to stay at home? 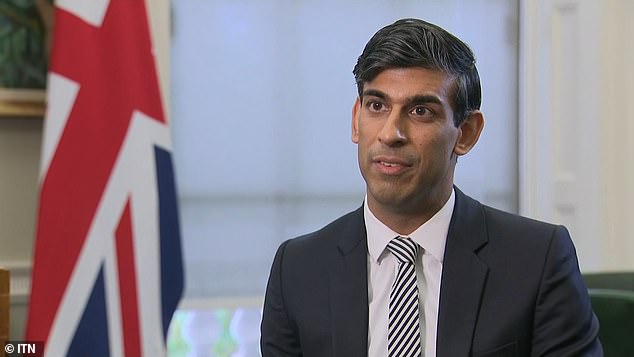 The lockdown regulations are unpopular, confusing and, in the case of the 10pm curfew, counterproductive. Worse still, local leaders are sounding the alarm bells. They are already seeing warning signs of an entirely avoidable economic catastrophe on a scale that could dwarf the Great Depression and render whatever assistance Chancellor Rishi Sunak is prepared to offer irrelevant and unaffordable

Where is the leadership from our business executives who always seem to avoid putting their heads above the parapet when there are difficult or unpopular choices to be made?

We cannot stand by and let our economy crash and burn. We need to get people back to work even if we have to set up our own testing systems, as several of the companies I am involved with have done. More importantly, we need the Government to get a grip. We can’t carry on with the incompetence and failure of its efforts so far.

We need effective track and trace including the urgent introduction of testing at airports. If the Italians and Greeks can do it, why can’t we? We also need clear communication, starting with all the facts so families can make up their own minds about whether to allow more than six friends into their homes – which is surely less risky than leaving a city centre pub at 10pm.

The Government is in power, but it doesn’t seem in control. The country seems to have no direction and no declared destination – with nobody paying attention to the thing that drives everything else: the economy.

Ministers could start by setting an example. Why not get thousands of civil servants to come back to their desks? Yes, there should be regular testing. Yes the vulnerable should be protected. But we need people back in our city centres, shops, and sports venues. We need people to buy coffee, sandwiches, rail and bus tickets, shoes and clothes.

We need to get our economy working before it is all too late.

The fee for this article has been donated to the Mvumi School, Tanzania. Lancashire ‘will be placed under Covid curfew TOMORROW’ 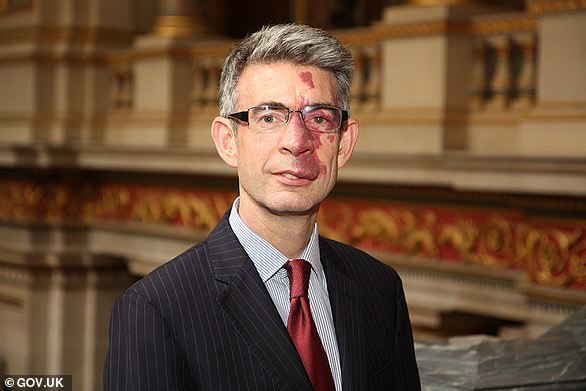 Body is found in the hunt for missing British diplomat, 52, who disappeared after going for a run