Born in Mexico City, this year she became the first Mexican to win two bronze medals at the International Mathematics Olympiad

Suppose a standard 8 × 8 chessboard has two diagonally opposite corners removed, leaving 62 squares. Is it possible to place 31 domino pieces of size 2 × 1 covering the entire board? ”.

When Ana Paula Jiménez read this statement, better known as the “Chessboard Problem” that was proposed by the analytical philosopher Max Black in 1946, she fell in love with mathematics forever.

For a very simple reason: “When I read it, I realized that solving math problems It wasn’t just that boring, repetitive process rather, creativity could and should be used ”, he tells BBC Mundo.

Since then that became his passion. In the last six years, Jiménez has won more than 24 medals in national and international mathematics Olympics.

She was the first Mexican to do so, and for that reason she received the Maryam Mirzakhani Prize -in honor of the first woman to receive the Fields Medal, the Nobel Prize in mathematics- Awarded to the Top Performing Women in IMOs in North America.

“It has not been easy. Dedicating myself to this has made me lose some things during my adolescence, but I have achieved others, such as helping to remove the prejudice that women are not good at mathematics, ”explains Jiménez.

“They didn’t catch my attention so much”

The first memories of Jiménez, who was born in 2001, and mathematics date back to when he was in kindergarten and the teachers began to teach you about additions, tens and hundreds.

But for much of elementary school and Early high school math didn’t appeal to him very much.

“They always seemed very repetitive to me and it is not that they attracted me enough to spend four or five hours a day as I do now“, The young woman told us.

The radical change occurred in the first year of secondary school. At their school they began to organize a series of tests in order to see who could participate in the state math competitions.

“I passed several tests and was finally chosen,” she says.

To prepare for state tests, Ana Paula began a series of training sessions.

“There I realized that mathematics was not only much more complex, but you had to be creative to solve most of the problems. And that made me passionate about this ”, he says.

A passion that would lead her to multiple victories.

When I ask him when he first won a medal in a numbers competition, he remembers exactly the year: 2015.

But it is difficult for him to answer how old I was when I won it.

“I think I was 14… It was a gold medal in a national team in Mexicali. That’s where it all started ”, he says.

Jiménez is clear that the complexity of numbers can only be deciphered after many hours of work and study.

For state and national competitions – she represents Mexico City, where she was born – she has a routine of three hours a day of study.

But when it comes to going to compete in international tournaments like the IMO or the European Women’s Olympics, the matter becomes more serious: concentrated and isolated in one place with daily sessions of almost nine hours.

All this accompanied by tutors and people who guide the competitors during practices.

“We spent nine hours solving problems. It’s like an athlete’s training for the Olympics, ”he says.

And as an athlete for the Olympics, they also have specific jobs to improve in their fields.

“I am doing very well in geometry and in general I have to work a little more in algebra. But I think I am doing well in all of them in general ”.

And isn’t that a lot of time spent just solving problems? She responds that she is clear about why these intense sessions.

“A test in an international Olympiad lasts four hours. They give you three problems to solve in four hours, ”he says.

Four years ago he began to compete internationally, after the experience acquired in national competitions.

After winning four medals, two gold and two silver in the European Women’s Olympics, one of the greatest challenges came in 2019: the International Mathematical Olympiad, which was held in the town of Bath, in the south west of the UK.

“It’s a challenge, because only 10% of those who compete there are women, so you feel a lot of pressure,” he says.

In Bath, after several tense tests, he managed to win the bronze medal.

“It was very exciting, because for several days you share with people from all over the world who also have this same passion for mathematics,” says Jiménez.

This year, virtually, he repeated the feat again. She became the first Mexican woman to win two bronze medals at an IMO.

One of the recognitions he received was due to his remarkable performance in the IMO, the award Maryam Mirzakhani.

This award was created in 2017 to recognize the performance of women in the International Olympics. That same year, the Iranian mathematician Maryam Mirzakhani died at the age of 40, who has been the only woman to receive the Fields medal, considered the Nobel Prize in this discipline.

“That recognition was very important to me, because something that is clear from the moment you get into this is that there is a prejudice that women are not good at mathematics, “he says.

“And for me it was very important to have other women as coaches in my process. For example, Olga Medrano, who was the first Mexican to win a medal at the European Olympics ”, she adds.

Now Jiménez finished high school and entered the university, of course following a career in mathematics.

“For me mathematics is art. But you also win. Dedication. Perseverance. It is something that has been present in my life for a long time ”, he concludes.

About to hang up, I ask him what is the solution to the problem enunciated by Black.

“The solution is that the puzzle he proposes cannot be completed. But it takes a long time to arrive at that answer ”. 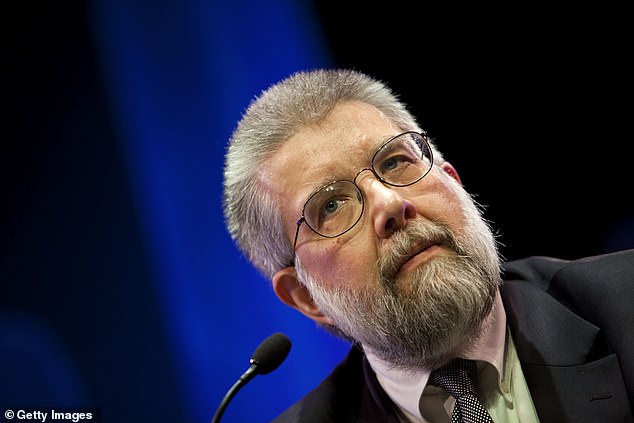