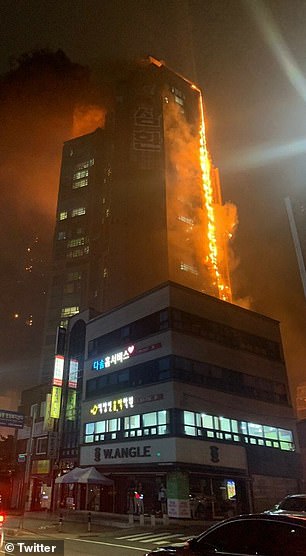 A huge blaze has engulfed the entirety of a 33-storey apartment block in South Korea.

The fire, which is believed to have started on the 3rd floor of the residential building at around 11.07pm local time, has swept through the whole block in Ulsan, a city northwest of Busan.

When the fire broke out firefighters rushed to clear the 136-household block of all residents.

Footage from the scene shows flames reaching high up to the top of the building as large slabs of concrete tumble down to the street below and smoke billows out into the night air. 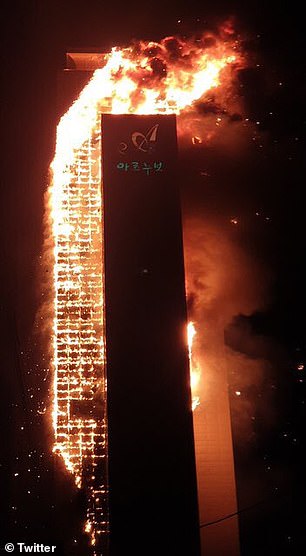 The fire, which is believed to have started on the 12th floor of the residential building, has spread to engulf the entirety of the block in Ulsan, a city northwest of Busan According to the local news site, the fire spread through the building spurred on by the strong winds currently in force in the area.

The winds spread the fire to a shopping centre next door but those flames have now been extinguished, Chosun.com reported.

According to the Ulsan Fire Department, 15 people were rushed to hospital and 43 residents were evacuated to the rooftop where specialist on-site crews were taking care of them.

The fire department added that they suspect the fire began on the third floor before creeping up the building, pushed on by the strong winds in the area tonight. The inferno quickly spread to the roof. 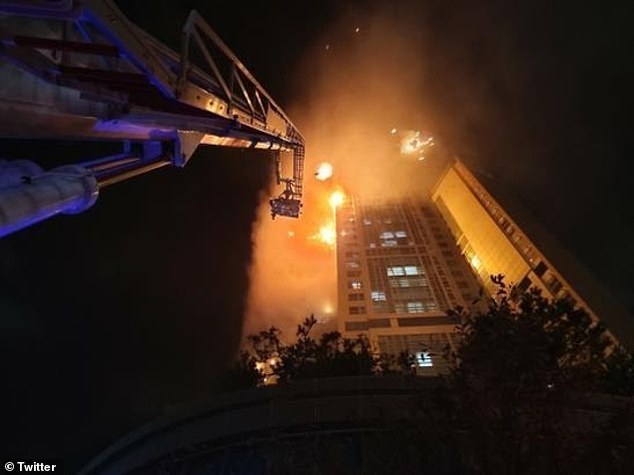 Pictured: A view of the building shows smoke and flames billowing out of the residential block in Ulsan, South Korea tonight A locator map shows the city of Ulsan, northwest of Busan 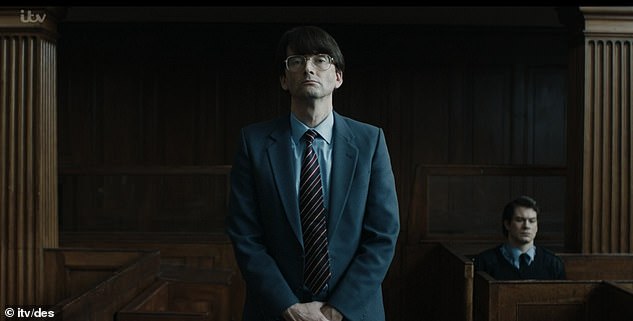