Europe’s second wave of coronavirus is gathering pace, with cases spiking even as leaders scramble to introduce new measures to control the spread and prevent more full-scale lockdowns.

Germany – widely viewed as having one of the best virus responses in the world – reported more than 4,000 new cases of coronavirus on Thursday, a jump of 40 per cent on the previous day’s total.

Health minister Jens Spahn admitted the rise was ‘worrying’, even as restrictions were brought in for high-risk areas – with bars and restaurants forced to shut at 11pm and travel restrictions put in place.

Meanwhile France, which has brought in similar restrictions and will introduce more today, reported 18,746 new cases on Wednesday, its highest one-day total of the pandemic so far.

Italy is also seeing a sharp rise in cases, with 3,678 new infections reported Wednesday, its highest one-day total since mid-April.

Analysts caution that figures being reported now are not comparable to those earlier the pandemic, since testing is now far more widespread – meaning cases that previously went unreported are now showing in the totals.

Coronavirus cases are on the rise throughout much of Europe – with France reporting its highest one-day total ever on Wednesday, with sharp spikes in Italy and Germany recorded France has reported its largest one-day total of coronavirus cases at 18,746 (left) as ministers introduced new local curbs to slow the spread of the virus, as deaths also increased slightly – but are nowhere near levels seen earlier in the outbreak France has introduced local lockdowns in Marseille and Paris (pictured), with bars closed and restaurants on curfew, with more restrictions due for other parts of the country today

However, most experts agree that recent rises are not solely down to increased testing, and that the spread of the virus is once-again gathering pace.

That can be seen in increased hospital admissions and deaths in recent weeks, though most countries are still well below totals seen earlier in the pandemic.

The UK has also seen a rapid acceleration in its outbreak, with 14,542 new cases reported Wednesday – triple the number logged a fortnight ago.

Meanwhile the Czech Republic has emerged as the new sick-man of Europe, with the highest number of cases per head of population anywhere in the EU.

Only in Spain, one of the worst-hit European countries, do infections appear to be heading in the right direction.

The country’s daily infection data is hard to analyse because of the way it is presented, but seven-day rolling averages show the number of infections has fallen from more than 11,000 per day two weeks ago, to around 9,500 per day now. Spain was seeing some of the highest infection rates in Europe in September (left), but the number of cases has begun falling in the last two weeks, while deaths have also started trending downwards German health authorities warned of a ‘worrying’ spike in infections after their case total increased by 40 per cent overnight (left), though deaths have remained largely stable (right) Italy has also seen a sudden rise in coronavirus cases, though the daily toll is still below where it was earlier in the pandemic (left) and the number of deaths has not yet started to rise (right)

It comes after hard-hit areas of the country, including in the capital Madrid, were forced back into full lockdowns to curb the spread.

5.6million Spanish citizens are now under some form of containment measures, with 80 per cent of that number in the capital.

European leaders who favoured plunging their countries into full lockdowns earlier in the year to rapidly halt the spread of the virus – at a huge economic cost – are now grappling with how to keep infections whist keeping their economies running.

In Germany, Mr Spahn urged people not to drop their guard against the virus, urging them to follow guidance on mask-wearing, hand washing and social distancing.

Mallorca and Ibiza gear up to battle THIRD wave of coronavirus

The holiday islands of Mallorca and Ibiza are gearing up to battle a third wave of coronavirus.

Health chiefs say they don’t know if it will strike in the next few weeks or during Christmas but they are sure it is coming.

It is the first time any Spanish region has talked in public about a third wave but the Balearic government says it is already making contingency plans to deal with it.

The prospects of more coronavirus outbreaks will, however, dent plans for any tourism revival this year. It’s also a blow for the Balearics where new cases of Covid-19 are finally slowing down under the second wave.

The shock admission came during a press conference to discuss the evolution of the pandemic in Mallorca, Ibiza, Menorca and Formentera.

General director of public health, Maria Antònia Font said they had bent the curve of the second wave and cases were going down but admitted: ‘There will probably be a third. We don’t know when it will arrive but we are working on all scenarios as we don’t want it to take us by surprise. We waited for the second to arrive and it arrived earlier.’

She said they were working on the scenario that a third wave could ‘happen tomorrow’, adding: ‘We are analysing what margins for improvement there are regarding the first and second waves.’

He added that people should also consider airing rooms at least once a day, and should download the country’s track and trace app.

‘Barely any other country in Europe has managed the crisis as well so far,’ he said. ‘But we must not gamble away what we’ve achieved.’

Chancellor Angela Merkel’s government has also been calling for citizens to avoid travel abroad during the autumn half-term, which is now underway.

Germany’s 16 states have already tightened rules for domestic travel, with many agreeing a ban on overnight stays in hotels or holiday apartments for visitors from so-called risk zones within the country.

Places where new infections top 50 per 100,000 inhabitants over the last seven days are classed as risk zones, and local authorities are required to take specific measures to halt contagion.

Meanwhile France, a new round of major restrictions is being prepared for several major cities where infections are spreading fastest.

In Paris, bars and cafes were shuttered on Tuesday for two weeks to slow the spread of the virus, just over a week after new restrictions were imposed on Marseille and the overseas department of Guadeloupe.

Emmanuel Macron warned on Wednesday that similar restrictions will be applied elsewhere across the country, with an announcement by Health Minister Olivier Veran due to take place today.

The UK is also experimenting with local lockdowns as a means of bringing the virus under control, with new, tougher measures expected to be announced for many in the north of the country – where the infection is spreading fastest – next week.

Prime Minister Boris Johnson is expected to force 10million people, who have already been hit by local lockdowns, into further measures which will include the closure of all pubs and restaurants.

According to WHO data, Europe has recorded more than 6million coronavirus cases since the pandemic began, accounting for 18 per cent of the world total.

The continent added almost half a million new cases last week, a slight increase on the previous week, and saw more than 5,000 new deaths.

Most European leaders chose to force their countries into full-scale lockdowns in March as the first wave of the pandemic hit, shuttering all-but essential businesses and keeping people indoors for months at a time.

But amid some of the most dramatic falls in GDP on record leaders began reopening their economies in late Spring, with rises in cases following shortly behind. Italy, which has kept its coronavirus totals low since the summer, also saw a spike Wednesday as 3,678 cases were reported (pictured, people wear masks at the Trevi fountain in Rome) 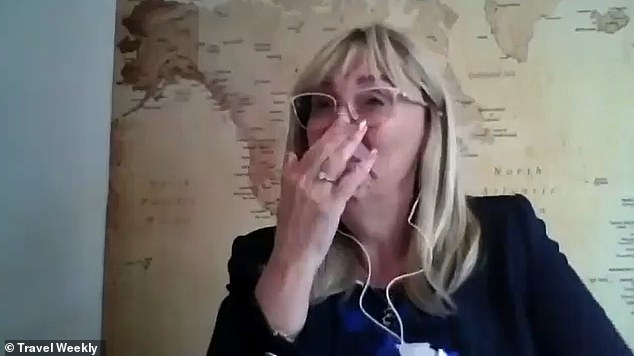