A bench of Justice Sarang Kotwal also granted bail to Rajput’s aides Dipesh Sawant and Samuel Miranda, but rejected the bail plea of Rhea Chakraborty’s brother Showik Chakraborty, who is also an accused in the case.

She was granted bail by Bombay High Court in a drug-related case filed against her by Narcotics Control Bureau (NCB) pic.twitter.com/FlfP1re1cQ

Photographer clicked her leaving the jail. The media have been warned by the police not to chase after Rhea and her vehicle. Rhea Chakraborty, her brother and the other accused were arrested last month by the Narcotics Control Bureau (NCB) in connection with its probe into the drugs angle related to the case of Rajput’s death. The HC directed her not to leave Mumbai without the NCB’s permission and to not tamper with evidence while out on bail.

All those who have been granted bail, including Rhea, will also have to seek permission of the NCB’s investigating officer to go out of Mumbai, the court said.

Rhea Chakraborty’s lawyer Satish Maneshinde said they were are delighted by the high court order. “Truth and justice have prevailed and ultimately the submissions on facts and law have been accepted by Justice Sarang V Kotwal,” he said. The arrest and custody of Rhea was “totally unwarranted and beyond the reach of law”, Maneshinde said.

Sushant, 34, was found dead at his apartment in suburban Bandra on June 14 this year.Following extensive hearings last week, the HC had closed all arguments and reserved its verdict on the pleas. 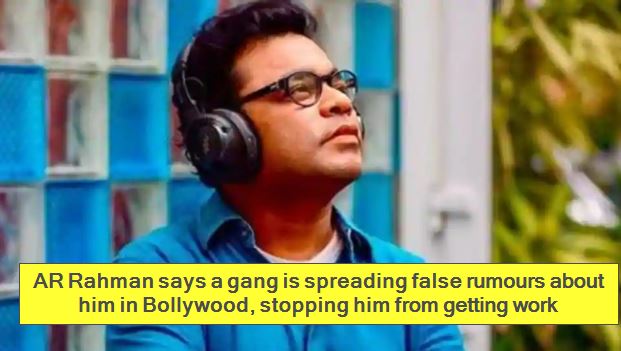 AR Rahman says a gang is spreading false rumours about him in Bollywood, stopping him from getting work