Home » Headlines UK » Is Japan the land of the rising returns? Here’s what you need to know

With investment guru Warren Buffett taking a stake in its biggest companies, Japan is back in the spotlight.

Home to the likes of Sony and Toyota, Japan’s stock market is worth a whopping five trillion dollars – making it the largest outside America.

Despite that, the country isn’t particularly popular with Western investors – with Japanese stocks making up just 2 per cent of the typical British equities portfolio.

Land of the rising funds? Home to the likes of Sony and Toyota, Japan’s stock market is worth a whopping five trillion dollars – making it the largest outside America

Many worry about the infamous ‘three Ds’ of the Japanese economy: debt, deflation and demographics.

And with over-65s set to make up one-third of the country’s population by 2050, you can see why investors might be wary.

But given Buffett’s reputation for shrewd bets, could Japanese shares emerge as this year’s surprise winner?

Here Money Mail explains what you need to know. 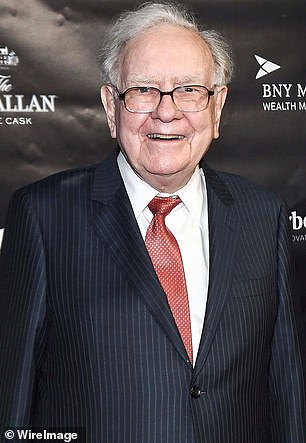 Even before Warren Buffett’s surprise move, investors were starting to take a closer look at Japan.

Though the country’s wider economy is set to shrink by more than a quarter this year, its leading share index – the Nikkei – is rising.

Japanese stocks took just three months to recover their coronavirus losses. By contrast, our flagging FTSE 100 remains 22 per cent weaker than it did on January 1.

Japan itself has been spared the worst of the pandemic, with just over 1,500 deaths to date from its 126 million population.

Having experienced typhoons and earthquakes in the recent past, Japanese companies have got into the habit of sitting on large cash reserves to deal with unexpected events.

While this meant lower payouts to shareholders than the U.S. and Europe, it has allowed companies to maintain dividends during difficult times.

Even if they’ve had a good run recently, it’s worth remembering that Japanese stocks have historically been more volatile than other major markets.

The Nikkei has taken 25 years to recover from the crash of the late 1980s – and still trades 40 per cent below its record high.

Investors should also be careful about interpreting Warren Buffett’s moves as a vote of confidence in Japan’s future.

The American billionaire has invested $6 billion in five of Japan’s biggest companies – known to Westerners as ‘trading houses’.

These huge conglomerates – which include household names such as Mitsui and Mitsubishi – are notoriously complex, and often have business interests in multiple sectors, from energy to chemicals.

They’re also big exporters – meaning their success depends on a wider Asian recovery, rather than what happens in Japan.

Some analysts say Buffet’s decision could be less about making money, and more about protecting his portfolio.

By taking a stake in Japanese companies, the tycoon’s $80 billion fortune will be less exposed to any sudden shocks to the U.S. dollar. Home to the likes of Sony and Toyota, Japan’s stock-market is worth a whopping five trillion dollars – making it the largest outside of America

Though most retail investment platforms allow you to buy foreign shares, this can be complicated.

As well as additional fees for currency exchange, brokers may also set minimum limits on how many shares you have to buy.

An easier option would likely be for savers to buy into one of the many Japan-focused funds run by UK investment companies.

As with most funds, these have the additional advantage of spreading your money across different companies and sectors.

Princess Diana’s ‘lost’ dresses: How designers plan to recreate outfits they made for her

Over the past five years, Japan-focused funds have performed strongly – delivering an average cumulative return of 74 per cent (before fees).

That’s better than the average UK equities fund – although it’s still some way behind China.

A £10,000 sum in its Japanese fund five years ago would now be worth around £20,000 before fees – thanks to its large holdings in video game pioneers Nintendo (creators of the Super Mario game, above) and tech investors SoftBank.

Meanwhile their Shin Nippon – or ‘New Japan’- investment trust takes a stake in younger companies eating into the market share of their established rivals.

Savers who don’t want to bet solely on Japan can buy Asia-Pacific funds, which combine Tokyo stocks with options from Hong Kong and Australasia.

A £10,000 sum invested five years ago in the Allianz Global Investors Fund (Allianz Oriental Income) would now be worth around £18,000.

Whether these investments can keep up this kind of pace after Covid is yet to be seen.

But with European shares dipping again, active investors may find the Nikkei a more tempting prospect.