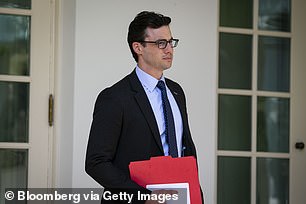 Donald Trump’s ‘body man’, whose job description includes accompanying him at all times, tested positive for coronavirus this weekend after traveling with the president several times recently.

Luna is just the latest in a string of Trump’s inner circle who have tested positive for coronavirus this week.

It appears the initial event that could have caused the outbreak is the Rose Garden event last Saturday where Trump announced Amy Coney Barrett as his nominee for the Supreme Court.

Overnight Thursday, Trump announced he had tested positive for COVID-19.

Those notable individuals who have also tested positive but were not at the event are Trump’s campaign manager Bill Stepien, head of the Republican National Committee Ronna McDaniel and Republican Senator Ron Johnson of Wisconsin.

Another spreader event could have been Trump’s Wednesday rally in Minnesota, of which Hicks and Luna were present. Trump announced overnight Thursday that he and first lady Melania tested positive for coronavirus – and he was moved to Walter Reed Military Medical Center on Friday. Here he is seen working in the hospital’s Presidential Suite while receiving treatment for COVID-19

Luna’s ‘body man’ responsibilities range from handling Trump’s papers and speech texts to being ready with everything the president may need from briefing books to pens for autographs.

His diagnosis emerged the day after Trump entered the Walter Reed National Military Medical Center for treatment following his own infection.

White House Chief of Staff Mark Meadows said Saturday that the president went through a ‘very concerning’ period on Friday and said his next two days will be ‘critical.’

‘We’re still not on a clear path yet to a full recovery,’ Meadows told reporters outside Walter Reed on Saturday.

The president’s chief doctor expressed cautious optimism but added that the president was ‘not yet out of the woods’ in an update Saturday night.

Trump also gave his own assessment of his health status in a video from his hospital suite, claiming he was feeling better and would ‘be back soon.’

TRUMP’S INNER CIRCLE WHO HAVE TESTED POSITIVE FOR COVID

Counselor to the President Hope Hicks

President of the University of Notre Dame John Jenkins Perimenopause: what are the first symptoms of menopause | The State 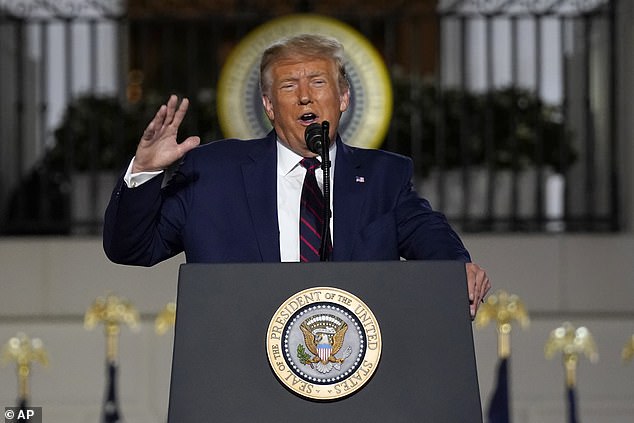