After two marriages and a number of high-profile relationships, Britney Spears’ love life has created major buzz over the years.

Britney Spears has been in the spotlight for more than 20 years. In addition to being known for her music, Brit’s personal life is also a hot topic in the media, and she’s gone public with quite a number of relationships over the years. Brit is currently in a happy relationship with Sam Asghari, but before that, she’d gotten married twice and engaged a third time, while being linked to a few other men in between. Here’s a breakdown of her romantic history:

Britney and Justin Timberlake were the ultimate pop music couple when they dated from early 1999 until 2002. At the time, she was at the height of her early career, while he was at the peak of his boy band days in NSYNC. They were together for more than three years when things ended quite abruptly. After the split, Justin went on to release his first solo song, “Cry Me A River,” which he eventually admitted was about his split from Britney. Although they grew apart over the years, they both complimented each other on social media in 2020.

Britney dated choreographer Wade Robson for about a year after her split from Justin. However, there have been widespread rumors that she began hooking up with Wade before ending things with Justin. Britney has never confirmed whether or not there is any validity to this speculation. Robson is one of the men who has accused Michael Jackson of sexual abuse, and his claims were the subject of the 2019 documentary, Leaving Neverland.

Britney and Colin Farrell sparked major romance rumors when they attended the premiere of The Recruit together in 2003. Later on, they were also spotted making out on his hotel room balcony! However, Colin denied that the two were ever anything serious, and insisted that they were just “having fun.”

Shortly after being linked to Colin, Britney hooked up with one of her backup dancers, Columbus Short. The following year, Columbus opened up about the hookup in an interview with Star magazine, and admitted that it led to the demise of his marriage (his wife was pregnant with their first child at the time). Columbus’ employment with Britney was terminated afterward, as well.

In 2004, Britney shocked everyone when she married her childhood friend, Jason Alexander, at the Little White Wedding Chapel in Las Vegas. However, in one of the most short-lived celebrity marriages of all-time, the pair annulled their union after just 55 hours of wedded bliss. Britney filed a petition with the court, which stated that she “lacked understanding of her actions” at the time of the nuptials.

That same year, Britney met backup dancer, Kevin Federline. Just three months after they met, the two were engaged, and they tied the knot in September 2004 (although the nuptials were not legalized until a few weeks later). At the time all of this was happening, Kevin’s ex, Shar Jackson, was pregnant with his second child. Britney and Kevin wound up having two sons of their own: Sean Preston was born in Sept. 2005, followed by Jayden James in 2006. As Britney began dealing with some issues with her mental health, her relationship with Kevin fizzled out, and they split in 2006. The divorce was finalized in July 2007.

Following her divorce from Kevin, Britney didn’t take long to get back on the dating scene. She briefly dated music producer J.R. Rotem in 2007, although there was some speculation that their relationship potentially began while she was still with Kevin. Again, this has not been confirmed by either party.

Britney shocked her friends, family and fans when she got together with a paparazzo at the end of 2007. She briefly dated photographer, Adnan Ghalib, despite the fact that she was being hounded by paparazzi for months. Although the relationship was short-lived, Adnan re-entered Britney’s life in 2012 when he testified in Sam Lutfi’s case against the singer (Sam sued Britney for unpaid fees and accused her father, Jamie, of punching him).

After these flings, Britney got into another long term relationship beginning in 2009, when she started dating her manager, Jason Trawick. The pair’s relationship was confirmed in 2010, and in December 2011, the two got engaged. Jason even became a co-conservator for Britney and obtained legal control of the singer. Unfortunately, the relationship eventually fizzled out, and Britney and Jason split at the beginning of 2013. At that time, he was removed as her conservator.

Following the end of her engagement to Jason, Britney began dating a lawyer, David Lucado, in 2013. However, the romance lasted just one year, and by 2014, the two had broken up. At the time, it was reported that Britney ended the relationship because she caught David kissing another woman, but those rumors have not been confirmed.

Brit’s next relationship was with Charlie Ebersol, who works as a producer and is the son of Saturday Night Live‘s co-creator, Dick Ebersol. They got together in 2014 and even made public appearances on red carpets together. However, the relationship ended in 2015.

Britney met her current boyfriend, Sam Asghari, on the set of her music video for “Slumber Party” in 2016. Despite an age difference of more than ten years, the two hit it off and exchanged numbers after the shoot. They started seeing each other afterward, and went Instagram official in January 2017. Ever since, Sam has been a rock for Britney — he was a solid support system when she got treatment for mental health in 2019 — and their relationship is still going strong today! 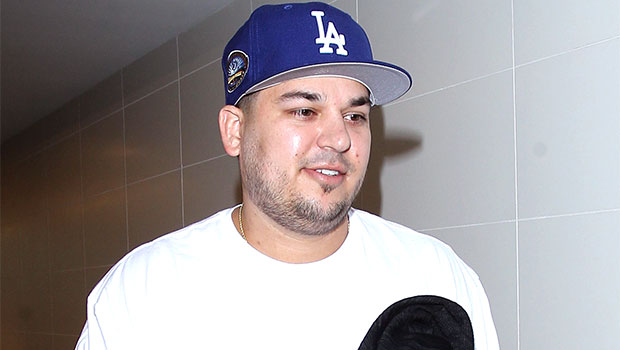