With a swathe of Britons having now returned to their Covid-safe offices, life for many is beginning to resemble some degree of normal once again.

But having been cooped up with their partners for months on end during lockdown, the excitement generated by the change of scene has proved too much for some.

A study conducted by Gleeden – a portal for extramarital encounters in Europe made by women with over 7 million members, of which over 250,000 are in the UK – discovered that 38 per cent of its British users had an affair with a colleague after getting back to the office following lockdown.

Getting back in the office meant not only a return to socialising in the working environment but also a chance for irresistible dalliances with co-workers.

A study conducted by Gleeden – a portal for extramarital encounters in Europe made by women with over 7 million members, of which over 250,000 are in the UK – discovered that 38 per cent of its British users had an affair with a colleague after getting back to the office following lockdown. Pictured: stock image

When questioned about the reasoning behind their unfaithful encounter, 39 per cent confessed it was a pure craving for sex, while 36 per cent admitted they enjoyed someone other than their partner finding them attractive.

A quarter said they cheated to feel desirable again.

It comes after more than 60 per cent of the total surveyed members claimed lockdown has had a negative impact on their relationship, both emotionally and physically.

Gleeden user Kelly78, who is married with two children, said cheating on her partner was ‘inevitable’ after the stress she endured during lockdown.

‘Staying at home with two kids and my husband every day was a nightmare,’ she explained.

‘My husband and I were already having various problems and I was involved in an affair already months before lockdown. When lockdown happened, I lost my contacts with the other guy and never really felt close to my husband. Gleeden user Kelly78, who is married with two children, said cheating on her partner was ‘inevitable’ after the stress she endured during lockdown. Pictured: stock image

‘As soon as the government eased the restrictions, I felt free. At work, I was attracted to almost every colleague. I kept having a flirty attitude until I finally made out with a guy I didn’t even know really well. All I wanted was getting physical with someone who was not my husband.’

Meanwhile married user Becky86 said for her, it was all about sex. The mother-of-one revealed: ‘Me and my partner used to have an active sexual life.

Commissioned by national law firm Stephensons Solicitors LLP, the survey highlights the negative impact the pressures of living through the coronavirus pandemic, lockdown and increased social distancing measures are having on UK relationships.

Almost a fifth (18 per cent) of couples stated that their own or their partners’ financial difficulties or money worries were the reasons their relationship was on rocky ground, rising to just under half (44 per cent) for Gen Z’ers (18-24-year-olds), 28 per cent for millennials (25-34-year-olds) and 30 per cent for Gen X (35-44-year-olds) couples.

While the challenge of home schooling has had a negative impact on more than a quarter (27 per cent) of those couples aged 35-44 years old, many of whom will have been juggling schoolwork, parenting and working from home at the height of the pandemic.

The loneliness and isolation of being away from friends and family is hitting relationships hard also, with almost a fifth (19 per cent) of UK couples surveyed citing the negative impact this has had on their relationship with their partner. This rose to almost a quarter (23 per cent) of females in a relationship who responded and half (50 per cent) of Gen Z’ers.

‘Even if things weren’t great – I cheated on him already on Gleeden and with a friend) – we still used to be sexually attracted.

‘We used to be both really busy with work or friends and when lockdown happened being constantly together was not easy to handle.’

Things got worse during lockdown, while having to take care of their six-year-old, and the couple argued constantly and began sleeping in separate rooms.

‘Going back to work has been a revelation for me,’ she went on. ‘I am able to see other people, socialise, and most importantly stay away from my partner for most of the day.

‘I cheated on him on the first week I went back to work. I needed attention and I needed sex. The only thing really worrying me was social distancing. But in the end, I did not resist, and we had sex at his place right after work.’

Another user, called Aeron, said he’s already cheated on his wife twice since returning to work, having already been unfaithful in the past.

‘I just can’t help it,’ he said. ‘She’s been the only person I’ve seen in the past months and this just drove me insane. We live in a very small flat, with no garden and no space for privacy.

‘There is a girl working in my team, I already fancied her, but nothing ever happened. But after we got back to work, I knew what was going to happen. She is pretty and quite cheeky. I like that.

‘We kept flirting constantly until one evening after work I just grabbed her in my office, and we had sex.

‘After that, we went out for a drink and had sex at her place because she lives alone. I still want to have sex with her, nothing more, just sex. I have no idea where things will go with my wife.’

The study, conducted on a sample of 1,267 British users, also questioned whether the affair was premeditated or unexpected.

Out of those that responded, 78 per cent said they hadn’t planned it, while 22 per cent had arranged a date outside of office hours.

Of the people that cheated, 38 per cent had sex while 29 per cent didn’t go further than kissing.

Meanwhile 12 per cent said they went as far as foreplay, while 21 per cent insisted they only flirted.

When 59 per cent said they would cheat again with their co-worker, 41 per cent claimed it was a one-off. 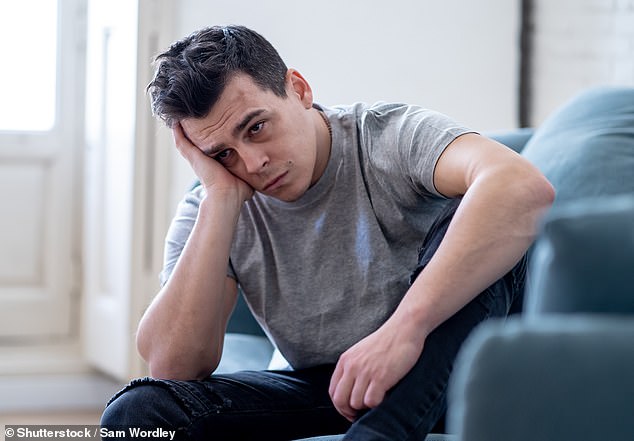 Man, 24, dies after being attacked near train station in Crawley as police launch manhunt

Joe Montana ‘wrestles his infant grandchild away from an alleged kidnapper’