Justin Bieber took off his shirt to soak in some L.A. sunshine during a hike on Oct. 2. He showed off his buff muscles while hitting the trail, and we’ve got more photos of him flaunting his killer bod.

Justin Bieber really got his fitness in before the weekend, squeezing in a shirtless hike in the Hollywood Hills following a Friday Oct. 2 gym session. After a September that forced many residents to keep their activities indoors due to high heat and brushfire smoke, the 26-year-old singer took off his shirt and soaked in the sunshine on a bluebird afternoon. He showed off his toned tattoo-covered torso and arm muscles by wearing just a pair of black shorts, along with comfy white trainers and a backwards green baseball cap.

Justin threw his black-t-shirt over his left shoulder for the hike, and since he was out in public donned a protective face mask, as is required by California law at the moment due to the COVID-19 pandemic. Still, even without the face covering it was impossible not to notice it was the Biebs who was hiking around thanks to his highly recognizable ink that covers his entire shirtless body, with his two arm sleeves, chest, abs and back all tatted. Any fan would immediately recognize his body without even needing to see his face, so it is amazing he was able to be alone while out for a hilly stroll in an area with other hikers.

Living in L.A., Justin can pretty much go shirtless year-round. He popped out of a dance studio in December 2019 wearing just low-slung tan drawstring shorts over his ever-present white Calvin Klein underwear. At the time he was prepping his big comeback with the Feb. 2020 release of his fifth studio album Changes and a massive stadium tour that was to follow. Until March 2020, when the COVID-19 pandemic shut down pretty much all of the U.S., especially anything involving large gatherings. That caused Justin and all other music artists to cancel their tours due to safety precautions and local laws about crowds. Oh well, at least he got is dancer’s body back before quarantine!

The tour cancellation left a big hole in Justin’s schedule that allowed him to chill out during the summer of 2020, and go on a long road trip with wife Hailey Baldwin, 23. They hit up mountain lakes in Utah and Idaho before heading east to visit musical friends along the way including  Kanye West, 43, at his ranch in Wyoming and Chance the Rapper in his hometown of Chicago. Justin shared shirtless photos of his adventures in nature via his Instagram, much to the delight of fans.

Justin’s IG is also the perfect place to go when he just wants to show off how darn good he’s looking. On Aug. 18, he decided to let fans know that he was feeling “jet lagged” via a shirtless mirror selfie. Once again the white Calvin Klein undies could be seen above the top of his pink shorts, while the Biebs wore a heavy silver chain around his neck. We’ve got all of Justin’s sexiest shirtless photos in a gallery you can check out here. Katie Holmes Gets Love From BF Emilio Vitolo Jr. On her 42nd Birthday: ‘The Most Amazing Person’ 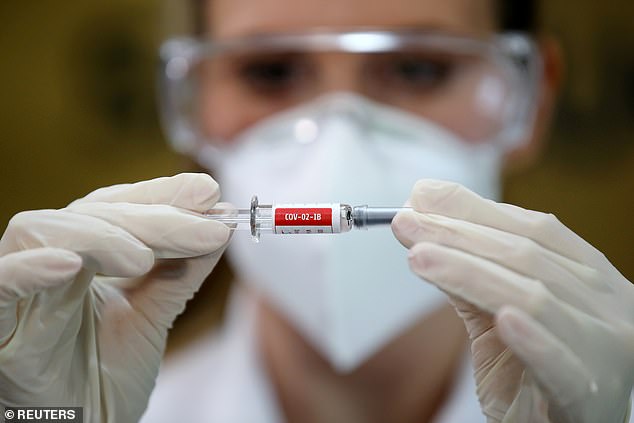 China, Russia and Iran ‘have deployed spies to steal US vaccine research’ in intelligence war