By Joe Davies For Mailonline

A DPD delivery driver took a photo as proof a fragile parcel containing a printer for coronavirus masks had been delivered before launching it over a 6ft wall.

Jonathan Ward, 51, sold the £625 fabric printer via eBay and said he posted it to the buyer inside a box covered in eight stickers marking it as fragile or delicate.

But he was horrified when the buyer in Enfield, north London, got in touch to say it had arrived broken beyond repair.

CCTV footage shows the delivery driver taking a ‘proof of postage’ photo, before lifting the 25kg parcel over his head and pushing it over a wall.

A DPD delivery driver hurls a fragile package over a 6ft wall in Enfield, London, after taking a picture to prove it had arrived safely

In the video, the driver takes a photo of the package before bending over to pick it up.

He brings it up to well above head height in order to get it over the wall before dropping it.

The driver looks around before picking up the trolley he used to get it out the van and walking away.

Another camera shows it landing on the other side, bouncing off a metal staircase, where Jonathan said it broke. 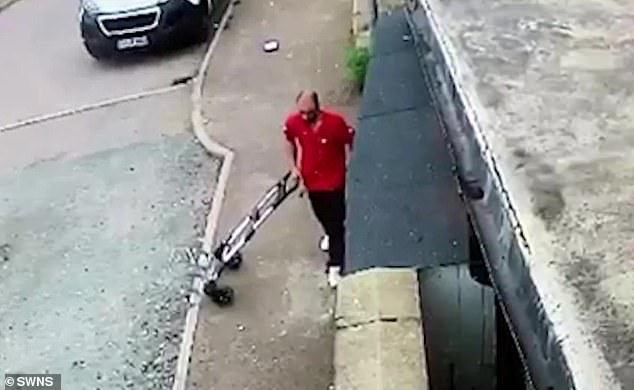 The delivery driver walks away after dropping the package. Jonathan said DPD has ignored his pleas for help and he was forced to refund the buyer himself

The precious parcel, a printer which was bought to make face masks, landed in the back stairwell of a chemist under the flat it was posted to, he said.

Jonathan said DPD has ignored his pleas for help and he was forced to refund the buyer himself.

Jonathan from Bournemouth, said: ‘It’s disgraceful. They now won’t reply to my emails. They’ve cut me off completely. 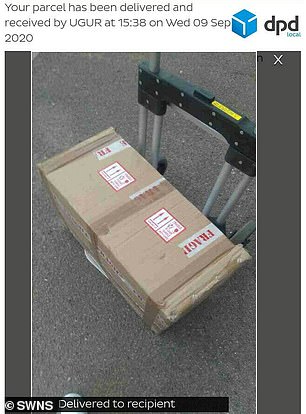 ‘They are just driving me round in circles and want nothing to do with it. They need to take responsibility of what they’ve done.

‘It’s not just a normal printer, it’s a printer for clothes and it was expensive – I’m £650 out of pocket now.

‘It’s not like it accidentally fell out the back of his van, he wilfully launched it.’

The printer was posted on September 9.

A staff member from the chemist found the discarded box later that day and told the recipient who lived upstairs.

Jonathan said he complained to DPD but was only refunded the £17.99 express delivery charge.

When approached for comment, a spokesperson for DPD said a full investigation was now underway.

The spokesperson said: ‘At DPD we take customer service and the behaviour of our staff very seriously indeed, which is why we’ve topped the Money Saving Expert parcel delivery customer satisfaction poll for the last seven years.

‘Clearly, the experience here falls a long way short of what we would expect from our drivers.

‘We are carrying out a full investigation and we will always take firm action where the conduct of our people is found to be below our high standards.

‘We are also in contact with the parcel recipient to resolve the situation fully.’ 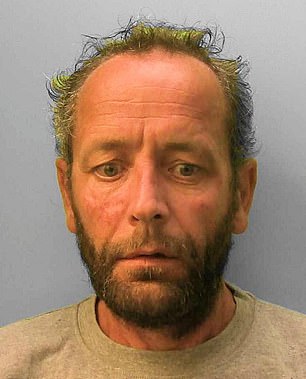 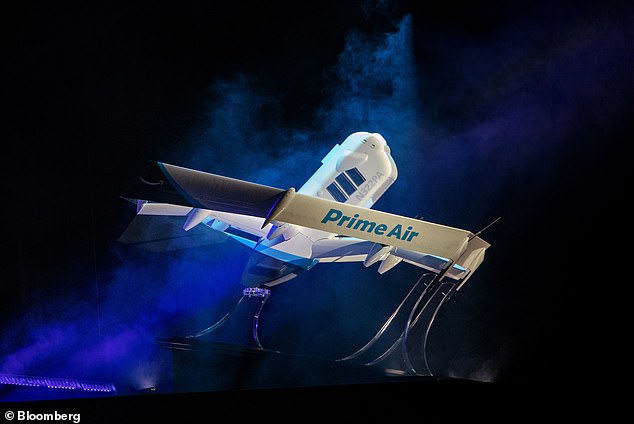