The horse and carriage rides that have become symbolic of New York City’s Central Park will return this weekend after shuttering for six months amid the pandemic.

The return of horse-drawn carriages to the upper Manhattan park signals a return to normalcy in the Big Apple, but it also underscores the significant plunge in tourism that previously financed much of the city.

New York City, which emerged as the country’s virus epicenter, recorded an approximate 90 per cent drop in visitors between April and June – a reported $250million in tourism-related taxes.

The city briefly rejoiced this week when indoor dining was allowed, but a state report found that half of its restaurants could close in six months over a lack of diners and tourists.

New York City’s quandary laid bare the discrepancies between business owners attempting to jump start the economy and a lack of consumers.

But Frank Riccobono, owner of NYC Horse Carriage Rides, told DailyMail.com that the companies opening on Saturday understand the stakes.

‘We’re taking a big chance with what we’re doing and don’t know what we’re walking into between the travel ban and COVID-19,’ Riccobono, a veteran of 16 years, said.

Residents from more than 30 states are still required to quarantine when they enter the city, where 249,000 people were infected and 23,800 died. ‘The lights are going to come back on in New York City, and we are going to be a part of it,’ McKeever told NYDN on Thursday.

‘This is a great moment of hope. There’s a symbolism to seeing a horse-drawn carriage going down the street. It’s really exciting for the city, I think, for all of New York.’

Riccobono told DailyMail.com that only a handful of carriages or so will return for business on Saturday, with many of them focused on public health guidelines.

His carriages have been outfitted with hand sanitizers and masks. Many business owners will  require cleanings in-between rides.

This weekend will be the first time horse carriages will return since March, when the pandemic shuttered industries from all sectors and the typically buzzing city fell silent. Christina Hansen: ‘With everything else’ canceled — the Rockettes, Broadway, no Macy’s Parade, no Times Square ball drop — we can at least be the one, real, non-virtual New York City Christmas tradition still open

Many owners transported their horses to out-of-state farms for six months, including Riccobono, who kept his at a farm in Lancaster, Pennsylvania.

But their return comes just in time for the holiday season, specifically Christmas.

‘With everything else canceled — the Rockettes, Broadway, no Macy’s Parade, no Times Square ball drop — we can at least be the one, real, non-virtual New York City Christmas tradition still open,’ driver Christina Hansen told NYDN.

The publication reported that a dry-run held Thursday saw eager customers asking for rides in advance of Saturday.

‘It’s been dark old days for a while now, and it’s an exciting business,’ McKeever told NYDN. ‘People need to see the city coming back. And once the ball starts to roll, don’t ever count New York down. That ball’s not going to stop.’

Riccobono said NYC Horse Carriage Rides has used reservations to schedule rides and has already had a few customers so far.

Although he did not disclose how many, he said on Thursday night his business gave a ride a family vacationing from California and couple from Texas celebrating their anniversary. Pictured: A carriage is seen during winter season at the Central Park in New York on November 23, 2019 – just two months before the first COVID-19 case was confirmed in the city

Riccobono added that on Friday he had ‘several’ reservations in the day and he looked forward to Saturday.

Still, it’s likely that the number of visitors who could show up won’t be on par with previous years.

In an interview with Market Watch, New York City Comptroller Scott Stringer noted the 90 per cent decline in tourism in the last quarter of fiscal year in 2020.

‘In the midst of the pandemic, we are starting to realize that our 62 million [annual] tourist visitors will be no more in the short term,’ Stringer told Market Watch.

‘We haven’t lost our mojo as a city, but the pandemic has curbed what we can do to attract people from all over the world.’

The problem of tourism appeal could assist in shutting down 24,000 restaurants and eliminate 150,000 jobs, according to a report from State Comptroller Thomas DiNapoli on Thursday.

‘Estimates of the potential permanent closures of City restaurants and bars over the next six months to a year have generally ranged from one-third to one-half of all establishments that existed before the pandemic. ‘At the high end, that could result in a permanent loss of nearly 12,000 of the City’s restaurants and bars, and nearly 159,000 industry jobs, although the opening of new restaurants would mitigate some of these losses,’ the report reads.

The report also revealed that the vast majority of restaurants across the city are small businesses with fewer than 20 employees.

The two areas with the most restaurants are midtown and lower Manhattan – together, they make up 40 percent of the city’s jobs.

The report came after New York City restaurants reopened after seven months, but still operated under a 25 per cent capacity limit. Diners inside Keens Steakhouse on Wednesday on the first day of indoor dining in New York City. Restaurants can operate at a 25 percent capacity

The 25 percent capacity limit drastically reduces the amount of money restaurants – many of which struggled to turn a profit when packed – can make.

Many are urging Cuomo to allow them to start at 50 percent on October 15 and 75 percent on November and 100 percent by Thanksgiving.

But others have pushed back against encouraging droves of tourists back into the city.

‘The relative loss of allowing the coronavirus to ravage New York once again is much more detrimental to the economy than the relative and temporary tourism industry deficit.’ 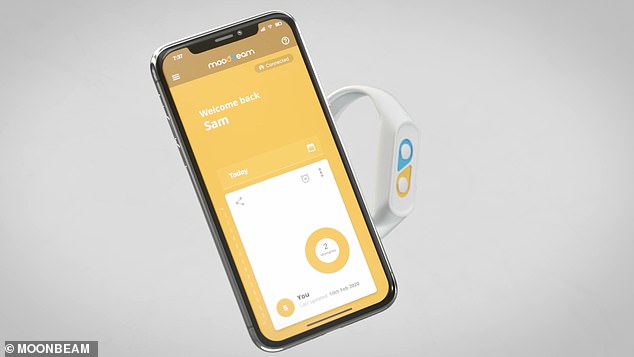