Nazanin Mandi spoke to HL about her fabulous Savage x Fenty show debut & how she overcame body dysmorphia to feel her best on stage.

When watching the Savage x Fenty show, you might recognize a few familiar faces, including Nazanin Mandi and her hubby, Miguel! The two both make their Savage x Fenty show debuts, with Nazanin strutting her stuff in Rihanna‘s epic designs, while her hubs performs one of his hit songs. While the actress has been open about her past struggle with diet pill addiction and body dysmorphia, the woman you see on the runway is filled with confidence and empowerment. She spoke to HollywoodLife.com about overcoming those body image issues and blooming into the sexy, curvaceous and inspiring woman she is today.

“Keeping focused was key for me in preparing for the show. Not only was I juggling other projects but also upping my workout routine just a bit. I didn’t want to lose weight, it was all about feeling my strongest and most toned all while keeping my curves. So not as many cheat meals and heavier weights did the trick,” Naz said of preparing for the Savage x Fenty Vol. 2 show, which premiere on Amazon Prime Video on October 2. “I’m honored to work with a Brand that celebrates diversity and in such an authentic way. I’m BEYOND thrilled.”

Nazanin, who has been a Savage x Fenty brand ambassador for almost a year, wore a custom made lingerie look with green crystal embellishments on the bra and green latex gloves and knee-highs. “My look is Mythical, Creative, Sexy … every piece was custom made including the flower lash,” she explained. “I tried on a few different looks in the fitting and felt the most savage in the one I wore. We definitely went for it in every aspect.”

The Cali native wreaked confidence in every sense of the word with her obliques on display and envious body glowing in the dim lights. However, she admits, she wasn’t always so self-loving, and still has her moments. “Therapy played a huge part in overcoming all the toxicity in my life. I haven’t taken a single diet pill since and I have remained consistent with my workouts, doing what’s right for me and my body/mental,” Nazanin described. “The dysmorphia is still very relevant and something I fight often … the only difference is now I have the tools to combat the negativity.”

She added, “Nobody cares about your insecurities as much as you do. We all struggle, we all fear .. speak about it. be open, be vulnerable and if there’s something you wish to improve on remember consistency is key. Self love ebbs and flows, so be easy on yourself.”

Find out how you can stream the Savage x Fenty Vol. 2 show on Amazon here! 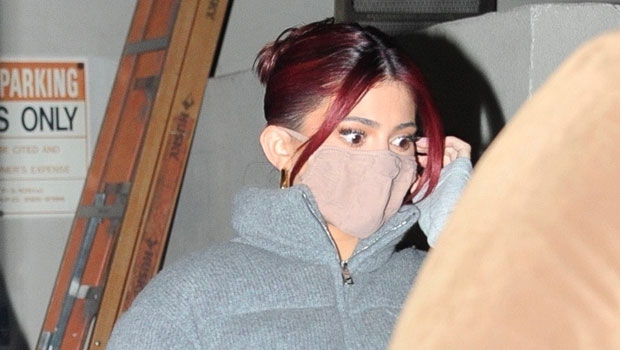