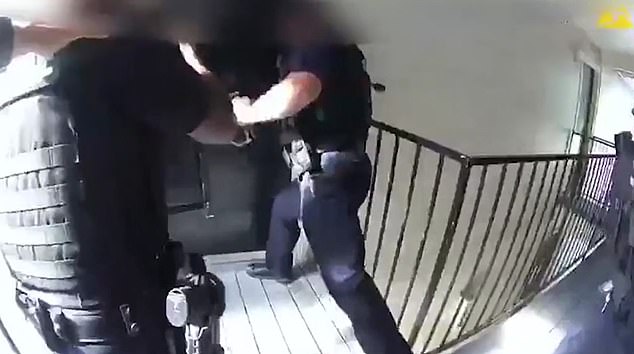 Police in Florida have released dramatic body camera footage showing the moment officers rescued a woman who they say was being held hostage by her ex-boyfriend following a kidnapping.

Tampa Police Chief Brian Dugan said that shortly before 6am on Sunday, Tyre Snead, 24, entered the home of his ex-girlfriend while she was asleep in her bed, woke her up at gunpoint and demanded money, rifled through her purse and forced her into her car, which he had stolen from her the day before.

According to police, Snead then drove the woman to his apartment and held her there against her will for more than four hours.

The suspect, Tyre Snead, 24, locked his door after seeing police outside, forcing officers to use a battering ram

Officers were able to track down the suspect and arrived at his residence just after 10.20am that morning.

As police were in the process of evacuating the next-door apartment, Chief Dugan said Snead opened his front door and immediately shut it after seeing the cops.

‘Tampa police, hands in the air!’ officers shout as they pull out their service weapons and train them on Snead’s apartment, as seen in the newly released body camera video.

Snead refuses to obey the commands and locks his front door, prompting officers to use a battering ram to force it open. 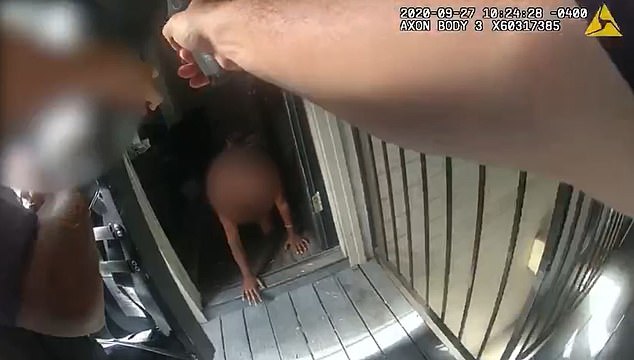 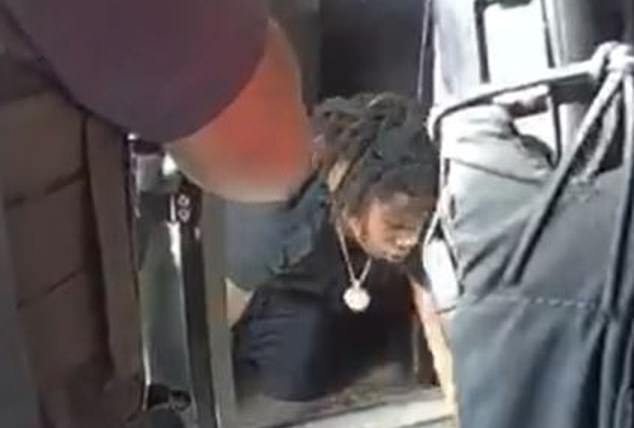 Inside, they see the suspect and the victim in a back room and order them to come out with their hands in the air.

‘Crawl to me right now, both of you, on your hands and knees,’ an officer commands.

The female victim emerged from the apartment first and was whisked away to safety.

Snead came out next and was arrested on charges of robbery, home invasion, kidnapping, false imprisonment, aggravated assault with a deadly weapon, carjacking and grand theft. 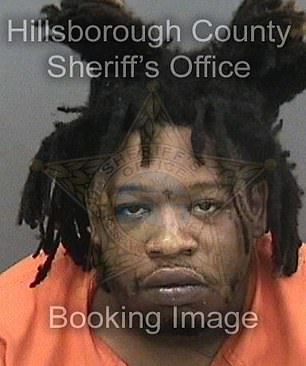 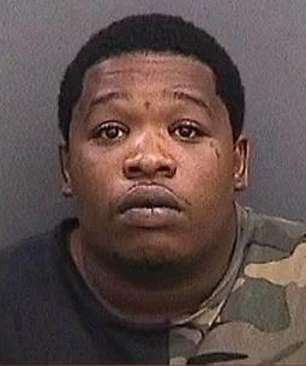 Snead was arrested on charges of robbery, home invasion, kidnapping, false imprisonment, aggravated assault with a deadly weapon, carjacking and grand theft (pictured in his new mugshot, left, and a previous mugshot, right). He has a prior criminal record in Hillsborough County

‘This was a scary moment for the victim, who is doing OK,’ the police chief stated. ‘I want to thank the men and women of the Tampa Police Department for doing what we do every day to protect the citizens of Tampa.’

Snead is being held in the Hillsborough County Jail on $1.3million bond.

Snead has a prior criminal record in the county that includes charges of marijuana possession and possession of drug paraphernalia, and driving without a license. 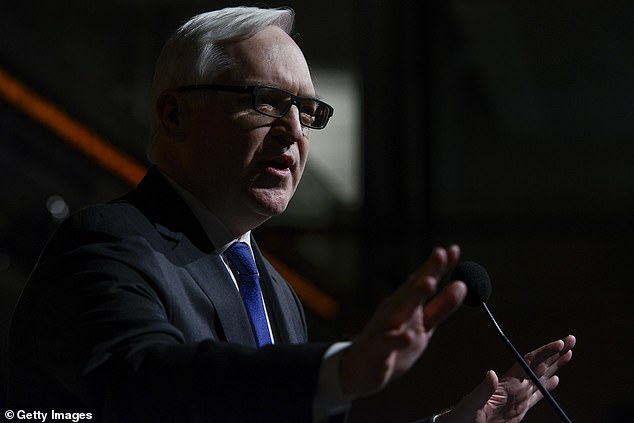