Akshay Kumar is all set to return home after wrapping up the shoot of his upcoming espionage thriller, Bell Bottom. He took to Instagram to share a picture of him and Vaani Kapoor posing outside a chartered jet and wrote that it was a ‘long but fruitful schedule’.

“Mission accomplished! After a long but fruitful schedule, grateful to have shot and completed #Bellbottom during the pandemic ! Now it’s time to head back #JetSetGo,” he captioned the photo.

Bell Bottom, directed by Ranjit M Tewari, is the first film in the world to pull off a start-to-finish schedule during the Covid-19 pandemic. Crediting his team, Akshay had earlier said, “The new normal has made us realise a different way of working that none of us could have imagined. I hope our shoot during the pandemic reassures others that keeping all safety in mind, it’s time to get things moving again.”

Also read | Serious Men movie review: Furious and fabulous, Nawazuddin Siddiqui’s new Netflix film is one of the finest of 2020

Akshay and the team of Bell Bottom flew to Scotland in August to shoot for the film. He made an exception and broke his rule of working only eight hours a day, to make up for the time lost in the initial 14 days of quarantine. He pulled a double shift and also made suggestions to fast-track the process of shooting and save the producers’ money.

Bell Bottom, inspired by true events, will see Akshay playing a RAW agent who rescues more than 200 hostages in a hijack situation. The film, set in the 1980s, is scheduled to release on April 2, 2021.

Meanwhile, Akshay’s next, Laxmmi Bomb, will be out on November 9. The film is scheduled for a direct-to-digital release on Disney+ Hotstar. It will simultaneously release in theatres in select overseas markets – Australia, New Zealand and UAE.

Another film of Akshay’s, Sooryavanshi, was set to release in the coming days. Though it was scheduled to hit the theatres on Diwali 2020, it has now been delayed. 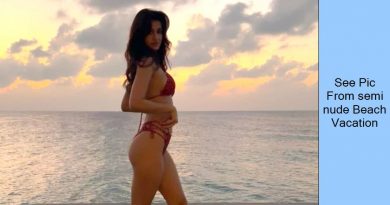 Priyanka Chopra and Nick Jonas share special messages for each other on 2nd anniversary: ‘My strength, my weakness, my all’