Revelation 19:20 states that the beast and the false prophet will be cast in the lake of fire.

The beast in Revelation alternately refers to an evil empire and the person who leads said empire, perhaps the Antichrist. The beast cast in the lake of fire is presumably this person.

These two will be cast into the lake of fire along with the devil who empowered them both (Revelation 20:10).

Finally, these three will be joined by the unrepentant dead, those who rejected Christ (Revelation 20:15 and Revelation 21:8).

6. What Happens to Those Thrown in the Lake of Fire?

Revelation 20:10 makes it clear that the devil will suffer eternally, “tormented day and night for ever and ever.” There is less agreement, however, on the fate of all others in this situation.

A common understanding of the penalty of sinfulness is that of eternal torment. However, the Bible doesn’t necessarily say that. Paul states that the wages of sin is death (Romans 6:23), and both Revelation 20:14-15 and Revelation 21:8 call the lake of fire “the second death.” Because of this, one understanding of these passages is that all human souls cast into the lake of fire are destroyed forever. As the first death was the cessation of the physical body, the second death is the cessation of the soul.

Furthermore, some point out that the translation of Revelation 20:10 isn’t precise in who “they” are who will be “tormented day and night,” as the third person plural of the future indicative passive tense for “tormented” in the Greek is all one word and could also refer to Satan and his demons’ eternal torment, not that of Satan and the beast and prophet.

Satan is thrown into the lake of fire where the beast and the false prophet “had been thrown” or “had already been thrown,” meaning it is possible that they were already destroyed. (The Greek only includes the conjunction “kai,” meaning translators had to insert English words based on context.)

Others interpret these passages, rather than death and Hades being thrown into the lake of fire and destroyed, as indicating that the souls thrown in the lake of fire will suffer eternal torment along with Satan and his demons, citing passages such as Matthew 13:42, “They will throw them into the blazing furnace, where there will be weeping and gnashing of teeth.”

Either way, those thrown into the lake of fire are cut off from God forever. 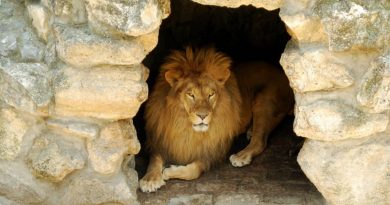 10 Things You Might Not Know about Daniel in the Bible