New York will face Tampa Bay in the next round, which also swept its rival

Colombian Gio Urshela hit a bases loaded home run and was a key part of the decisive ninth inning rally, scoring the playoff run, as the New York Yankees advanced to the AL divisional round after beating the Cleveland Indians 10-9 Wednesday in a baseball marathon and sweep the wild card series.

The Yankees won 12-3 on Tuesday in the first of the miniseries and his next rival will be the Tampa Bay Rays. The wild card series is the best of three games in this unusual postseason, which featured an unprecedented eight games on Wednesday.

Urshela, who plays third base, he also made a spectacular throw with the glove for a double play in the eighth inning, a key action because he stopped a Cleveland attack that had already included the lead run for the Indians (9-8).

Giodude with the defense. pic.twitter.com/QTw8TtqVvE

That Cleveland run was scored by a hit by Venezuelan César Hernández against Cuban pitcher Aroldis Chapman, who in the end was the winning pitcher for the Yankees.

But in the opening of the ninth inning, Giancarlo Stanton was walked by closer Brad Hand, Urshela singled, Gleyber Torres reached infieldhit to load the bases. After one out, Dominican Gary Sánchez raised a sacrifice so that the game was tied and then followed by D.J. LeMahieu hit to propel Urshela to 10-9.

Stanton and Sánchez also hit home runs. for New York, who started on the hill with Japanese Masahiro Tanaka (6 earned runs in 4 innings) in a game that started late due to rain.

In the other playoff bracket in the American League, the Houston Astros advanced by beating 3-1 at the Minnesota Twins, who lost by the 18th straight postseason game.

The Astros will face the winner this Thursday between Oakland Athletics and Chicago White Sox, entering Game 3 of their series after Oakland won 5-3 on Wednesday. 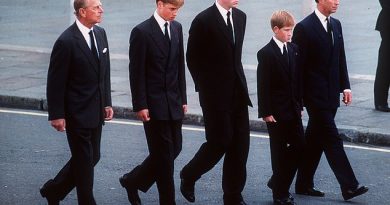