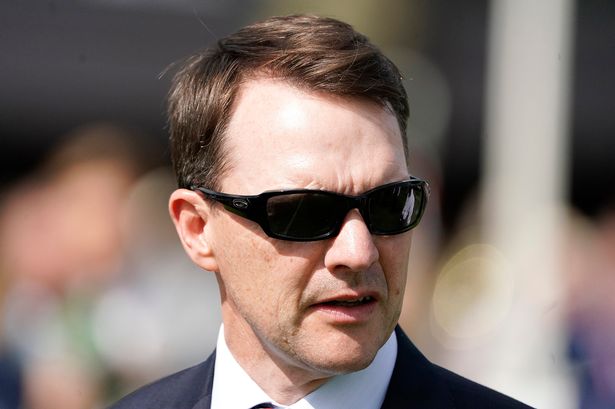 AIDAN O’BRIEN warned “nothing is on or off” as he admitted heavy ground could “definitely” cause Love to miss Sunday’s Prix de l’Arc de Triomphe.

The ground at ParisLongchamp was yesterday described as “very soft” by officials, who reported a penetrometer reading of 3.9.

Further rain is forecast for the French capital in the run-up to Europe’s middle-distance championship, and a worried O’Brien conceded deteriorating conditions could force his dual Classic heroine – winner of the Yorkshire Oaks on rain-softened ground in August – to miss out.

“I would definitely say so,” said the master of Ballydoyle, whose daughter of Galileo is now out to 3-1 with Ladbrokes.

“When you start getting into extremes – especially when you start talking about heavy ground in France – we have to be realistic.

“We have to make a decision at 9.30am on Friday. Nothing is on or off until we believe things are right.”

ParisLongchamp clerk of the course Matthieu Vincent predicted a worst-case penetrometer reading of 4.8 – “heavy” – for Sunday, and O’Brien added: “We chanced it on soft in York and she was fine on it.

As expected, O’Brien’s Derby victor Serpentine was supplemented for the Arc at a cost of €72,000.

“He was only ready to start back and we were using it as an Arc trial, even though it was a Group 1,” explained O’Brien.

“We’ve been very happy with him since. He doesn’t stop – he keeps going.”