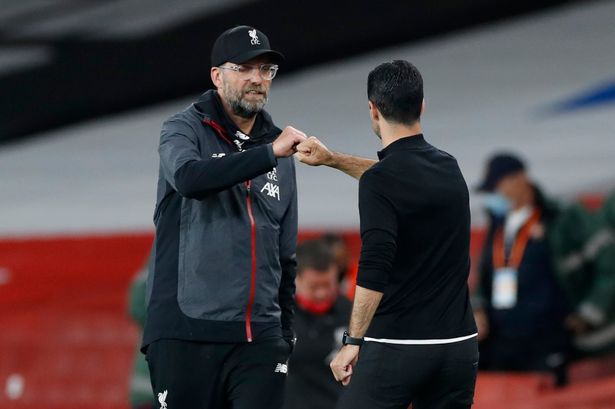 Liverpool have named a strong starting lineup with Virgil van Dijk and Mohamed Salah both included as they face Arsenal once more.

The Premier League sides met at Anfield on Monday night, with the home side running out 3-1 winners.

Now they do battle once more in the fourth round of the Carabao Cup, vying for a quarter-final spot.

Mikel Arteta’s men struggled to keep pace with the Reds in their 3-1 loss, despite taking the lead.

Diogo Jota, who scored the third off the bench, starts, with Salah and Takumi Minamino in attack.

Harry Wilson also gets the nod in midfield.

Hours after winning his first England call-up, Bukayo Saka was given a chance to impress with Eddie Nketiah and Nicolas Pepe in attack.

Keep up with all the action, as it happens, below…