Russia’s most prominent opposition leader Alexei Navalny suddenly felt unwell on a flight over Siberia — a frightening queasiness with cold sweat pouring down his brow. At first, the crew thought it was food poisoning.

Navalny, in his first media interview since his hospitalisation with what Western experts identified as exposure to the Soviet-era nerve agent Novichok, recounted his chilling near-death experience.

“Perhaps 30 minutes passed from the point where I thought something was off to unconsciousness,” Navalny, 44, told Germany’s Der Spiegel news weekly.

The Kremlin critic was returning to Moscow from campaigning ahead of regional elections in Siberia in August.

“It was a wonderful day. I’m on my way home, with a strenuous and successful business trip behind me,” he said.

He said he was looking forward to watching a series on the flight when something felt gravely wrong.

“And then… it’s hard to describe because there is nothing to compare it with,” he said.

“Organophosphorus compounds attack your nervous system like a DDoS attack attacks the computer — it’s an overload that breaks you.”

A cold sweat began pouring down his brow and he asked his spokeswoman for a tissue.

“Then I say to her: ‘Speak to me. I need to hear a voice – something’s wrong with me.’ She looks at me like I’m crazy and starts talking.”

He rushed to the bathroom and splashed himself with cold water, sitting on the toilet seat to steady himself.

“And then I think: ‘If I don’t get out now, I’ll never get out.’ The most important feeling was: You are feeling no pain, but you know you’re dying,” he said.

When he emerged, he turned to a flight attendant.

“Instead of asking for help, I say, to my own surprise: ‘I’ve been poisoned. I’m dying.’ And then I lay down on the ground in front of him to die,” Navalny told Spiegel.

“He’s the last thing I see — a face that looks at me with slight astonishment and a light smile. He says: ‘Poisoned?’ and by that he probably means I was served bad chicken.”

Prostrate on the floor of the cabin, Navalny said it was clear to him he would likely not survive, as fellow passengers begged him to hold on.

“Nothing hurts. All I know is that I am dying,” he said.

“Then I heard voices that were getting softer, a woman calling ‘Don’t leave us!’. Then that was it. I knew I was dead. Only later did I realise that I was wrong.”

Asked about a video that circulated online in the days after his ordeal claiming to show him “screaming in pain”, Navalny said his agony was very different.

“It was something else, worse. Pain makes you feel like you’re alive. But in this case, you sense: This is the end,” he said.

Navalny said he was grateful he could fly to Berlin for treatment, saying that move had saved his life a second time after the emergency care he received in Russia. But he criticised officials who he said succumbed to pressure from Moscow.

“Take the doctors in Omsk, for example, who told my wife to her face that I could of course be flown out, only to then turn around and say that I wasn’t fit for transport,” he said.

“In my opinion, the chief physician at the hospital in Omsk is worse than the secret service agents who kill people. At least for them, killing is their profession.”

Navalny said his doctors in Berlin are unsure whether he’ll ever completely recover.

“Basically, I’m a bit of a guinea pig. After all, there aren’t many people you can observe who are still alive after being poisoned with a nerve agent,” he said.

“At some point, I will probably be written about in medical journals.”

He said he was genuinely shocked to have been targeted for poisoning and pointed the finger directly at Russian President Vladimir Putin.

“If someone had told me a month and a half ago that I would be poisoned with Novichok, I would have laughed at them,” he said.

“After all, we know how Putin fights the opposition. We have 20 years of experience. You can be arrested, beaten up, sprayed with disinfectants or shot on a bridge like Boris Nemtsov. But chemical warfare agents were considered the domain of the intelligence services.”

Navalny said he would continue his work in the opposition, despite the now clearly apparent risks.

“Not resisting would mean putting everyone at even greater risk in the long term,” he said.

“That’s just how it is: We are fighting again monstrous villains who are prepared to commit the most heinous crimes.” 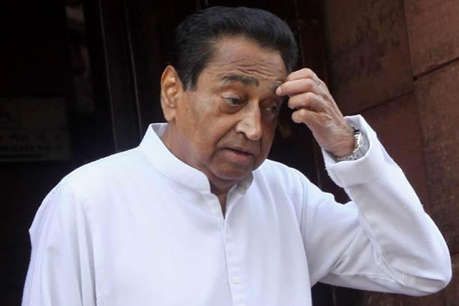 Chiranjeevi wishes Pawan Kalyan on his birthday: His heart beats for the people