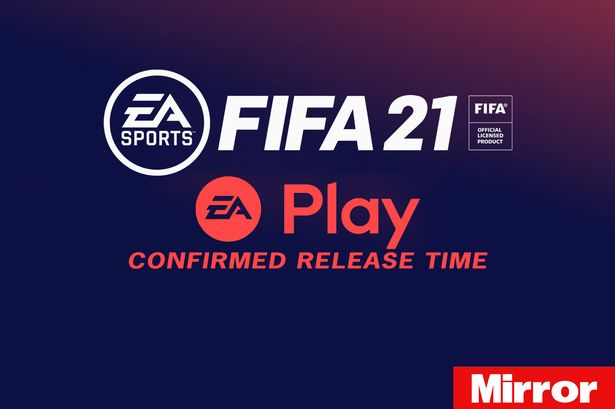 Despite FIFA 21 having a worldwide release date of October 9, EA Play will allow you to get early access to the game.

EA Play, which was previously called EA Access or Origin Access, is a monthly paid subscription service that will allow players on Xbox, PS4 and PC to get early access to FIFA 21, but you’ll only have a a ten-hour trial period to play the game.

For players with an active EA Play subscription, you can play FIFA 21 from October 1, 2020, much earlier than the game’s release date, but you’ll only have a ten-hour trial period of play time. However, all of your progress will carry over when the full game becomes active upon release.

Click here to subscribe to Level up! The Esports and Gaming Show on Apple Podcasts, Google Podcasts and Spreaker.

So what time will players with an EA Play subscription be able to access their ten-hour trial of FIFA 21?

Well, EA have today updated their EA Play countdown clock, which has revealed that players who have an EA Play subscription will be able to access FIFA 21 from 4pm UK time on October 1, 2020.

If you do decide to use EA Play to get 10 hours early access to FIFA 21, don’t forget that you will still have to purchase an edition of FIFA 21 to play the game after your 10-hour trial has expired.

EA Play is a subscription service that costs £3.99 per-month or £19.99 annually for Xbox, PlayStation and PC. There’s also an EA Play Pro subscription, which costs £14.99 per-month or £89.99 annually, but this is only available for PC players. With EA Play Pro, you get early access to deluxe versions of new games, pro-level rewards and content, unlimited access to The Play List and a 10% discount on EA digital purchases. EA Play will also give FIFA players a 10% discount on EA digital purchases including FIFA 21, FIFA points, and other games and content.

FIFA 21 will be playable on the next-generation edition of gaming consoles, the Playstation 5 and the Xbox One Series X/S. These consoles will be released in November.

EA have also confirmed that when you purchase FIFA 21 on Xbox, PS4 or PC, you’ll have access to something called Dual Entitlement, which will enable you to upgrade your copy of FIFA 21 on PlayStation 4 to PlayStation 5, or from Xbox One to Xbox Series X, at no extra cost.