‘Cheers’ premiered on Sept. 30 way back in 1982. The beloved show remains one of the best TV comedies ever. See Ted Danson, Shelley Long, Kirstie Alley, and more then and now.

Cheers ran from 1982 until 1993 and became one of the most beloved shows of all-time. The comedy series made household names out of Ted Danson, 72, Shelley Long, 71, Kelsey Grammer, 65, and more. The theme song is one of the most iconic TV theme songs ever.

It’s been 38 years since the show premiered and 27 years ago since the cast bid farewell in the series finale. For many of the cast members, Cheers was just the beginning of their careers. See how the cast has changed and what they’re up to after nearly 40 years.

Ted Danson played the iconic bartender Sam Malone on Cheers for all 11 seasons. He won one Emmy for his performance. Ted went on to star in the popular sitcom Becker, as well as CSI: Crime Scene Investigation. He starred in the legal drama Damages and the second season of Fargo. His latest role was playing Michael in the critically-acclaimed sitcom The Good Place alongside Kristen Bell. He is set to star in a brand-new sitcom called Mr. Mayor in 2021.

Shelley Long played the beloved Diane Chambers. She won the 1983 Emmy for Outstanding Lead Actress in a Comedy Series. She also won two Golden Globes. Shelley left the show after season 5 in 1987, but she returned for the 1993 series finale. She also reprised her role in the Cheers spinoff, Frasier. After she left Cheers, Shelley starred in a number of notable movies like Troop Beverly Hills, The Brady Bunch Movie, A Very Brady Sequel, and Dr. T & The Women. She played DeDe Pritchett on Modern Family for a number of episodes. She recently voiced the role of Grandma Murphy in the TV series Milo Murphy’s Law.

Woody Harrelson, 59, played bartender Woody Boyd starting in season 4. He won an Emmy for his role on the show. Woody has gone on to become a very accomplished actor. He’s been nominated for 3 Oscars for his role in The People vs. Larry Flynt, The Messenger, and Three Billboards Outside Ebbing, Missouri. He starred alongside Matthew McConaughey in the critically acclaimed first season of True Detective. His latest movies include Midway and Zombieland: Double Tap. He also played Joe Biden for three episodes of Saturday Night Live in 2019. He will star in the upcoming Venom sequel.

Rhea Perlman, 72, played waitress Carla Tortelli for all 275 episodes of Cheers. She won 4 Emmys for her portrayal of Carla. After Cheers, she went on to star in movies like Matilda, Canadian Bacon, and Poms. She reunited with her Cheers co-star Kirstie Alley on the sitcom Kirstie in 2013. She also played Annette Castellano on The Mindy Project. Her latest roles were on The Goldbergs and Harley Quinn.

Kirstie Alley, 69, joined the cast of Cheers in 1987 as Rebecca Howe. She won an Emmy and Golden Globe for her performance. In the midst of her run on Cheers, she starred in the hit movie Look Who’s Talking and its two sequels. The actress also starred in It Takes Two, Deconstructing Harry, and more. She went on to star in the sitcom Veronica’s Closet for 3 seasons. She appeared on Dancing With the Stars in season 12 and season 15. She starred as Ingrid Hoffel in season 2 of Scream Queens. She most recently starred in the 2020 Lifetime movie You Can’t Take My Daughter. On top of acting, Kirstie has been the spokesperson for Pier One and Jenny Craig.

Kelsey Grammer first appeared as Frasier Crane in 1984. He played the character until the series ended in 1993. After Cheers, Kelsey got his own spinoff. Frasier aired from 1993 to 2004. He won 4 Emmys for his role on Frasier. In addition to playing Frasier, Kelsey is known for voicing the role of Sideshow Bob on The Simpsons and playing Mayor Tom Kane on Boss. When it comes to film, Kelsey notably played Dr. McCoy / Beast in X-Men: The Last Stand. He is also an accomplished stage actor. He recently guest-starred in an episode of Carol’s Second Act and in the film Money Plane.

George Wendt, 71, starred as Norm Peterson on Cheers. He earned him six consecutive Emmy nominations for Outstanding Supporting Actor in a Comedy Series. After Cheers ended in 1993, George starred in his own show, The George Wendt Show, but it only lasted 6 episodes. George has appeared in a number of TV shows and movies over the years. He starred as Edna Turnblad in the Broadway production of Hairspray. He most recently appeared in an episode of The Goldbergs, the TV movie Christmas 9 to 5, and film Stealing A Survivor.

John Ratzenberger, 73, played mail carrier Cliff Clavin on Cheers. Following the 11-season run of Cheers, John went on to voice the role of Hamm in Toy Story, as well as the 3 sequels. He is the only voice actor to appear in every Pixar movie. He has also appeared in several TV shows over the years, including 8 Simple Rules, Drop Dead Diva, Legit, and more. John notably replaced Vincent Pastore on Dancing WIth the Stars after Vincent quit following one week of training. He was the host of the documentary series Made In America from 2004 to 2008. John’s most recent work was in the Disney Channel series Just Roll With It and the Pixar movie Onward.

Bebe Neuwirth, 61, starred as Dr. Lilith Sternin, Frasier’s wife, on both Cheers and Frasier. She won two Emmys for her performance. In addition to TV, she is a notable Broadway actress. After Cheers, Bebe starred as Velma Kelly in the revival of Chicago in 1996. She also played Morticia Addams in The Addams Family on Broadway. She starred as Nadine Tolliver in the CBS series Madam Secretary. Bebe portrayed Nora Shepherd in the 1995 film Jumanji and reprised the role in the 2019 film Jumanji: The Next Level. 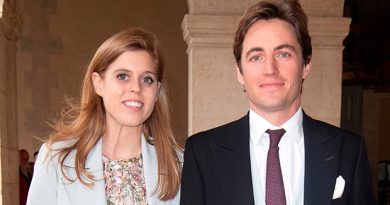