According to Sky Sports in Germany, the Red Devils offered Dortmund €80m (£73m) up front plus €20m (18m) in add-ons for their prized asset.

This is significantly less than Dortmund’s £108m valuation, and was swiftly rejected.

But United are not resting on their laurels, and are keen to strengthen their attack before the summer transfer window slams shut next week.

Reports in Spain are now claiming that Man United are ready to give up on signing Sancho and turn their attention to Barcelona star Dembele instead.

The Frenchman has fallen down the pecking order at the Camp Nou, and is not in new manager Ronald Koeman’s plans this season.

Dembele was named on the bench for Barcelona’s La Liga clash with Villarreal, and only made a brief cameo in the second half of the 4-0 victory.

Former Dortmund ace Dembele has previously turned down an approach from the Red Devils, but would consider joining the Old Trafford club this time round.

Dembele would be available for much less than Sancho, and would only set United back around £55m – £53m less than the England international.

Will Jadon Sancho ever play for Manchester United? Have your say here. 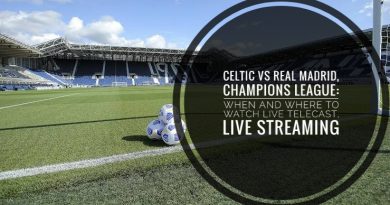 Celtic vs Real Madrid, Champions League: When And Where To Watch Live Telecast, Live Streaming