A Students’ Union leader at Durham University has described herself as a man-hater.

Nailah Haque’s Twitter profile until recently included the declaration: ‘Misandrist till I die.’ A misandrist is a person who despises men.

While the social media account is now defunct, Miss Haque, 21, was elected as undergraduate academic officer in February.

Her appointment comes as it was revealed that Durham Students’ Union is viewed with ‘hatred’ and ‘mistrust’ after it axed funding for an award-winning university newspaper.

The international relations student from East London has encouraged union staff to detail which personal pronoun they use in their emails, and lobbied for the introduction of ‘pronoun badges’ for students and staff to wear.

Durham Student Union leader Nailah Haque’s Twitter profile until recently included the declaration: ‘Misandrist till I die.’ A misandrist is a person who despises men

In July she presented a manifesto to Durham bosses on how to ‘decolonise’ the university.

She has also called on the university, which has an extensive collection of artwork, to ‘sell a Picasso and fund the work people of colour have been asking you to do for years’.

Miss Haque and the union did not respond to requests for comment.

The damning report, unearthed by The Mail on Sunday, adds that the union is ‘undemocratic’ and gripped by a ‘toxic culture’.

Last week we revealed how the union – which is run by a politically correct cabal of radical students – has pulled the plug on the print edition of Palatinate, the university’s respected student newspaper. Durham Students’ Union is viewed with ‘hatred’ and ‘mistrust’ by students following bitter infighting and an election scandal earlier this year, the report unearthed by The Mail on Sunday reveals

Palatinate, which is handed out for free, was once edited by Fleet Street legend Sir Harold Evans, who died last week, and was a training ground for BBC broadcasters Jeremy Vine and George Alagiah.

Union chiefs blamed funding pressures and the Covid-19 crisis, but many students believe the decision was politically motivated and claim freedom of speech is being stifled.

The move, which will save just £4,000 this term, is the latest in a string of controversies that has seen the union increasingly pitted against students.

Jeremy Vine spoke out earlier this week to vent his frustration at the axing of the print edition of the paper. 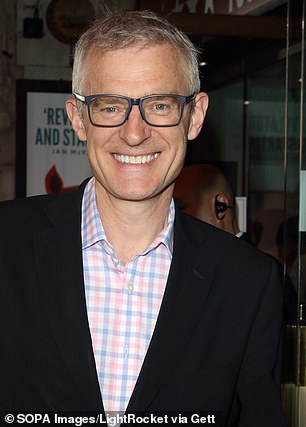 For me – as a doubt-racked teenager – seeing my byline was like finally finding evidence I actually existed. The thrill never went, writes Jeremy Vine

The broadcaster wrote: ‘You never stop being grateful to the first publication that puts your name in print.

‘Palatinate did that for me. The 72-year-old student paper is in the news itself now because Durham Students’ Union, which funds it, wants to stop the cash for its print edition.

‘To me, this is like telling a farmer he can’t keep any sheep but he can keep pictures of them. I am all for online news, but a paper needs printing or it’s not a paper.

‘The editors of the ink-starved publication contacted me with a private message on Twitter. To support them, I posted a gentle tweet.

”’The student newspaper has been printed for 72 years. Now the team have been told there is no budget for paper and ink. This is wrong, wrong, wrong”.’

He added that the current ‘indignation’ from students upset about the axing was also fuelled by a the belief that ‘the sound of a newspaper being printed is the sound of freedom’.

Mr Vine also recalled how in the 1980s when he was studying English literature at the university, the tension between the newspaper and the union was ‘so real you could smell it’.

He added: ‘It became clear to me the students’ union was full of people who were basically doing a full-time degree in hating Mrs Thatcher.

‘Student politics was never very grown-up, and I kept out of it. ‘When I was editor, we ran regular exposés on the people who ran the students’ union – ardent Left-wingers who all seemed to become management consultants on graduation’. Jeremy Vine is pictured far left with student journalists at Durham’s Palatinate newspaper in 1984 Palatinate, which is handed out for free, was once edited by Fleet Street legend Sir Harold Evans (pictured as editor of The Sunday Times in 1975), who died last week

‘The problem comes when a student newspaper is funded by a student body. When I was editor, we ran regular exposés on the people who ran the students’ union – ardent Left-wingers who all seemed to become management consultants on graduation.

‘On one occasion they had been angry at the university authorities and resigned en masse. When I declared this was ”not a big story” and relegated it to an inside page, they were furious. The penny dropped. They thought we only existed to tell the rest of the university how good they were.’

The union is led by five student officers who are elected each year, but an election in February was rocked by a revolt, with more than 2,000 students – 58 per cent of those who voted – refusing to back any candidates and instead voting to ‘reopen nominations’.

Defiant student journalists have raised over £3,500 to get their newspaper’s presses rolling again

Student journalists have managed to raise more than £3,500 in an attempt to get their newspaper’s presses rolling again.

The fundraising campaign was launched after The Mail on Sunday revealed last week how Durham Students’ Union had axed the £4,000 budget to print the fortnightly paper Palatinate this term.

A GoFundMe online campaign, led by a former student, has raised £1,245 and more than £2,250 has been given in private donations – enough to pay for four editions of the paper, each with a print run of 2,000 copies.

Despite the windfall, uncertainty remains as the union has not signed off on a health-and-safety risk assessment that is required before the free newspaper is distributed.

‘We have confidence that we are financially secure enough to print Palatinate,’ joint editors Imogen Usherwood and Tash Mosheim said.

‘However, we are yet to have confirmation that we will be allowed to go to print next week – freshers’ week.’

Their ballot papers were disqualified by the union, a decision that provoked fury, with the university’s Labour club saying it was ‘nothing less than election rigging’.

Weeks after the fiasco, the union quietly published a damning report into how it makes decisions. MiraGold, a higher education consultancy firm, was paid £2,000 to interview a dozen people working for or linked to the union about its democratic processes.

‘It’s the culture around it, it’s actually quite toxic,’ one of the anonymous respondents said.

‘The level of hatred towards the student body has been a slow burn but [issues] have created this mistrust and irreparable reputation damage,’ said another.

‘So much toxicity has already been brought into our procedures, it’s baked into the cake,’ said a third.

The report prompted the union to commission a ‘full-scale democracy review’, which will cost up to £7,000 – £3,000 more than the cost of funding Palatinate for a term.

That same month, Palatinate revealed that just 29 per cent of Durham students who responded to a national survey said the union effectively represented their academic interests – the lowest score across all 137 UK universities.

The union said there were ‘no political influences’ on the decision to ‘temporarily’ halt the print production of Palatinate, which was established in 1948.

Among the complaints of those who protested in the February election is that the union’s assembly – where clapping is banned because some students may be sensitive to noise – passes ‘politically divisive’ motions and fails to engage with the ‘real issues’ facing students.

Motions passed over the past year include calling for a boycott of Barclays bank because of its holdings in fossil fuel companies and declaring the university ‘institutionally disablist’ – suggesting it discriminates against disabled people.

Seun Twins, the president of the union, has hailed Jeremy Corbyn ‘the white king’ and has committed the union to ‘unravelling the unfair power dynamics which permeate into a culture of privilege’.

One student, who asked not to be named, claimed the union’s chief executive Gareth Hughes, a former Labour student activist who describes himself as a socialist on social media, is the ‘driving force’ at the union and that the student officers are ‘in thrall’ to him.

‘He’s the person setting the agenda and calling the shots,’ the source said.

James Parton-Hughes, a former member of the Durham University Conservative Association, said: ‘The union is like a private club with a cancel culture and political correctness. I don’t think there is a single student who would say it should suspend printing of the newspaper. The union should be open to being held to account.’

The union said it could not comment on the MiraGold findings because it was too busy preparing for freshers’ week and dealing with the impact of Covid-19. 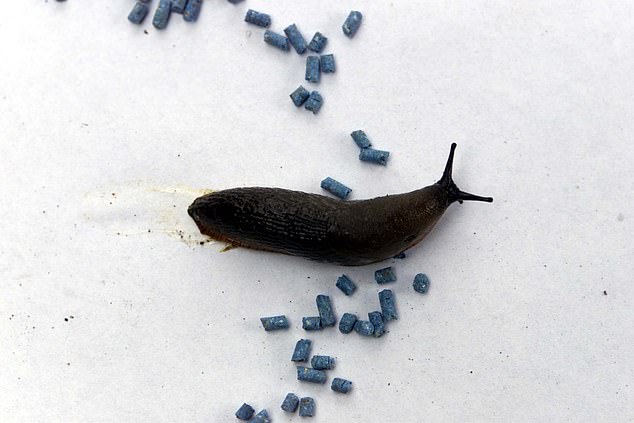 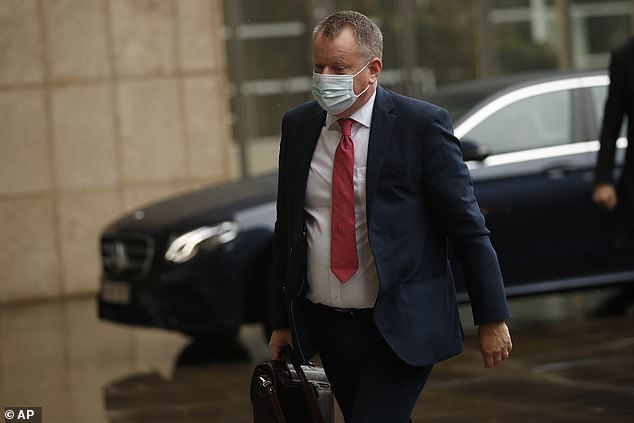