They lack enough votes to stop the one chosen by Trump, but they will use a “very credible and direct” argument to damage the president’s chances of reelection

Led by their presidential candidate, Joe Biden, several Democrats on Saturday opposed the nomination of the president, Donald Trump, for Judge Amy Coney Barrett to occupy the life seat on the Supreme Court.

And there is a common point that Democrats will focus on in the Senate, where the nomination made official this Saturday by Trump will be discussed: the future of the Affordable Care Act (ACA, in English), in the face of the possibility that millions of citizens may lose their health care if Republicans follow through on the threat to repeal this measure.

“President Trump has tried to end the ACA for four years. Republicans have tried to end it for a decade. Twice the Supreme Court has upheld the law as constitutional, ”Biden said in a statement.

“She (Barrett) has a written record of disagreeing with the Supreme Court’s decisions to uphold the Affordable Care Act. Americans know that the decisions of the Supreme Court affect their daily life, “added the Democratic candidate.

Senate Minority Leader New York Democrat Chuck Schumer regretted Trump’s rush to nominate who could replace Judge Ruth Bader Ginsburg. “The last wish of the judge was that she not be replaced until a new president was installed,” she said.

“Republicans are willing not only to ignore her wishes, but to replace her with someone who can tear down everything she built. I will strongly oppose this nomination, ”said Schumer.

The Democratic Senator from Connecticut, Richard Blumenthal, a member of the Judiciary Committee, said he will not meet with Barrett as members of that committee usually do.

“I refuse to treat this process as legitimate and I will not meet with Judge Barrett,” he said in a statement.

The Supreme Court, which resumes its sessions a week after Election Day, is scheduled to debate the future of ACA, also known as Obamacare.

Trump, who supports the Texas-led lawsuit to invalidate Obamacare, has repeatedly indicated that he would nominate judges to rule against him.

“It will be an important focus,” California Senator Dianne Feinstein, the top Democrat on the Senate Judiciary Committee, said in an interview Thursday, but “there are other” issues also at stake, she added.

As a candidate, Trump slammed Chief Justice John Roberts for voting in favor of the Affordable Care Act. “My judicial appointments will do the right thing,” he tweeted in February 2016, “Roberts could have killed Obamacare twice, but he didn’t!”

Asked about it, the White House spokesman, Judd Deere, limited himself to saying that the “nominee will be someone who believes in the rule of law and our Constitution as it is written.”

With the announcement of Trump’s candidate to replace the vacancy left by liberal Justice Ruth Bader Ginsburg, who died last Friday at the age of 87, Democrats lack enough votes to stop her in the Senate.

Thus, they are seeking a strategy to maximize their chances of winning the November 3 election with arguments about the negative consequences of a court with a majority of conservative magistrates.

“Republicans have voted 25 times to eliminate medical care, especially the chapter on patients’ pre-existing medical conditions. Now they think this is one way they can do it, ”said Democratic Senator Patrick Leahy, a member of the Judiciary Committee.

The Trump candidate is likely to refuse to answer questions about her position on Obamacare, but her comments from the past may focus the battle on her confirmation. This program received the green light in the Supreme Court in 2012 by a vote of 5 in favor and 4 against; one of the majority judges was Ginsburg herself.

Republican senators in close re-election races are unclear about their plans on the ACA, as their party lacks a replacement plan should their efforts to eliminate the law be successful.

Senator Ben Sasse, Republican of Nebraska and a member of the Judiciary Committee, was enraged when asked about the Democrats’ plans: “They are going to highlight any issue to try to speak the kind of nonsense.”

Josh Hawley, Republican of Missouri, also a member of the Judiciary Committee and who supported the lawsuit against ACA when he was attorney general of that state, pointed out that he did not know if another conservative judge would change the ruling on the future of that program.

“I have no prediction of how the court will vote or what it will mean,” Hawley said, “the court has surprised me every time it has taken up an ACA case.”

The focus on health care at the center of the battle in the Senate Supreme Court nominee vote is a new argument by Democrats to draw attention to what is at stake in future discussions of the highest court as was in the past the issue of abortion.

However, the fate of the ruling in Roe v. Wade – who legalized abortion in 1973 – could still be a hot topic, and some Republicans are openly calling for the ruling to be reversed so that states can criminalize this women’s right.

Another Senate Democrat who analyzed the strategy to be followed on condition of anonymity maintained that the party “would have accepted an offer at any time to focus the election of the nominee on the health care program.”

“So let’s take it,” he said, “it’s very simple: it’s a very credible and straightforward argument to say that in three consecutive weeks we’ll have a confirmation, an election, and then a case to revoke the ACA program. They are three consecutive impacts ”.

With information from NBC News 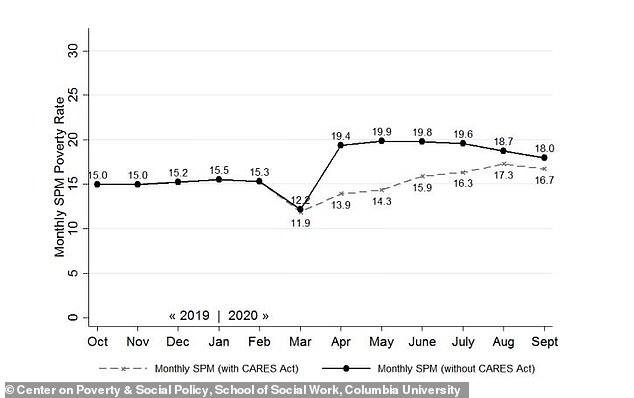