A Seattle cop was caught on cellphone footage violently pushing a bike over the head of a protester Wednesday night, as demonstrations erupted nationwide in the wake of the grand jury decision to not bring murder charges against officers involved in the shooting death of Breonna Taylor.

A shocking video surfaced online of an officer appearing to deliberately wheel the bicycle over the demonstrator who was lying on the road.

It comes as thousands took to the streets of America Wednesday night to demand an end to police brutality and racism and to voice outrage over the verdict of Kentucky authorities about charges relating to Taylor’s death.

Taylor, 26, was killed on March 13 when Sgt Jonathan Mattingly and Detective Myles Cosgrove and Brett Hankison burst down the door to her home in Louisville, Kentucky, while executing a botched late-night raid and shot her six times. 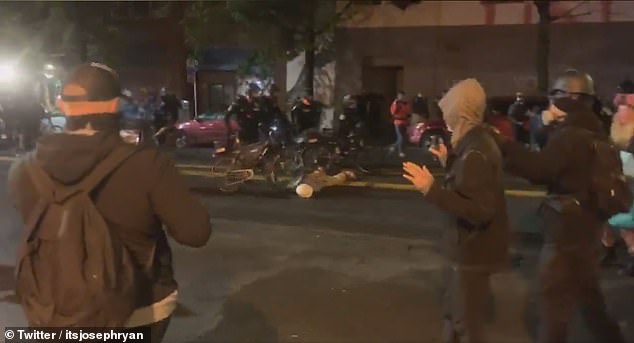 The shocking video shows a wall of cops cycling and pushing bikes or walking down the road while a protester is seen lying on the road. The cop then wheels his bike over the person’s head

In Seattle, footage shows a wall of cops cycling and pushing bikes or walking down the road Wednesday night.

A protester is seen lying on the road as one cop wheels a bike over their head.

Both wheels are pushed over the protester as the cop does not appear to stop what they are doing.

The protester is seen reaching for their head after the attack.

Seattle Police said it was aware of the video and had referred the incident to the city’s Office of Police Accountability for investigation.

The department also said ‘multiple officers’ were hurt during unrest in the city that night.

One officer was struck over the head with a baseball bat, causing their helmet to crack, police said.

A total of 13 people were arrested on charges including property destruction, resisting arrest, failure to disperse and assault on a police officer. Taylor, 26, (pictured) was killed on March 13 when Sgt Jonathan Mattingly and Detective Myles Cosgrove and Brett Hankison burst down the door to her home in Louisville, Kentucky, while executing a botched late-night raid and shot her six times 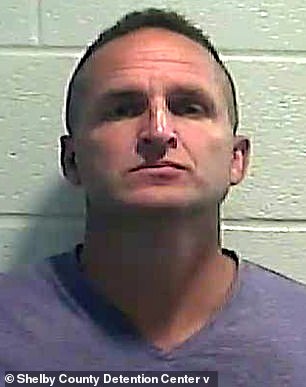 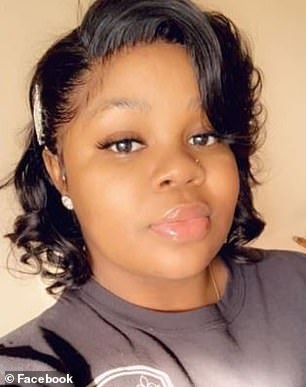 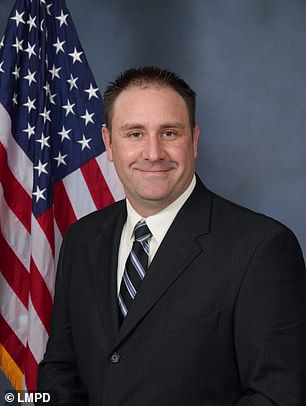 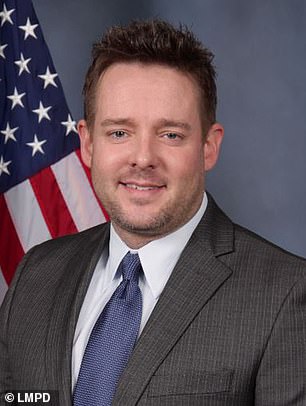 Officers Myles Cosgrove (left) and John Mattingly (right) who were present during the police raid on March 13, were not charged on Wednesday

Protests erupted across America as soon as the Kentucky grand jury’s decision over Taylor’s death were revealed as many – including Taylor’s family – voiced outrage over the cops not facing murder charges.

Black EMT Taylor was shot six times and died in the bungled raid after officers fired 32 rounds into her home and neighboring addresses.

The search warrant for her home related to a drugs investigation over her ex-boyfriend who was not present at the property and who had been arrested at a different address earlier that night.

More than six months on from her killing, a grand jury returned a decision Wednesday on possible charges against the three cops, choosing to indict just one of the officers – Brett Hankison – on the lesser charges of wanton endangerment.

The first-degree charge, a Class D felony which carries a penalty of up to five years in prison, relates to Hankison shooting into the neighboring apartments during the incident. No charges were brought against him in relation to the death of Taylor and the other two officers that fired a total of 22 shots into the black EMT’s home were not charged.

The move stoked renewed outrage over Taylor’s death and the handling of the case with Ben Crump, the attorney for Taylor’s family, saying the charge of wanton endangerment ‘doesn’t make sense’.

Crump blasted that the indictment was in connection to bullets shot into a white neighbor’s apartment and ‘not for the bullets going in Breonna Taylor’s body’.

‘Nothing seems to say Breonna mattered,’ he told NBC.

Protests immediately broke out in Taylor’s home state of Louisville Wednesday and two cops were shot in the city later that night.

One of the officers was recovering out of hospital Thursday and the other was also expected to survive the attack.

A total of 127 protesters were arrested during unrest in Louisville, with dozens more taken into custody amid demonstrations across America.