As he unveiled his latest rescue package to save jobs, the Chancellor called on the nation to learn to live with coronavirus ‘without fear’.

He added that the country could not carry on ignoring the economic impact of the pandemic.

Striking a different tone to the Prime Minister’s cautious, health-focused address to the nation on Tuesday, Mr Sunak said the ‘wider’ costs of Covid had to be taken account of in the coming weeks.

He added: ‘Our lives can no longer be put on hold. We have so often spoken about this virus in terms of lives lost. But the price our country is paying is wider than that.

‘As we think about the next few weeks and months, we need to bear all of those costs in mind.’

In his statement to the Commons yesterday, Mr Sunak confirmed the furlough scheme will not be continued past October 31 – despite warnings that at least two million jobs could be lost by January.

In its place will come a more modest wage subsidy scheme, which could still cost taxpayers an extra £9billion over the next six months. There will also be a package to help businesses. Boris Johnson raised eyebrows in the Commons by skipping his Chancellor’s flagship statement to pay a visit to police recruits in Northampton.

Downing Street strenuously denied suggestions of a rift between the two men. And for his part, Mr Sunak stressed he backed the Prime Minister’s latest Covid crackdown.

But in his statement yesterday, the Chancellor called for Britain to learn to live with the virus. ‘What was true at the beginning of this crisis remains true now,’ he said. ‘It’s on all of us. And we must learn to live with it and live without fear.’

Mr Sunak said it was right to ‘throw everything we’ve got’ at saving ‘viable jobs’. And, with Mr Johnson warning new restrictions are set to last for at least six months, he said it was time to face up to the ‘awful’ trade-offs and hard choices involving health, education and employment.

The Chancellor admitted the economy was now ‘likely to undergo a more permanent adjustment’, with some jobs disappearing for good. Commuters cross London Bridge on September 24 in London, England. Beginning in November when the current furlough scheme ends, the government will subsidise the pay of employees who are working fewer hours due to lower demand

Small businesses will have more time to pay back Government-backed loans in a ‘pay as you grow’ scheme, the Chancellor announced yesterday.

Companies which have taken a coronavirus ‘bounce-back’ loan will be given several more years to pay them off, and be able to defer their tax bills.

Rishi Sunak said these companies would have the right to pause repayments for up to six months without it affecting their credit rating.

‘Right now, businesses need every extra pound to protect jobs, rather than repaying loans and tax deferrals,’ he told MPs.

Almost 1.3 million companies have borrowed £38 billion through the bounce-back loan scheme since May, giving some a vital lifeline as business dried up.  These firms will now be given ten years to pay off the loans of up to £50,000, an increase from the former six-year terms.

On another day of crisis:

Mr Sunak said there had been ‘no harder choice’ than the decision to axe the furlough scheme, which has helped prop up 9.5 million jobs.

But he said it was ‘fundamentally wrong to hold people in jobs that exist only inside the furlough’.

The furlough scheme has seen the state pay 80 per cent of people’s wages if their jobs had disappeared because of the lockdown.

The new Job Support Scheme will provide help for those in ‘viable’ jobs who work at least a third of their normal hours. Passengers on the Jubilee Line on London’s underground on Thursday morning. The Prime Minister Boris Johnson addressed the nation this week regarding new coronavirus restrictions

The arts sector faces a ‘grim future’ of unprecedented redundancies, despite the new job support scheme, Tory MPs have warned.

The sector has been one of the worst hit by the pandemic, with all live performances stopped.

Nearly half of all workers in the arts have been furloughed, and many could lose their jobs at the end of the scheme next month.

Last night, the chairman of the digital, culture, media and sport select committee, Julian Knight, welcomed the new scheme, but added: ‘It still leaves many hundreds of thousands of workers in events, arts and cultural parts of the economy with a grim future.

‘The job support scheme may not be able to stop unprecedented redundancies and many organisations from facing extinction.’

Employers will pay for the hours actually worked, while they and the Treasury will then cover two-thirds of the pay for missed hours.

The scheme, which will last for six months, means the state will subsidise no more than 22 per cent of a worker’s wages up to a maximum of £697.92 per month.

The Treasury declined to put an overall cost on it, but Mr Sunak suggested the bill would be roughly £300million a month for every million workers on the scheme.

Officials believe anywhere between two and five million could join the scheme, potentially generating a bill of up to £9billion over its lifetime. By comparison, the furlough scheme has cost around £6billion a month.

Critics warned the scheme – drawn up with the Confederation of British Industry and Trades Union Congress – would not be enough to head off mass unemployment.

The Institute for Fiscal Studies said it was ‘significantly less generous’ and would lead to ‘sharply rising unemployment’, as jobs which relied on state funding will cease to exist.

Shadow Chancellor Anneliese Dodds said the package of measures ‘comes too late for many people who have already lost their jobs’.

A Treasury spokesman said the criticism ‘doesn’t reflect the real world’, adding: ‘For employers the value in the scheme is the flexibility to change working patterns by the week and the value they get from retaining their skilled and experienced workforce.’

A form of wage subsidy for ‘viable’ jobs, it will replace the furlough scheme, which will be wound down.

A worker doing a third of their hours will be paid for these by their employer as usual. On top of that, they will receive two-thirds of the remainder of their wages, half from the employer, and half from the State. In total, the Treasury says this means workers will get 77 per cent of their usual pay.

It is far less generous than furlough – the State will pay a maximum of 22 per cent of a wage, rather than 80 per cent.

It will also see employers paying out more in wages than the hours they get.

All small and medium businesses will be eligible for the scheme, which starts in November and runs for six months, but larger businesses will have to prove their profits have been hit.

It will be renewed but on starkly less generous terms.

* People will receive just 20 per cent of their usual profits – compared to 80 per cent at the height of the crisis.

HELP FOR HOSPITALITY AND TOURISM

The temporary reduction of VAT rates from 20 per cent to 5 per cent for these sectors will be extended for a further two months.

The Government’s bounce-back loans will have a ‘pay-as-you-grow’ element.

This gives firms ten years rather than six to repay the money, slashing monthly repayments by almost half.

Those struggling to repay bounce-back loans will be able to make interest-only payments and those in real trouble will be permitted to suspend repayments for up to six months.

The deadline for taking out a coronavirus business interruption loan extended until November 30. 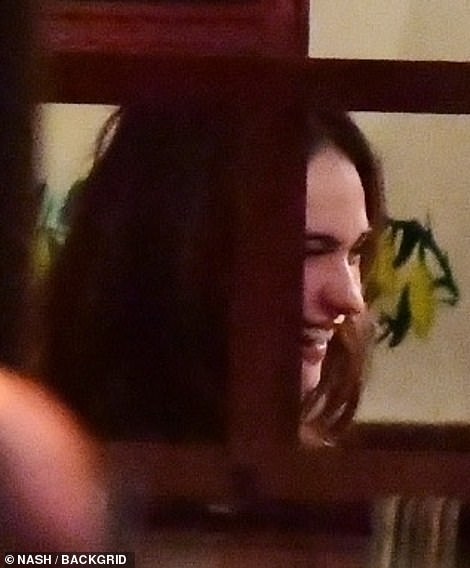 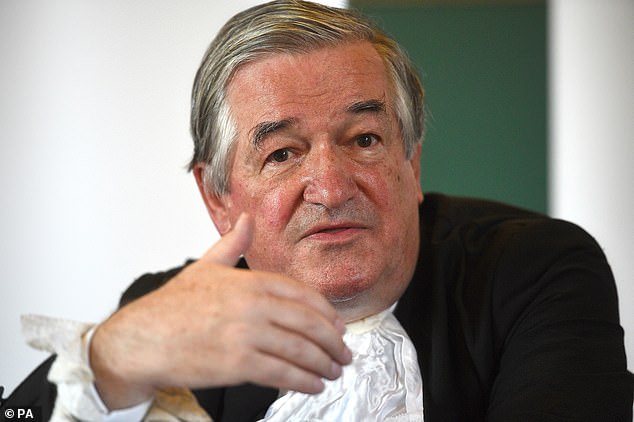