Louis Partridge stars as the dashing Tewksbury in ‘Enola Holmes.’ Louis spoke with HL EXCLUSIVELY about working with Millie Bobby Brown and what that ending means for Tewksbury and Enola. Spoilers!

Millie Bobby Brown, 16, and the cast of Enola Holmes are ushering in a new chapter for the Holmes family. The Stranger Things star plays the titular character and goes on a grand adventure to find her mother. She winds up crossing paths with a young viscount, Lord Tewksbury, and ends up figuring out who was trying to kill him. The movie ends with Enola walking away from Tewksbury’s offer to come live with his family. Enola is on her own path, but it’s clear the story between Enola and Tewksbury is far from over.

HollywoodLife talked EXCLUSIVELY with Louis Partridge, 17, who plays Tewksbury, about that final scene between Tewksbury and Enola. Louis explained Tewksbury’s feelings and whether or not he’s in love with her. “I can’t say that for certain, but I know that Tewksbury doesn’t have anybody that he’s as close to,” Louis told HollywoodLife. “He trusts Enola so, so much, and it’s like something that he really cares about probably more than anything is being taken away from him, whether that’s in a sort of romantic capacity or not. But I definitely think there is an element of that.”

Earlier in the film, when Enola and Tewksbury are at Basilwether, it’s revealed that the Dowager, Tewksbury’s own grandmother, is the one behind the assassination attempts against her grandson. She shoots him in the chest in front of Enola, and it looks like the young viscount is very much dead. Thankfully, he survives due to a makeshift bulletproof vest. When Louis read that first part in the script, he was nervous about his character’s fate.

“My palms were sweating,” Louis admitted. “It was insane. Because originally, the script was different. There was supposed to be a fire, which is the first script I read. I thought it sounded cool, but a little bit implausible. I liked that it’s so direct and confrontational. Your palms sweat when you read a great script. That’s when you know you want the part. I think it was a really cool idea, having her shoot me directly. Wow, that was a statement.”

Enola Holmes flips the typical damsel in distress trope and has Enola saving Tewksbury’s life time and time again. Reversing gender stereotypes in a film like this was really important to Louis. “I think it’s so important to have Enola be this symbol of empowerment,” he told HollywoodLife. “Tewksbury, for me, I can relate to him not being this typical archetype of a man. He loves his flowers, has long hair, and he’s quite effeminate. I think it’s really healthy to present stuff that isn’t isn’t the norm.”

Louis also opened up about his first time meeting Millie at his audition. “I remember she walked in, and I’d been waiting for this audition for a while. It’s like, you’re going to be meeting Millie Bobby Brown. It was a crazy idea,” Louis said. “But she came up and hugged me and my mom. She was just so friendly to me, which really helps. I mean, it’s like you’re acting with a friend, as opposed to Eleven from Stranger Things, which really, really helped me because I was very nervous going into filming it.”

The ending of Enola Holmes is open-ended, and Louis is totally open to bringing back Tewksbury for another adventure. “Well, in the book series Tewksbury only appears in book number one, but I would be down,” Louis revealed. “Louis Partridge would be down. I’m not sure Tewksbury will be down. Let’s hope he would be because I think there’s more to be told.” Enola Holmes is currently streaming on Netflix. 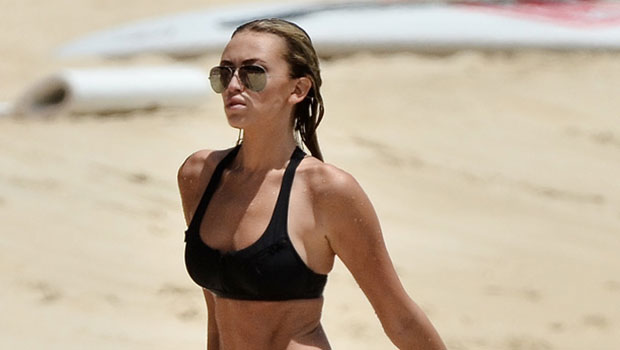