By Raven Saunt For Mailonline

A baby owl made short work of a gecko – eating it alive in gruesome footage recorded in Thailand.

Lamai Janta filmed the feathered predator as it started feasting on the reptile at her home in Tak province.

The birdling, named Hedwig, used its pointed beak and razor-sharp talons to devour the tokay gecko, much to the fascination of its owner.

In the clip, which was recorded on September 10, the baby bird can be seen grappling with the blue and orange gecko.

It places its talons on the reptile’s neck while firmly gripping the head in its beak as it begins eating its prey.

The gecko’s flailing tail becomes detached before the owl steadily drags its prey across the tiled floor.

Ms Janta said she had rescued the baby owl when she discovered it on the ground near her home with an injured eye. 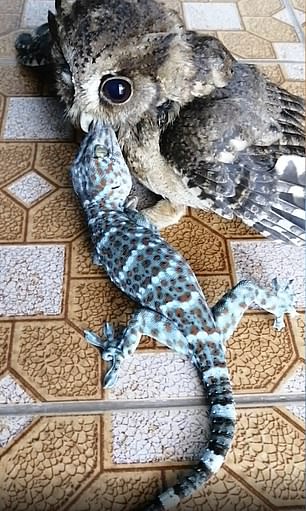 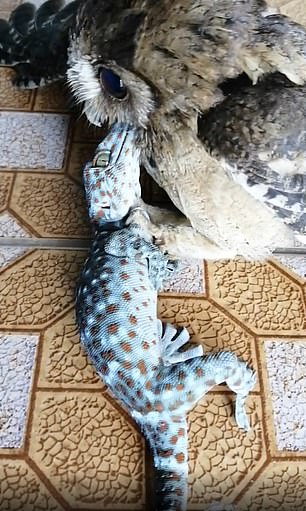 Lamai Janta recorded the footage at her home in Tak province, northern Thailand, as the feathered predator began feasting on the reptile 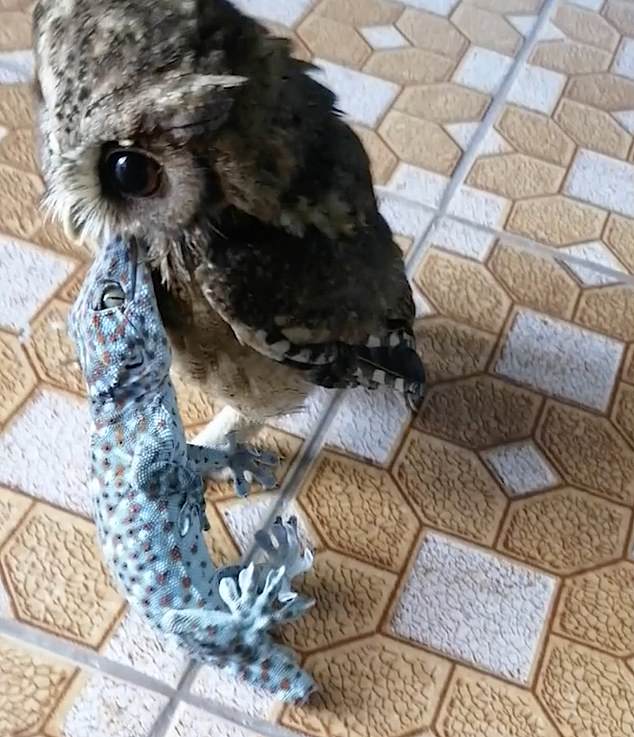 At one point, the gecko’s tail becomes detached before the owl steadily drags its prey across the tiled floor

She nursed the bird back to health – believing it was a gentle pet – and named it after the owl in JK Rowling’s Harry Potter books.

But she was shocked when she saw Hedwig trying to eat its live victim.

She said: ‘I was happy seeing the owl healthy again, the poor thing was badly injured when I found it.

‘I tried to free the owl after it recovered, but it just would not leave. It kept on flying back to my home.

‘I didn’t realise how strong and powerful the owl would be. It caught the gecko and played with it like a toy.’ 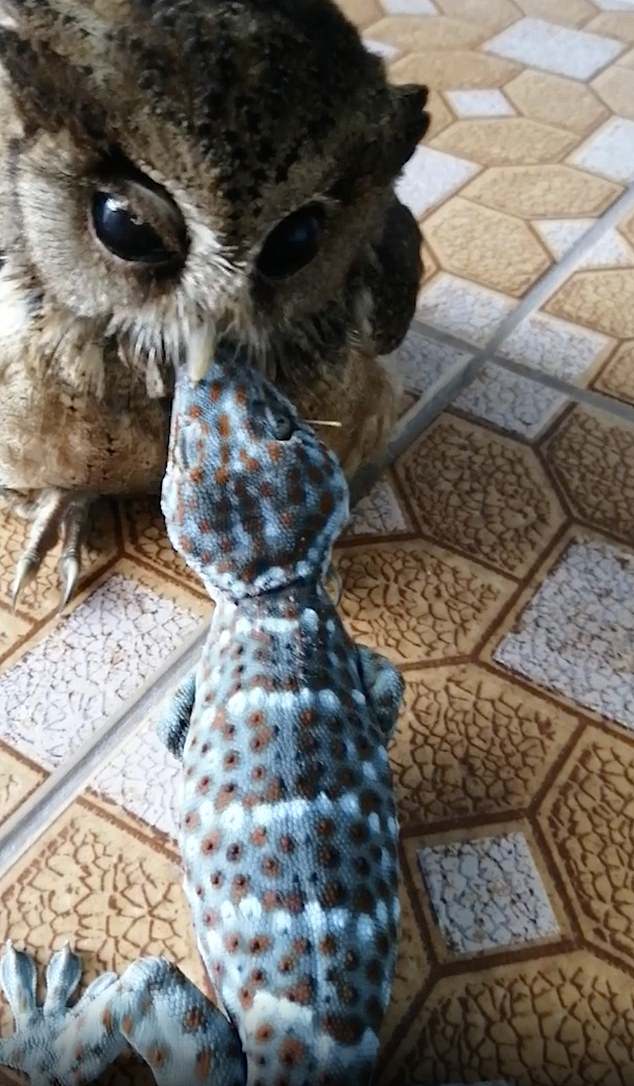 Owls, which are birds of prey, survive on a diet of other animals that includes invertebrates (such as insects, spiders, earthworms, snails and crabs), fish, reptiles, amphibians, birds and small mammals.

Most species hunt from a perch, such as a low branch, stump or fence post before swooping in on their victims.

Smaller prey are usually carried away in the owl’s bill or are eaten immediately while larger specimen are carried off in the talons.

If owl’s find they are left with surplus food in times of plenty, they will create a cache by storing prey in a nest or tree hole.

Like other birds, owls cannot chew their food. This means that small prey are swallowed whole and larger animals are torn into smaller pieces before being swallowed. 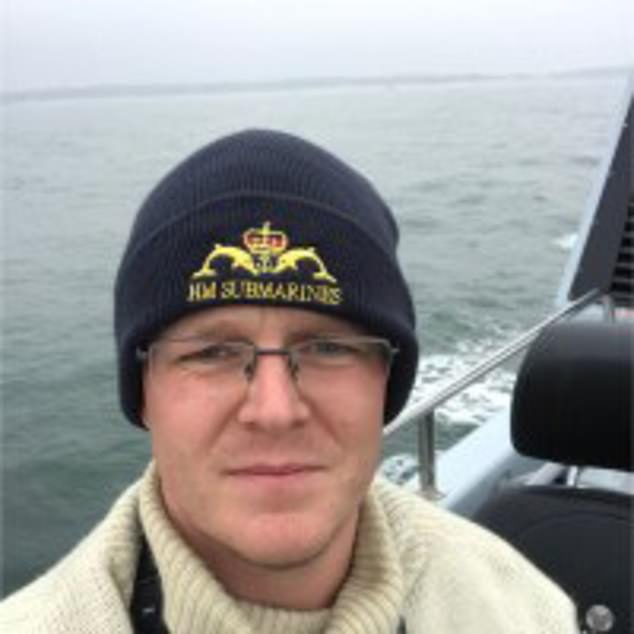