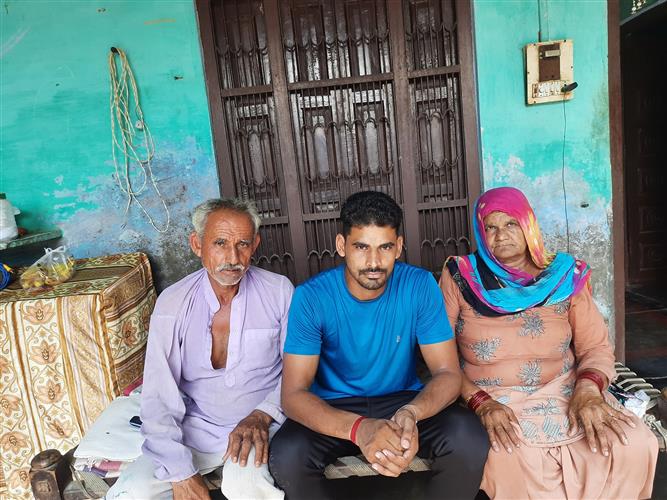 Three years after being discharged by court, the Sonepat sisters’ case still continues to haunt Kuldeep, one of the three youths of Assan village in Rohtak district named in the case.

Earlier, Kuldeep aspired to join the Army, but his candidature was rejected due to the said case. He cleared the Group D Services exam and got a letter of appointment with Haryana Armed Police (HAP) at Madhuban, but his joining has been stalled, because of the case.

“We don’t know when this case will get off our back. Our son has been proved innocent and discharged by two courts, still he is suffering because of the case which was proved false in police investigation,” says Kuldeep’s father Balbir, an ex-serviceman.

Balbir and his wife Shakunatala have urged the state government and HAP authorities to sympathetically consider their son’s case.

Kulvinder Singh, DIG, HAP, Madhuban, said he would look into the matter and get the facts examined.

On November 28, 2014, Pooja and her sister Aarti of Thana Khurd village in Sonepat district thrashed three youths of Assan village in Rohtak district on board a moving bus, accusing them of molestation.

An FIR was registered and an SIT was constituted to probe the case which hogged the headlines for a long time. The police investigation found the allegations levelled by the sisters untrue.

None of the 50-odd witnesses, including the girl who shot the video of the incident, supported the version of the sisters. Polygraph tests indicated that the sisters were concealing some information, while the accused boys had come out clean.

Dia Mirza: Just to say something for the sake of it has become a culture these days

“No case of moral turpitude is made out against Kuldeep and the other youths as they were discharged by the Court of Rohtak ACJM Harish Goyal during the framing of charges. The decision to discharge them was upheld by the Court of Additional Sessions Judge Jasbir Singh while hearing revision petition filed by the sisters,” maintains Kuldeep’s counsel Pradeep Malik.

Noted writer and men’s rights activist Deepika Narayan Bhardwaj says it is unfortunate that the youth continues to suffer despite having proved innocent.

“Till when will he be punished for a crime he didn’t do,” she asks.