After failing to come up with data on the number of migrants killed while making their way back to villages, the central government said it did not have the complete data on the number of healthcare staff. including doctors, nurses, support staff and  ASHA workers who have been affected by and died from Covid.

However, the government said kin of 155 healthcare staff including 64 doctors have sought relief under the ‘PM Garib Kalyan Insurance Package’, which provides relief in case of death of public healthcare providers.

Kin of as many as 32 nurses, 14 Asha workers and 45 “others’’, presumably drivers and cremation staff, also applied for insurance.

Uttar Pradesh accounts for the maximum deaths of doctors (eight), Gujarat in case of nurses (six dead), Telangana for Asha workers (three) and Maharashtra accounted for nearly half of the 45 dead in the ‘Others’ category.

“Health is a State subject. Such data is not maintained at Central level. However, the database is maintained at the national level of the PM Garib Kalyan Insurance Package,” Minister of Health and Family Welfare Harsh Vardhan told Benoy Viswam (CPI) in a written reply.

The Government said it had taken adequate action for screening, surveillance, contact tracing of international travellers from January 18.

Prior to the lockdown on March 25, a total of 14,154 flights with over 15 lakh passengers were screened at these airports.  However, it was on March 3 that the Bureau of Immigration under the Union Home Ministry asked all incoming international passengers to compulsorily declare their travel history to health and immigrations officials at India’s airports. This happened after a man who had entered the country without any screening at Delhi airport was tested positive for Covid.

Without giving the date from which screening was expanded from a couple of airports, the Government said screening was done at a dozen major and 65 minor ports and land border crossings. 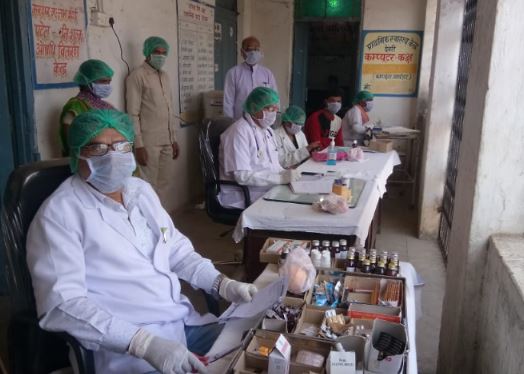