By Leah Simpson For Dailymail.com

Advocates for the homeless called on Mayor Bill de Blasio to rethink kicking out hundreds of displaced people from hotels on the Upper West Side on Sunday, after locals complained about drug use.

The city held a press conference earlier in the day about the removal of 300 men from the Lucerne Hotel, a temporary shelter used to help prevent the spread of coronavirus in crowded facilities.

The displaced people moved into the place in July and are to be moved after the complaints and threats to sue the city.

People alleged that the hotel residents were causing quality of life issues. Some have claimed that the same people living inside the hotel temporarily were urinating in public, plus using and selling drugs. 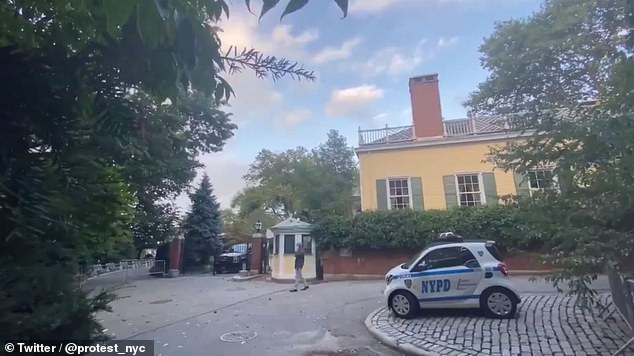 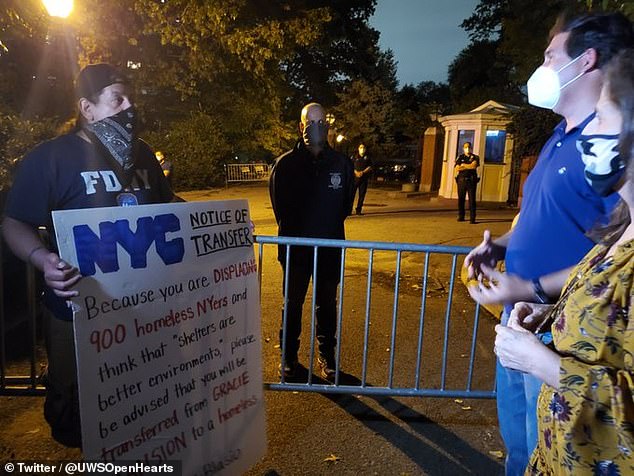 A sign read: ‘Because you are displacing 900 homeless NYers and think that “shelters are better environments” please be advised that you will be transferred from Gracie Mansion to a homeless shelter’ 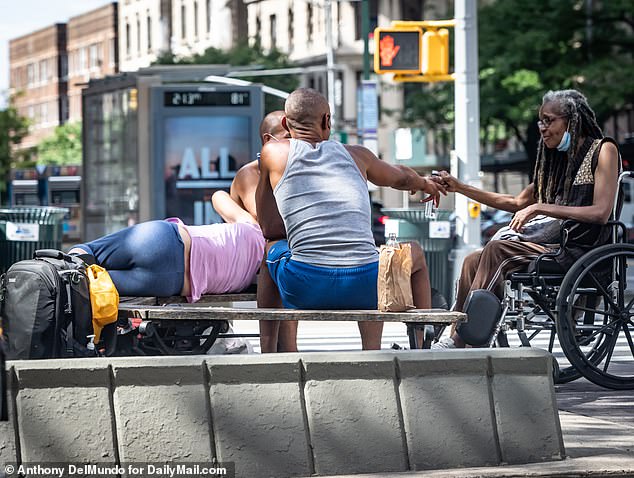 About 900 are being turfed from hotels and shelters after residents complained about seeing them. A group of presumably homeless people pass around a bottle of alcohol out in the open at the corner of West 79th Street and Broadway in the Upper West Side on September 3

But other New Yorkers were determined to make sure the homeless don’t end up even worse off amid the pandemic and marched across 86th Street to get to as close as possible to Gracie Mansion.

Protesters marched from Carl Schurz Park and demanded the Mayor resign with chants as police guarded the property.

A large sign read: ‘Because you are displacing 900 homeless NYers and think that “shelters are better environments” please be advised that you will be transferred from Gracie Mansion to a homeless shelter.’

In response to the men being moved to the Harmonia shelter, south of the Empire State Building, Harmonia residents are being kicked out.

The Department of Homeless Services only paused plans for families accommodated at Harmonia after Legal Aid filed a lawsuit on their behalf.

New Yorkers want the city to announce a longer-term plan to help tackle the problem of homelessness after this summer 10,000 displaced people were moved into some of 600 hotels that had become vacant in lockdowns. 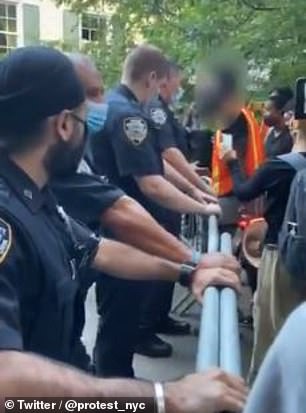 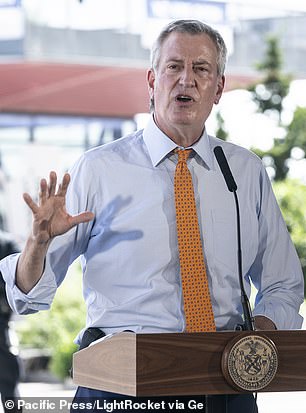 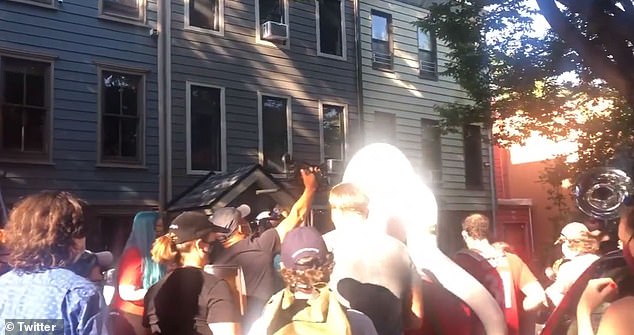 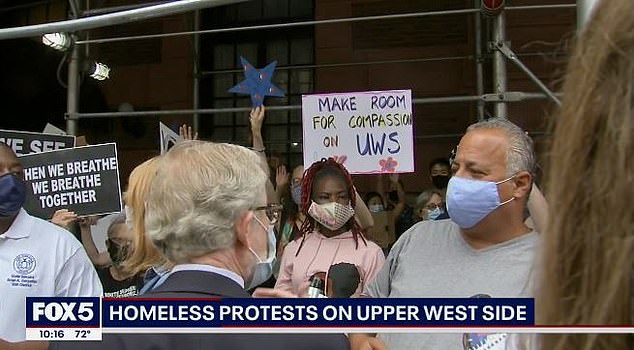 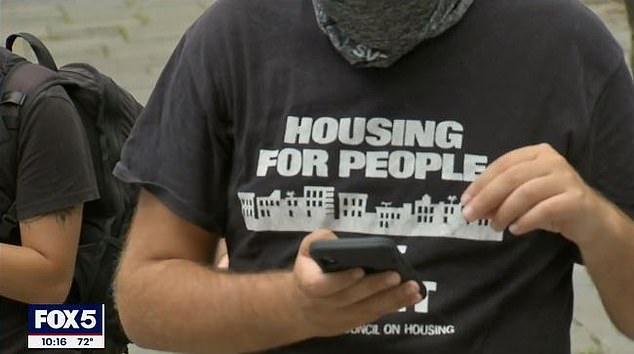 Members of the Open Hearts Initiative on Sunday urged Upper West Siders to show compassion for the people stuck without homes, ways to make a living and many living with mental illness.

‘A lot of us are just trying, like I said, get on out feet and move on,’ Shelter resident Mario Charles told the station.

State Senator Brian Benjamin attended the demonstration to voice how the local government was not showing enough kindness to the less fortunate.

Councilwoman Helen Rosenthal said that while officials have been listening to people who ‘don’t like to see poverty…. the mayor’s decision to move people out of the Lucerne had a ripple effect that no one could’ve expected.’

NYS Assemblywoman Linda Rosenthal added: ‘It’s our responsibility as a society to save those less fortunate than us during a pandemic.’

After four hours of efforts from activists and politicians outside Gracie Mansion, the Mayor’s administration agreed to open a line of communication with houseless constituents who are affected by relocation and displacement.

‘Victorious councilmember @HelenRosenthal can finally go home and eat!!!! She fought side by side with us for EIGHT hours today,’ the Open Hearts Initiative tweeted.

The protests on Sunday followed a night where demonstrators shut down the George Washington Bridge, stopping traffic to demand changes to the New York City Police Department funding and to advance their legislative efforts for the Breathe Act.

While some waved Black Lives Matter banners and donned T-shifts with the slogan on it, others linked arms as they came face-to-face with cops in the name of the Act which calls for a multitude of changes, including a ‘time-bound plan’ to close all federal prisons and immigration detention centers. 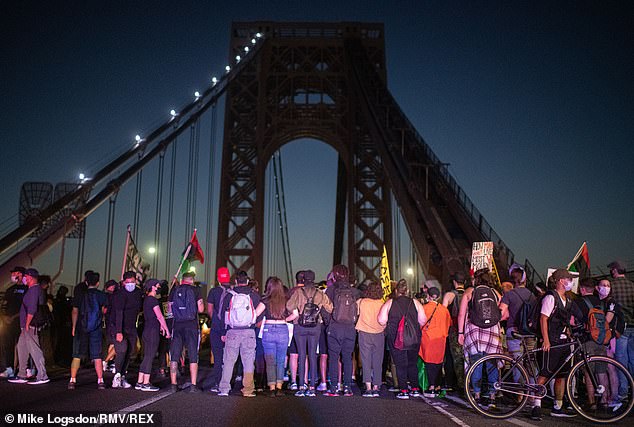 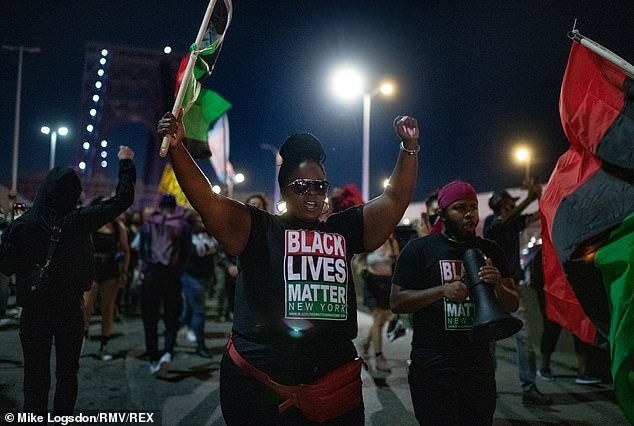 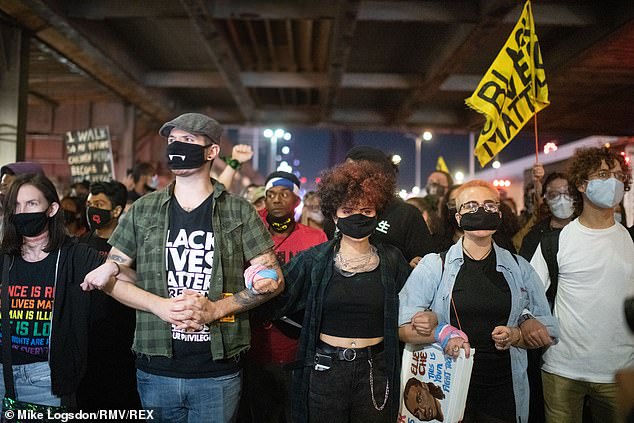 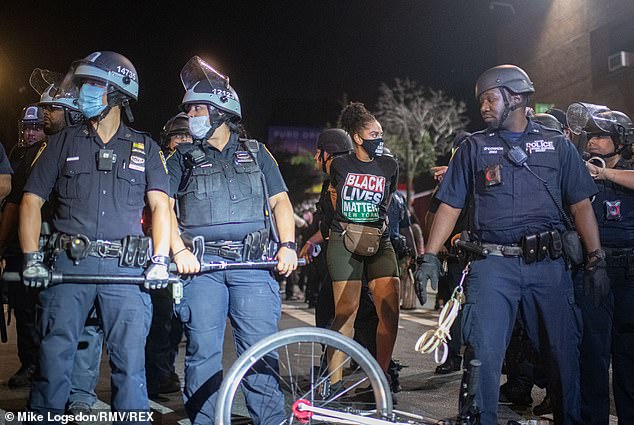 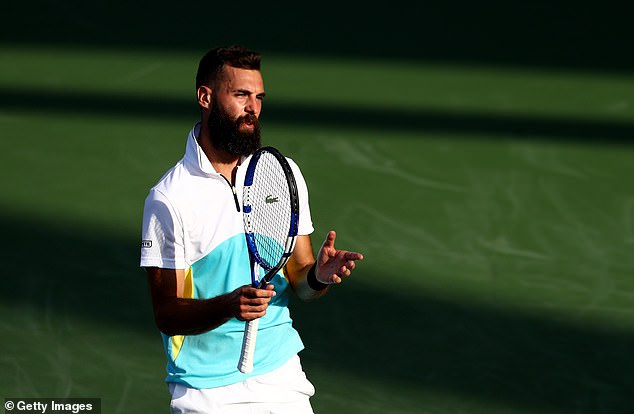