He breathed his last at AIIMS New Delhi a while ago and had been on ventilator support after testing positive for COVID-19 a few days ago.

Singh died around 11 am due to breathlessness and other complications, Kedar Yadav, who remains by the side of the septuagenarian, told PTI over phone.

He is survived by two sons and a daughter, he said.

The body of the 74-year-old leader will be brought to Patna for performance of the last rites, the aide said.

Singh was a long time associate of RJD supremo Lalu Prasad and a former National Vice President of the RJD.

Prime Minister Narendra Modi condoled the death and described Singh as someone who understood poverty.

“At the beginning of the programme, I have sad news to share with you. The veteran leader of Bihar, Raghuvansh Prasad Singh, is no longer with us. I bow to him,” Modi said at the outset of the inauguration of three metro projects in Bihar.

Modi said that Raghuvansh ‘Babu’s’ demise had created a void in the politics of Bihar and the country. “A person associated with land, a person who understood poverty, spent his entire life in the struggle of Bihar,” the PM said.

Union Home Minister Amit Shah said SIngh’s dedication towards the welfare of the poor and deprived classes will be remembered forever.

“I am deeply saddened by the death of senior Bihar politician Raghuvansh Babu. His entire life was devoted to the ideas of Lohia ji and Karpoori Thakur ji.

“His dedication to the welfare of the poor and deprived class will always be remembered. I express my condolences to his family. Om Shanti,” Shah said in a tweet in Hindi.

Of late Singh had fallen out with the RJD leadership and had written a resignation letter in his hand to Lalu Prasad who rejected it saying: “You are not going anywhere.”

Lalu Prasad was among the first leaders to condole the passing of his friend and tweeted “you will be greatly missed, my friend. What did you do?”

Singh is credited with energising UPA’s landmark flagship scheme MGNREGA as the rural development minister, under the Congress-led dispensation headed by then Prime Minister Manmohan Singh.

He also wrote a letter recently to Bihar CM Nitish Kumar asking him to pay attention to Vaishali and also to prominently displayed in public places the Vaishali relates verses of national poet Ramdhari Singh Dinkar.

The passing of Singh on the eve of Bihar elections is a body blow to RJD’s morale with senior leaders lamenting the loss.–with Agencies Economic Survey: China’s formula for 40 million jobs in 5 years, GDP growth forecast to be 6% to 6.5% in next financial year 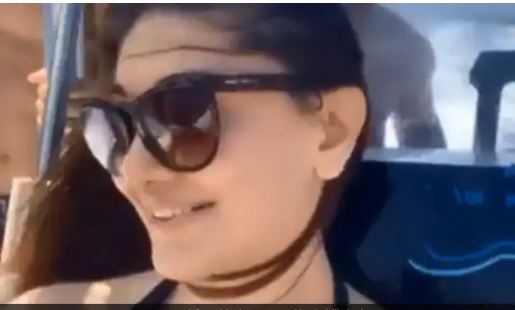 Video of Shefali Jariwala went viral amid lockdown, she was seen having fun at sea.