Albert Square is home to some of the most whirlwind romances in soap history.

While there have been happy marriages and baby booms, there have also been a number of eyebrow-raising relationships that viewers could have never seen coming.

The single residents of Walford have always been ready to mingle, but more often than not, it’s with the wrong person.

Here, we take a look at some of EastEnders’ most unlikely and odd romantic pairings that have blossomed throughout recent years.

It’s fair to say that EastEnders’ fans were left with their jaws firmly on the floor when resident moan Ian Beale first locked lips with sass-pot Denise.

Back in 2013, the unlikely pair found themselves in a steamy affair after putting their never-ending bickering to bed.

After their secret friendship developed further, Ian and Denis found themselves growing increasingly closer after forging a surprise bond.

Their relationship heated up when they got locked in the Minute Mart’s storage cupboard and shared a passionate kiss, and after a few steamy months together, Denise moved into the Beale household.

Denise’s new love life soon came crashing down due to the sudden return of Ian’s ex-wife Jane, and after Ian popped the question, she shared a saucy smooch with cheeky chap Fatboy during their engagement party.

The drama-filled love story eventually came to an end, with both Ian and Denise finding love elsewhere.

Most definitely one of the most surprising twists in EastEnders’ history of partners, Heather Trott and Darren Miller’s affair left baffled viewers gasping.

Heather had a one-night stand with an unidentified man in February 2009 and was stunned when she discovered she was pregnant.

She chose to keep the identity of the baby’s dad a secret although there were several contenders, and when she eventually gave birth to baby George, she decided to call the dad and let him know he was a father.

The father was eventually revealed to be Darren after the pair spent a steamy night together.

Denise showed her cougar side when she had a steamy fling with toyboy Fatboy in 2012, and before her boyfriend Ian Beale popped the question.

Arthur ‘Fatboy’ Chubb was the one that got away after he and Denise enjoyed a secret tryst.

Despite the age gap, things first got heated between them when the kind DJ rescued Denise from some unwanted attention during an awkward night out in The Vic.

After a couple of steamy days together, Denise ended the affair after Fatboy pushed her to go public with their romance.

Despite being shut down, he didn’t give up and made several cheeky attempts to win her over before Denise fell back into his arms at her engagement party to Ian.

Sadly Fatboy will always remain as Denise’s ‘one that got away’ after he was accidentally killed off by Ronnie.

Although Stacey was enjoying a happy whirlwind romance with his son Bradely, that didn’t stop Max from using his womanizing ways to seduce the gorgeous teen.

When Max first met Stacey, he was less than impressed and made it obvious how much he thought his son could do better.

Stacey soon fell pregnant and Max talked Bradley into an abortion – which destroyed his relationship.

Bradley’s cruel decision prompted Stacey to make a move on Max out of revenge and the affair began – destroying the lives of everyone around them.

After learning of their illicit affair, tragedy struck when Bradley fell from the roof of the Queen Vic in a bid to escape Stacey.

Although many years have passed since their fiery romance, Stacey and Max have revisited their feelings for each other.

Max recently began a relationship with Stacey’s friend, Ruby Allen which led to her being visibility jealous and seething with desire.

Continuing on in his string of younger women, in 2014, Max embarked on a forbidden relationship with Lucy Beale.

Just before her murder, the fling between the 20-year-old blonde beauty and her best friend Lauren’s womanizing dad began.

The pair made sure to keep thing under wraps but shortly before she was found dead, they were started to get blackmailed by a mystery somebody who secretly-snapped photographs of them together.

After months of speculation, the culprit was later revealed to be Max’s disgusted daughter Abi.

Their toxic relationship came to a head when they got embroiled in an argument in the carpark which got physical.

Lucy fell and hit her head, and Max was later spotted cleaning up his lover’s blood which eventually made him an early suspect following her death.

Kat Slater and her perfect romance with Alfie Moon is highly regarded as one of the most wholesome relationships in soap history.

Throughout the years, it seemed like nothing could come between the lovebirds – until deceiving Derek Branning came on the scene however.

In 2014, viewers made the shock discovery that Kat was having an affair with a mystery man.

Months of intrigue went by as eagle-eyed fans wondered who the culprit was as the queen of leopard print escaped to numerous hotel rooms and received flirty messages on the regular.

The world wasn’t ready to discover that Derek was the mystery man all along.

While Derek had a certain old-fashioned charm, it was difficult to believe Kat would cheat on lovely Alfie with such a cruel gangster.

After coming to her senses, Kat soon ended the affair, but things were never the same again between her and her Mr Moon.

Following his wife’s deceiving ways, Alfie decided to get his own back when he embarked on a love affair with Kat’s troubled cousin Hayley.

Hayley eventually fell pregnant with Alfie’s child and although he reassured her that he wanted to be a part of his baby’s life, he didn’t want to come clean about their affair.

Although Hayley goes along with this for a while, she later grows tired of Alfie’s bad behavior and moves out of the Slater house with the baby, who she’s decided to call Cherry.

It all came to a head on Christmas day when Kat discovered Alfie’s cheating ways. 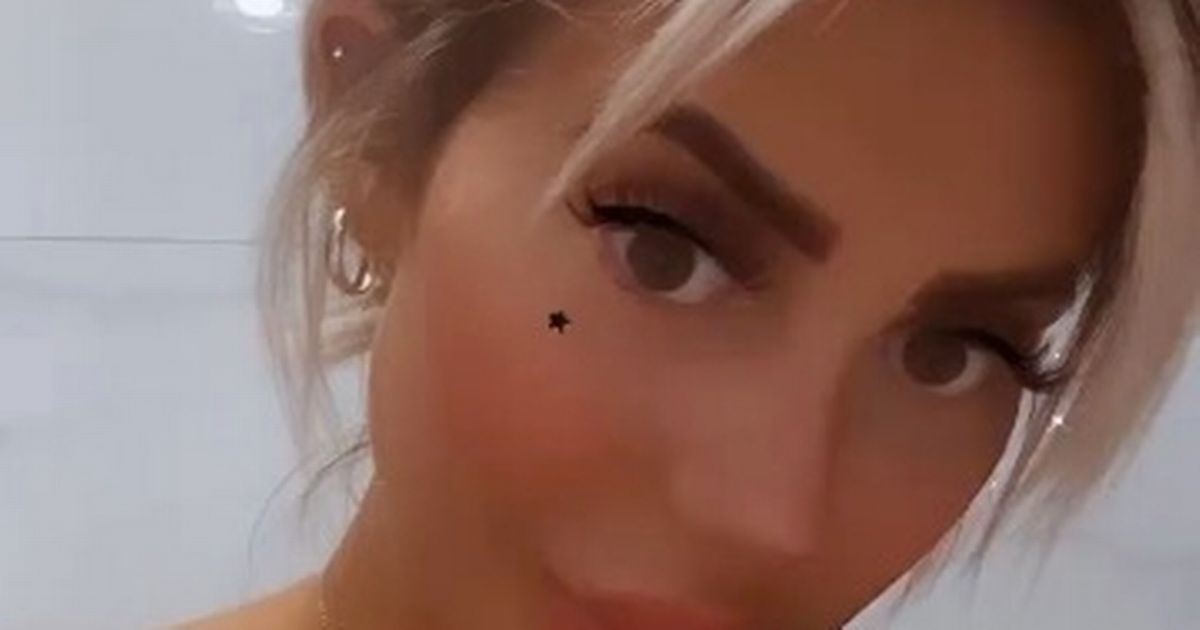